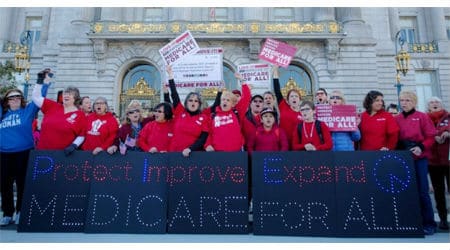 The ostensible frame of the debate was on the expected repeal of the Affordable Care Act.

But the presence of Sanders on the stage changed the discourse to a broader contrast of compassion or a ruthless you’re on your own society. (Scroll down to see full debate)

Speaking on behalf of the repeal and replace crowd, Cruz hammered away at the central Tea Party theme, “freedom” from “government” mandates (unless it is dictating the rules of women’s health choices, of course). Accompanied by the misleading mythology of the market, that with private insurance you have the “freedom” to choose your doctor, to design the health plan you want, and to pay what you want.

The sad irony of the ACA is that it was a convoluted attempt to straddle both worlds – public mandates, including the expansion of Medicaid, curbs on many insurance abuses, and a number of required benefits for ACA plans, with multiple handouts to entrench and enrich healthcare corporations, from insurers to hospitals to drug companies.

Only one replacement plan would actually fix the real holes in the ACA, and the far greater pre-ACA disaster that saw the U.S. plummet to 37th in world rankings on access, cost, and quality early in this century. That is, of course, as Sanders emphasized in his campaign, and in the debate, an improved Medicare for all.

Here’s a table, comparing and contrasting health care before the ACA, with the ACA fixes and limitations, what the Republicans propose today, and what an actual humane system would look like. 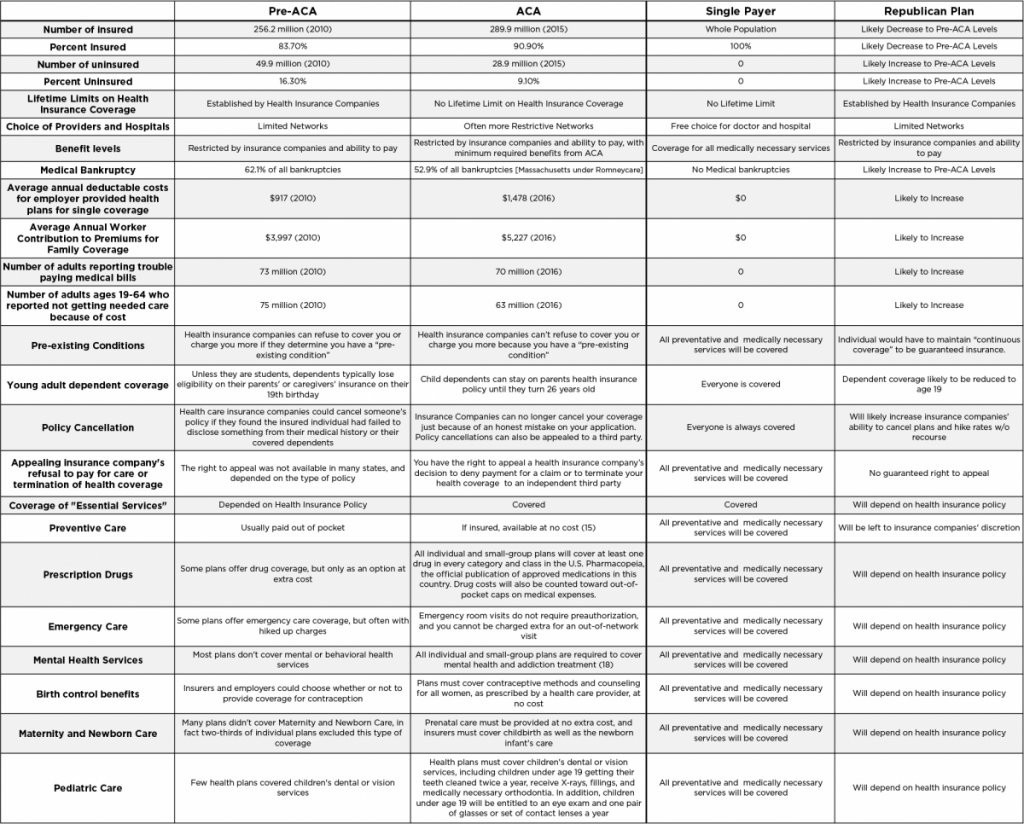 RoseAnn DeMoro is executive director of the 185,000-member National Nurses United, the nation’s largest union and professional association of nurses, and a national vice president of the AFL-CIO. Follow Rose Ann DeMoro on Twitter: www.twitter.com/NationalNurses

ACA, healthcare, Medicare for All