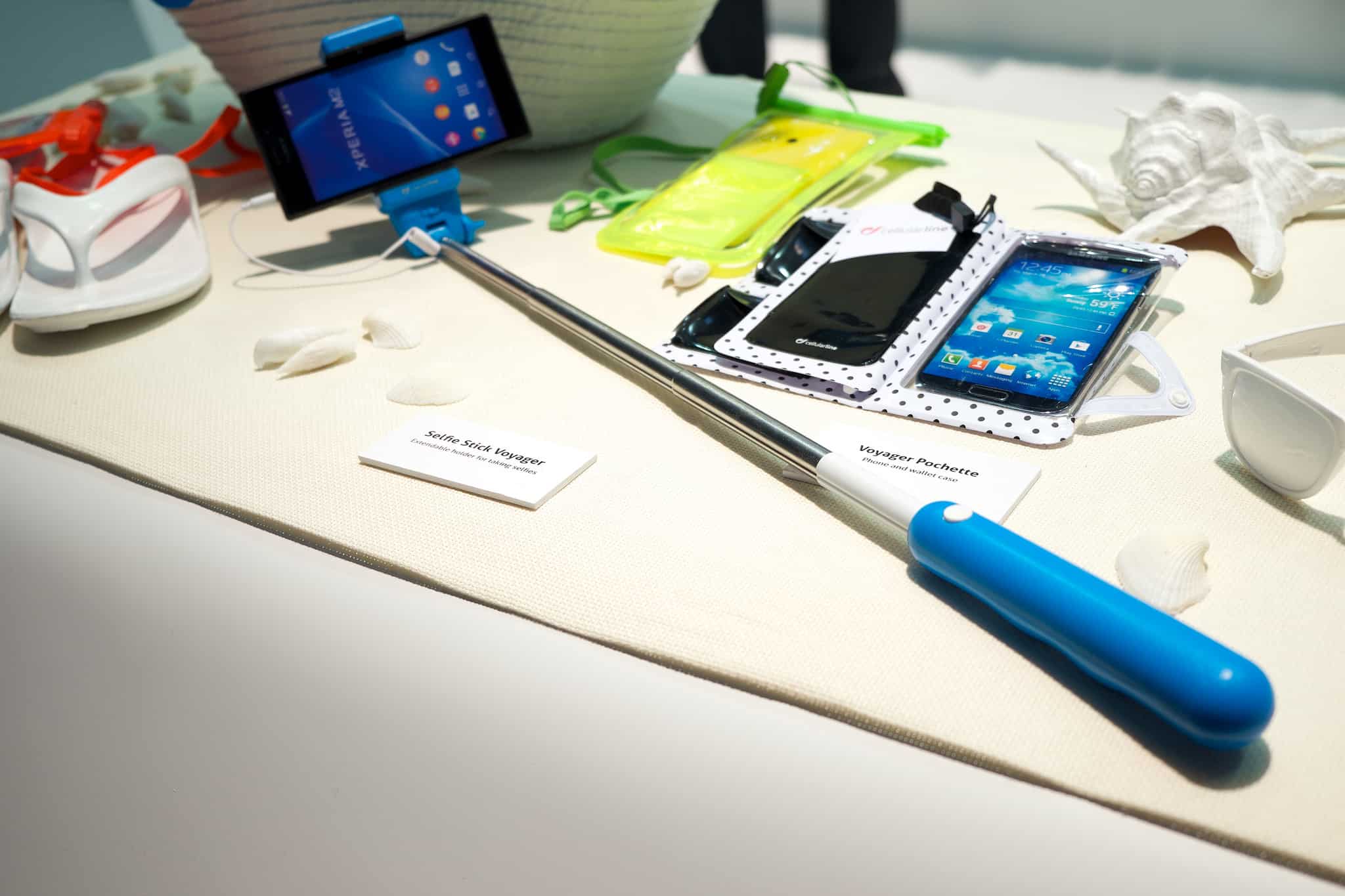 Michael P. Printup, president of Watkins Glen International, one of the country’s largest racetracks, stood with a group of about a dozen race fans at 8:30 a.m. Saturday. Next to him were boxes of free doughnuts and coffee. A line of men with towels, who had spent the night in nearby RV campers, pop-up campers and tents, stood patiently outside the door to a shower room. A light drizzle, one that would turn into a torrential downpour and lead to the races being canceled in the afternoon, coated the group, all middle-aged or older white men. They were discussing, amid the high-pitched whine of cars practicing on the 3.4-mile, 11-turn circuit racetrack, the aging demographic of race fans and the inability to lure a new generation to the sport.

“Maybe if you installed chargers for phones around the track they would come,” suggested one gray-haired man.

But it is not just sporting events. Public lectures, church services, labor unions, Veterans of Foreign Wars halls, Masonic halls, Rotary clubs, the Knights of Columbus, the Lions Club, Grange Hall meetings, the League of Women Voters, Daughters of the American Revolution, local historical societies, town halls, bowling leagues, bridge clubs, movie theater attendance (at a 20-year low), advocacy groups such as the NAACP and professional and amateur theatrical and musical performances cater to a dwindling and graying population. No one is coming through the door to take the place of the old members. A generation has fallen down the rabbit hole of electronic hallucinations—with images often dominated by violence and pornography. They have become, in the words of the philosopher Hannah Arendt, “atomized,” sucked alone into systems of information and entertainment that cater to America’s prurient fascination with the tawdry, the cruel and the deadening cult of the self.

The entrapment in a world of nonstop electronic sounds and images, begun with the phonograph and radio, advanced by cinema and television and perfected by video games, the Internet and hand-held devices, is making it impossible to build relationships and structures that are vital for civic engagement and resistance to corporate power. We have been transformed into commodities. The steady decline of the white male heaven that is NASCAR—which has stopped publishing the falling attendance at its tracks and at some speedways has begun to tear down bleachers—is ominous. It is the symbol of a captive society.

“We don’t see the youth coming in,” Printup said. “The millennial, the younger adults 18 to 35, is our target. We spend millions of dollars a year to target that group. But it’s hard. Look around. Who’s the youngest person here? That’s our problem. Every sport from the NFL to NHL is struggling with the 18 to 35 demographic. They call them weird. They call them difficult. They only want to look at their computers.”

Printup’s parent company, the International Speedway Corp. (ISC), has invested significant sums to reach this demographic with little to show for it.

“We have a digital firm that represents nearly all our tracks in the ISC,” he went on, noting that Watkins Glen, which drew about 16,000 fans this past weekend, is one of the few exceptions to the decline in numbers. “The digital platform is about the only way you can get to them. We target them. We buy lists. We hire an agency that tracks their Web and Internet interactions. If they bring up racing, we want to be there. When a kid Googles ‘Ferrari—racing—sports car’ we are one of the top 10 lists. We pay for that. It is not cheap. That’s how you have got to get these kids. But it’s not working the way it should.”

Robert D. Putnam pointed out the decline of independent civic engagement, or what he called our “social capital,” in his book “Bowling Alone: The Collapse and Revival of American Community.” He noted that our severance from local communal and civic groups brought with it not only loneliness and alienation, but also a dangerous and passive reliance on the state.

Totalitarian societies, including our own, inundate the public with a steady stream of propaganda accompanied by mindless entertainment. They seek to destroy independent organizations. In Nazi Germany the state provided millions of cheap, state-subsidized radios and then dominated the airwaves with its propaganda. Radio receivers were mounted in public locations in Stalin’s Soviet Union; and citizens, especially illiterate peasants, were required to gather to listen to the state-controlled news and the dictator’s speeches. These totalitarian states also banned civic organizations that were not under the iron control of the party.

The corporate state is no different, although unlike past totalitarian systems it permits dissent in the form of print and does not ban fading civic and community groups. It has won the battle against literacy. The seductiveness of the image lures most Americans away from the print-based world of ideas. The fascination with the image swallows the time and energy required to attend and maintain communal organizations. If no one reads, why censor books? Let Noam Chomsky publish as much as he wants. Just keep his voice off the airwaves. If no one attends community meetings, group events or organizations, why prohibit them? Let them be held in near-empty rooms and left uncovered by the press until they are shuttered.

The object of a totalitarian state is to keep its citizens locked within the parameters of official propaganda and permanently isolated. Propaganda and isolation make it difficult for an individual to express or carry out dissent. Official opinions, little more than digestible slogans and clichés, are crafted and disseminated by public relations specialists on behalf of the power elite. They are repeated endlessly over the airwaves until the public unconsciously ingests them. And the isolated public in a totalitarian society is unable to connect its personal experience of despair, anxiety, fear, frustration and economic insecurity to the structures that create these conditions. The isolated citizen is left feeling that his or her personal misfortune is an exception. The portrayal of society by systems of state propaganda—content, respectful of authority, just, economically secure and free—is mistaken for reality.

Totalitarian propaganda, accompanied by isolation, or what Arendt called “atomization,” makes it possible for a population not to “believe in anything visible, in the reality of their own experience; they do not trust their eyes and ears but only their imaginations, which may be caught by anything that is at once universal and consistent in itself.” This propaganda, Arendt went on, “gave the masses of atomized, undefinable, unstable and futile individuals a means of self-definition and identification.”

Corporate propaganda saturates the public, especially a generation wedded to new technology, with these lies. Its power, however, comes from the meticulous study of the moods, prejudices, whims and desires of the public, to manipulate the masses in their own language and emotions. Konrad Heiden made this point when he examined fascist propaganda in Nazi Germany, noting that propaganda must detect the murmur of the public “and translate it into intelligible utterance and convincing action.”

“The true aim of political propaganda is not to influence, but to study, the masses,” Heiden wrote. “The speaker is in constant communication with the masses; he hears an echo, and senses the inner vibration.” Heiden, forced to flee Nazi Germany, went on: “When a resonance issues from the depths of the substance, the masses have given him the pitch; he knows in what terms he must finally address them. Rather than a means of directing the mass mind, propaganda is a technique for riding with the masses. It is not a machine to make wind but a sail to catch the wind.”

Dissent will only be possible when we break the dark spell of corporate propaganda and the isolation that accompanies it. We must free ourselves from corporate tyranny, which means refusing to invest our emotional and intellectual energy in electronic images. We must build what the Russian anarchist Peter Kropotkin  called “voluntary associations for study and teaching, for industry, commerce, science, art, literature, exploitation, resistance to exploitation, amusement, serious work, gratification and self-denial.”

“We know well the means by which this association of the lord, priest, merchant, judge, soldier, and king founded its domination,” Kropotkin wrote. “It was by the annihilation of all free unions: of village communities, guilds, trades unions, fraternities, and medieval cities. It was by confiscating the land of the communes and the riches of the guilds; it was by the absolute and ferocious prohibition of all kinds of free agreement between men; it was by massacre, the wheel, the gibbet, the sword, and the fire that Church and State established their domination, and that they succeeded henceforth to reign over an incoherent agglomeration of subjects, who had no direct union more among themselves.”