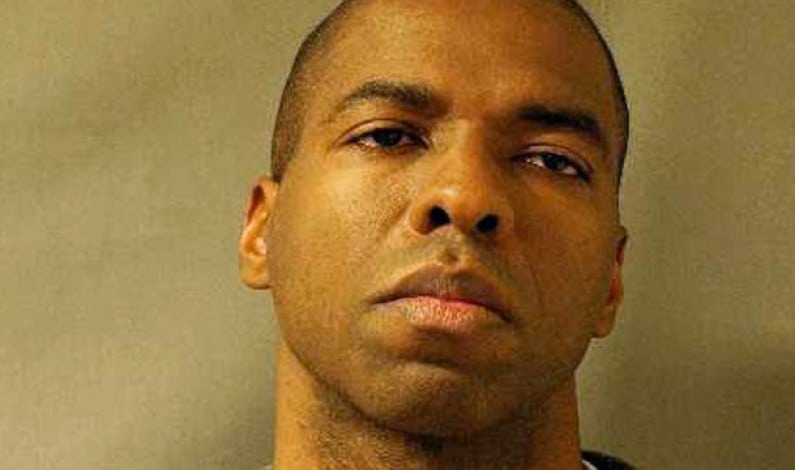 Jeffrey Alexander Sterling is an American lawyer and former CIA employee who was arrested, charged, and convicted of violating the Espionage Act — allegedly revealing details about Operation Merlin to journalist James Risen. (Wikipedia)

The mass media have suddenly discovered Jeffrey Sterling — after his conviction Monday afternoon as a CIA whistleblower.

Sterling’s indictment four years ago received fleeting news coverage that recited the government’s charges. From the outset, the Justice Department portrayed him as bitter and vengeful — with the classic trash-the-whistleblower word “disgruntled” thrown in — all of which the mainline media dutifully recounted without any other perspective.

Year after year, Sterling’s case dragged through appellate courts, tangled up with the honorable refusal of journalist James Risen to in any way identify sources for his 2006 book State of War. While news stories or pundits occasionally turned their lens on Risen, they scarcely mentioned Sterling, whose life had been turned upside down — fired by the CIA early in the Bush administration after filing a racial discrimination lawsuit, and much later by the 10-count indictment that included seven counts under the Espionage Act.

Sterling was one of the very few African American case officers in the CIA. He became a whistleblower by virtue of going through channels to the Senate Intelligence Committee in 2003 to inform staffers about the CIA’s ill-conceived, poorly executed and dangerous Operation Merlin, which had given a flawed design for a nuclear weapons component to Iran back in 2000.

Long story short, by the start of 2011, Sterling was up against the legal wall. While press-freedom groups and some others gradually rallied around Risen’s right to source confidentiality, Sterling remained the Invisible Man.

Like almost everyone, for a long time I knew close to nothing about Sterling or his legal battle. But as I began to realize how much was at stake in the government’s ongoing threat to jail Risen for refusing to betray any source, Sterling started to come into my peripheral vision.

Last spring, I worked with colleagues at RootsAction.org to launch a petition drive titled We Support James Risen Because We Support a Free Press. As petitions go, it was a big success, for reasons well beyond the fact that it gained more than 100,000 signers with plenty of help from other initiating groups (The Nation, FAIR, the Freedom of the Press Foundation, The Progressive and Center for Media and Democracy).

The Justice Department, which had been aggressively pursuing Risen for a half-dozen years at that point, was set back on its heels by the major favorable publicity that came out of our mid-August presentation of the Risen petition in tandem with a news conference at the National Press Club.

Quick media ripple effects included a strong column by Maureen Dowd in support of fellow New York Times journalist Risen (though she didn’t mention the petition or the news conference, which she attended). In the fall, I teamed up with a colleague at ExposeFacts.org, the incisive investigative journalist Marcy Wheeler, to write what turned out to be a cover story in The Nation, The Government War Against Reporter James Risen, providing the first in-depth account of the intertwined cases of Risen and Sterling.

But throughout the fall, for the mass media as well as all but a few progressive media outlets, Jeffrey Sterling remained the Invisible Man.

The principle of supporting whistleblowers as strongly as journalists is crucial. Yet support for the principle is hit-and-miss among individuals and organizations that should be clear and forthright. This need is especially great when the government is invoking “national security” claims.

As the whistleblower advocate Jesselyn Radack of the Government Accountability Project has said: “When journalists become targets, they have a community and a lobby of powerful advocates to go to for support. Whistleblowers are in the wilderness. … They’re indicted under the most serious charge you can level against an American: being an enemy of the state.”

We encountered this terrain when the same initiating groups launched a new petition — this one in support of Jeffrey Sterling — Blowing the Whistle on Government Recklessness Is a Public Service, Not a Crime.

Some groups that had been wonderfully supportive of the Risen petition — notably the Reporters Committee for Freedom of the Press and the Committee to Protect Journalists — opted not to have anything to do with the Sterling petition. In sharp contrast, quick endorsement of the Sterling petition came from Reporters Without Borders and the Government Accountability Project.

Two weeks ago, Jeffrey Sterling went to trial at last. He was at the defense table during seven days of proceedings that included very dubious testimony from 23 present and former CIA employees as well as the likes of Condoleezza Rice.

When a court clerk read out the terrible verdict Monday afternoon, Sterling continued to stand with the dignity that he had maintained throughout the trial.

At age 47, Jeffrey Sterling is facing a very long prison sentence. As a whistleblower, he has done a lot for us. He should be invisible no more.