Even the most ossified biases and entrenched institutional injustices can be subverted – if the necessary passion and will are summoned and the right strategies found. 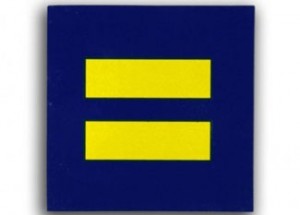 The US Supreme Court this morning is hearing oral argument in two cases challenging the constitutionality of laws that discriminate against same-sex couples. It is expected that the Court will at least strike down the Defense of Marriage Act, as multiple lower courts have done, on the ground that it denies equal government benefits to same-sex couples (such as immigration rights). Over the past two weeks, numerous national Democratic politicians, led by Hillary Clinton and joined by other centrist to conservative senators, announced that they have changed their minds and now support marriage equality, a move tellingly perceived as an attempt to get on “the right side of history”. All of that was preceded by a reliably right-wing GOP Senator, Rob Portman, doing the same by citing his gay son. Marriage equality is a position the US president and his party formally endorse, and polls continue to show dramatic increases in public support to the point where it is now a position affirmed by a large majority of Americans. It’s conventional wisdom that national gay marriage is inevitable; the tipping point has clearly been reached.

It really is a bit shocking how quickly gay marriage transformed from being a fringe, politically toxic position just a few years ago to a virtual piety that must be affirmed in decent company. Whenever I write or speak about any of the issues on which I focus, I always emphasize that a posture of defeatism – which is a form of learned impotence: a belief that meaningful change is impossible – is misguided. This demonstrates why that is true: even the most ossified biases and entrenched institutional injustices can be subverted – if the necessary passion and will are summoned and the right strategies found.

I don’t want to overstate the lesson here. There are reasons why such radical change on this issue is easier than on many others. Social issues don’t threaten entrenched ruling interests: allowing same-sex couples to marry doesn’t undermine oligarchs, the National Security State, or the wildly unequal distribution of financial and political power. Indeed, many of those ruling interests, led by Wall Street and other assorted plutocrats(including Obama’s donor base), became the most devoted advocates for LGBT equality. If anything, one could say that the shift on this issue has been more institution-affirming than institution-subverting: the campaign to overturn “Don’t Ask, Don’t Tell” continually glorified and even fetishized military service, while gay marriage revitalizes a traditional institution – marriage – that heterosexuals have been in the process of killing with whimsical weddings, impetuous divorces, and serial new spouses (as Rush Limbaugh might put it: I’d like you to meet my fourth wife). And these changes are taking a once marginalized and culturally independent community and fully integrating it into mainstream society, thus making that community invested in conventional societal institutions.

Independently, as gay people came out of the closet, large numbers of Americans realized that anti-gay discrimination directly harms family members and other people they love and thus began to care about those harms, so a perceived self-interest was triggered that is lacking with other injustices (that’s what CNN calls the “Portman effect”: 57% of Americans now say they have a family member or close friend who is gay or lesbian). And for a variety of reasons, gay Americans and their close supporters were able to assemble substantial financial and political clout(a redundancy) that remains unavailable to opponents of other types of injustice.

Still, this is a momentous change in both public opinion and law that affects – and improves – the lives of millions of people (DOMA is what prevents me, and thousands of other gay Americans, from living in the US with my spouse, while the legal and social stigma of officially sanctioned inequality is, by itself, devastating for gay children). The discrimination has been rooted in centuries of intense social and religious indoctrination. That this is now being uprooted is a testament to how core political liberties – free speech and free associational rights – can enable all forms of political change. That same type of rapid and previously unthinkable change is visible with other unjust laws:oppressive drug prohibition being the leading example. But one can easily find all sorts of examples from American history and the recent history of other countries which reflect the same truth: radical, positive, and relatively fast political change is always possible, no matter how formidable the obstacles seem.

Defeatism is more often than not a psychological instrument designed to relieve one of the responsibility to act (if change is impossible, then I have no reason and no obligation to work or take risks for it). That is bolstered by the effort of all ruling interests to instill a sense of powerlessness and hopelessness in those they suppress; systemic power abuses are, above all else, designed to persuade people of the futility of opposition, to adopt a defeatist mindset. But it is a mindset that finds little to no support in political history. The rapid and relentless dismantling of the anti-gay legal and societal framework in the US is yet more proof for that proposition.