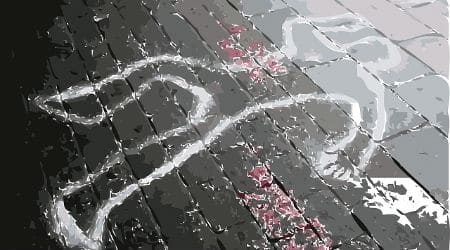 Almost a year and a half into Saudi Arabia’s U.S.-backed bombing campaign in Yemen, the humanitarian toll has become so extensive that the International Committee of the Red Cross has taken the unusual step of donating entire morgue units to Yemeni hospitals.

“The hospitals were not able to cope,” said Rima Kamal, a Yemen-based spokesperson for the Red Cross. “You could have more than 20 dead people brought into one hospital on one single day. The morgue capacity at a regular hospital is not equipped to handle this influx of dead bodies.”

“At times several dead bodies had to be stored on one shelf to avoid further decomposition,” Kamal continued. “The situation was not sustainable.”

Saudi Arabia began bombing Yemen in March 2015, after Houthi rebels took control of the capital and forced Yemen’s Saudi-backed leader, Abdu Rabbu Mansour Hadi, into exile. The United Nations has since attributed the majority of the war’s 6,500 deaths to the Saudi coalition, which the U.S. and U.K. have resupplied with tens of billions of dollars of weapons.

The Red Cross has donated body bags and refrigerated storage machines to three hospitals – two in the capital of Sana’a, and one in Dhamar, in southwestern Yemen. “More are in the pipeline,” said Kamal.

“It is not that common for the ICRC to donate morgues,” said Kamal. “The fact that we now do is telling of the size of the human tragedy in Yemen.”

Yemen’s hospitals often store bodies for a long period of time before they can be identified. Displaced people often lose contact with their families, who don’t know where to search for missing relatives. After a while, unidentified bodies are buried in anonymous graves.

Shortages of electricity, fuel, and medical supplies also affect hospitals’ ability to provide care. The Red Cross has had to donate generators to help ensure medical facilities and morgue units were provided with power.

Both sides in the conflict are complicit in the hundreds of reported attackson clinics and hospitals, which have led many to close, leaving more than 14 million Yemenis without access to healthcare.

In addition to a relentless bombing campaign, the Saudi-led coalition has maintained a strict naval blockade of the country, which previously imported 90 percent of its food, medicine, and fuel. As a result, the war in Yemen has spawned one of the world’s largest human-made humanitarian disasters.

UNICEF reported in May that more than 21 million people – nearly 90 percent of Yemen’s population –are in need of humanitarian assistance. Fourteen million people lack sufficient food, with more than 320,000 children under 5 years old at risk of severe malnutrition.

The situation has been exacerbated by recent surge of airstrikes. In the days following the collapse of one-sided peace talks last month, the Saudi-led coalition bombed a key bridge to Sana, which Oxfam estimates carried 90 percent of World Food Program aid to the besieged city. Days later, Saudi Arabia announced the closure of the Sana airport, effectively cutting of humanitarian aid to millions of people.

As Yemen descends into chaos, the U.N. is facing a lack of resources. The current humanitarian response plan for Yemen calls for $1.8 billion, but the international community has only funded 28 percent of it. Ironically, 60 percent of the money comes from countries involved in bombing Yemen or supplying weapons to the coalition.

Under pressure from critics to end the war, Secretary of State John Kerry arrived in Jeddah, Saudi Arabia, on Wednesday, to participate in talks about the situation in Yemen. Kerry’s visit comes as numerous Human Rights groups are calling for a Saudi arms embargo, and as several U.S.congressmen are trying to block arms shipments.