The Costs of War, the Price of Peace 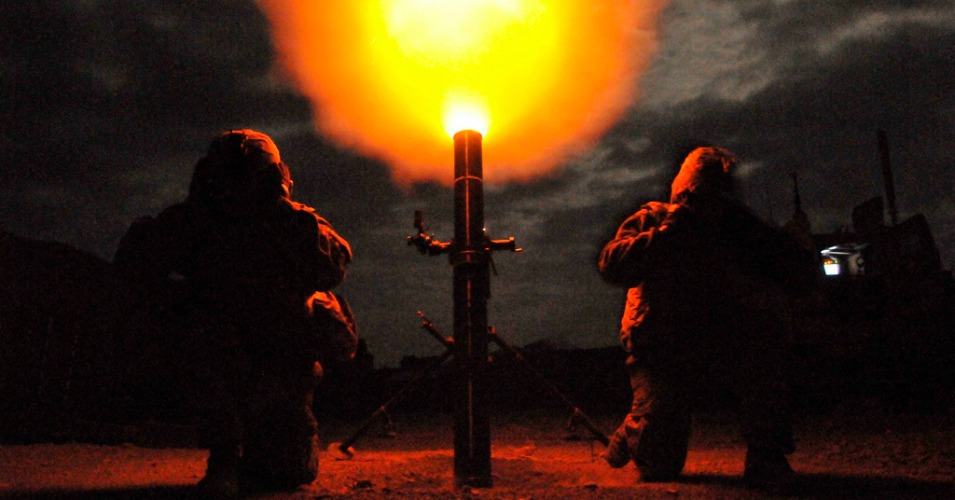 What price would you pay not to kill another human being? At what point would you commit the offenses allegedly perpetrated by Sgt. Bowe Bergdahl, who was charged Wednesday with desertion and “misbehavior before an enemy?”

Bowe Bergdahl was a private when he left his post in Afghanistan, under circumstances that are still unknown to the public, and was captured by the Taliban. They imprisoned him for five years, until he was released in a controversial prisoner swap negotiated by the Obama administration. Five Taliban members who were held for years at Guantanamo Bay were released to house arrest in Qatar in exchange for Bergdahl. He now faces a court-martial and potentially life in prison. Meanwhile, the architects of the disastrous wars in Iraq and Afghanistan remain untried, while a new report asserts that up to 1.3 million people have been killed in Iraq, Afghanistan and Pakistan in the first 10 years of the so-called war on terror.

The report is called “Body Count” and is published in the U.S. by Physicians for Social Responsibility. “It has been politically important to downplay Allied forces’ responsibility for the massive carnage and destruction in the region,” writes San Francisco doctor Robert M. Gould in the report’s foreword. He told me: “We need to take full responsibility for the true cost of war as we are preparing to continue our involvement in Afghanistan and deepen our involvement in Syria and Iraq. There’s great anger throughout the region about our involvement and the underplaying here of what the true costs are in terms of death and destruction.”

This report was released just as Afghanistan’s new president, Ashraf Ghani, was welcomed at the White House by President Barack Obama. Obama announced that he is slowing the planned departure of U.S. troops from Afghanistan, leaving 9,800 soldiers at least through the end of 2015. “It is my judgment, it’s the judgment of General [John] Campbell and others who are on the ground, that providing this additional time frame during this fighting season for us to be able to help the Afghan security forces succeed is well worth it,” Obama said. America’s longest war continues, with no end in sight. Ghani visited the Pentagon during his time in Washington, as well as Arlington National Cemetery, where he laid a wreath of flowers to honor the fallen U.S. soldiers.

“Body Count” provides a startling update to the previously widely accepted estimate of casualties from the war on terror in Iraq, Afghanistan and Pakistan. “The figure is approximately 10 times greater than that which the public, experts and decision makers are aware. … And this is only a conservative estimate,” the report stated. “The total number of deaths in the three countries … could also be in excess of two million, whereas a figure below one million is extremely unlikely.” The report, writes former U.N. Deputy Secretary-General Hans von Sponeck in its introduction, “must be seen as a significant contribution to narrowing the gap between reliable estimates of victims of war, especially civilians in Iraq, Afghanistan and Pakistan and tendentious, manipulated or even fraudulent accounts. These have in the past blurred the picture of the magnitude of death and destitution in these three countries.” Von Sponeck—who, in 1957, was one of West Germany’s first conscientious objectors—also served as the U.N.‘s Humanitarian Coordinator for Iraq at the time when crushing sanctions were killing thousands of people in that country. He resigned in protest of the sanctions.

We have not heard former POW Bowe Bergdahl explain, in his own words, how or why he left his post that June night in 2009. If he is subjected to the same military “justice” that Chelsea Manning received, we may be denied access to Bergdahl’s voice completely through the trial. In Manning’s court-martial, his voice was only heard because of a leaked, clandestinely made recording. The late Rolling Stone journalist Michael Hastings reported on Bergdahl, quoting emails from Bowe to his parents, before he was captured, that were harshly critical of the U.S. occupation. Bowe wrote, “I am sorry for everything here.”

Afghan President Ghani honored thousands of U.S. military dead at Arlington National Cemetery. Will his gesture inspire President Obama, or his successor, to travel to the many cemeteries swollen with war dead in Iraq, Afghanistan and Pakistan?