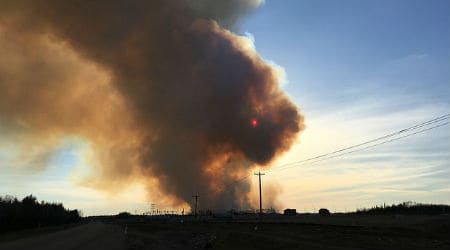 By Martin Lukacs
The Guardian

As the fire that ravaged Fort McMurray finally moves past the city, and the province tallies the heartbreaking damage, a search will begin to discover the source of the destruction.

Investigators will comb the nearby forests for clues, tracing the fire’s path to what they call its “point of origin.” They’ll interview witnesses, collect satellite imagery, and rule out natural causes—much like the work of detectives.

Except in the age of climate change-fuelled mega-fires, this truly is a crime scene.

Not, I mean, the handiwork of troublesome teenagers, nor a campfire left accidentally burning. The devastation of Fort McMurray is the predictable outcome of arson on an entirely different scale.

Continue reading the full article at The Guardian