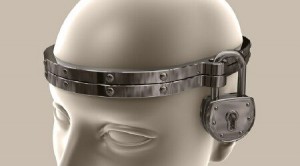 by Dan Gillmor
The Guardian

Among the many betrayals of the Obama administration is its overall treatment of what many people refer to as “intellectual property” – the idea that ideas themselves and digital goods and services are exactly like physical property, and that therefore the law should treat them the same way. This corporatist stance defies both reality and the American Constitution, which expressly called for creators to have rights for limited periods, the goal of which was to promote inventive progress and the arts.

In the years 2007 and 2008, candidate Obama indicated that he’d take a more nuanced view than the absolutist one from Hollywood and other interests that work relentlessly for total control over this increasingly vital part of our economy and lives. But no clearer demonstration of the real White House view is offered than a just-leaked draft of an international treaty that would, as many had feared, create draconian new rights for corporate “owners” and mean vastly fewer rights for the rest of us.

I’m talking about the appalling Trans-Pacific Partnership agreement, apartial draft of which WikiLeaks has just released. This treaty has been negotiated in secret meetings dominated by governments and corporations. You and I have been systematically excluded, and once you learn what they’re doing, you can see why.

The outsiders who understand TPP best aren’t surprised. That is, the draft “confirms fears that the negotiating parties are prepared to expand the reach of intellectual property rights, and shrink consumer rights and safeguards,” writes James Love a longtime watcher of this process.

Needless to say, copyright is a key part of this draft. And the negotiators would further stiffen copyright holders’ control while upping the ante on civil and criminal penalties for infringers. The Electronic Frontier Foundation says TPP has “extensive negative ramifications for users’ freedom of speech, right to privacy and due process, and hinder peoples’ abilities to innovate”. It’s Hollywood’s wish list.

Canadian intellectual property expert Michael Geist examined the latest draft of the intellectual property chapter. He writes that the document, which includes various nations’ proposals, shows the US government, in particular, taking a vastly different stance than the other nations. Geist notes:

[Other nations have argued for] balance, promotion of the public domain, protection of public health, and measures to ensure that IP rights themselves do not become barriers to trade. The opposition to these objective[s] by the US and Japan (Australia has not taken a position) speaks volumes about their goals for the TPP.

The medical industry has a stake in the outcome, too, with credible critics saying it would raise drug prices and, according to Love’s analysis, give surgeons patent protection for their procedures.

Congress has shown little appetite for restraining the overweening power of the corporate interests promoting this expansion. With few exceptions, lawmakers have repeatedly given copyright, patent and trademark interests more control over the years. So we shouldn’t be too optimistic about the mini-flurry of Capitol Hill opposition to the treaty that emerged this week. It’s based much more on Congress protecting its prerogatives – worries about the treaty’s so-called “fast track” authorities, giving the president power to act without congressional approval – than on substantive objections to the document’s contents.

That said, some members of Congress have become more aware of the deeper issues. The public revolt against the repugnant “Stop Online Piracy Act” two years ago was a taste of what happens when people become more widely aware of what they can lose when governments and corporate interests collude.

If they become aware – that’s the key. One of TPP’s most abhorrent elements has been the secrecy under which it’s been negotiated. The Obama administration’s fondness for secret laws, policies and methods has a lot to do with a basic reality: the public would say no to much of which is done in our names and with our money if we knew what was going on. As Senator Elizabeth Warren pointed out, in a letter to the White House:

Thanks to WikiLeaks, we have at least partial transparency today. The more you know about the odious TPP, the less you’ll like it – and that’s why the administration and its corporate allies don’t want you to know.