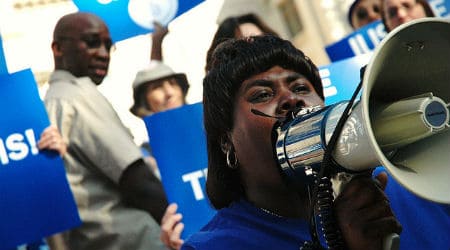 The ACLU of California broke the news that Facebook, Twitter, and Instagram had data deals with Geofeedia – a social media company that characterized activist groups and unions as “overt threats” and marketed its tool to monitor protests.

Social media is a driver for activism, political conversation, and the fight for human rights. We need to make sure it continues to be a safe forum for millions to connect about the most important issues in our lives – and can’t be used as funnels for a surveillance database.