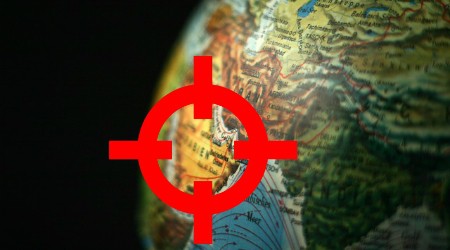 The Trump regime is clearly staking out a hawkish, antagonistic policy line toward Iran. Is the U.S. actually on a path to war with that country?

The man in the White House made abundantly clear during the campaign that he intends to undermine, if not abandon entirely, the Obama era nuclear weapons agreement with Iran. This agreement, reached through international consensus, represented the most significant nuclear non-proliferation agreement in decades. At his first White House meeting with Israel’s Prime Minister, Trump reiterated his animosity to the nuclear deal specifically and to Iran generally. Benjamin Netanyahu readily echoed his bellicosity.

In the midst of this U.S. saber rattling, Iran is slated to hold its own presidential election in May. President Hassan Rouhani, who negotiated the nuclear agreement with the West, will certainly face a hardliner opponent.

At this month’s Other Voices forum, we’ll take a deep dive into both the U.S. threats toward Iran and the internal political dynamics in Iran. 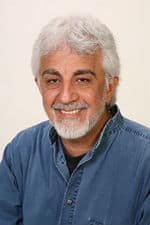 Ali Ferdowsi, Professor of History and Political Science, is a native of Iran who travels there frequently, keeping a keen eye on political and social developments.

After receiving his Ph.D. in sociology from the University of Pennsylvania in 1985, Ali Ferdowsi studied as a post-doctoral fellow in the Graduate Program in Demography at the University of California, Berkeley. He taught for three years as a visiting professor in the Department of Middle Eastern Studies at Tokyo University for Foreign Studies in Japan.

After working for five years as an International Specialist for NHK (Japan Broadcast Corporation), he returned to the United States in 1997 and began teaching in the Department of History and Political Science at Notre Dame de Namur University.

YOU are an important part of every Other Voices forum.