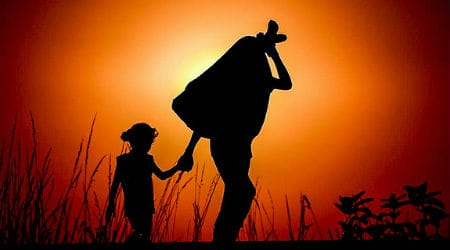 A conversation with
REESE ERLICH
Author of “Inside Syria”, “Conversations with Terrorists” and others
Foreign Correspondent, Print and Broadcast Journalist

Let us know you’re coming with an RSVP!
RSVP Not required. Your RSVP helps make sure we have enough chairs and handouts.

The war drums are thundering from Paris to Moscow to the halls of Congress, as calls to “destroy ISIS” reverberate around the globe following the horrifying 11/13 attacks in the French capital. As the militaries of numerous countries set their sites on Syrian bombing targets, however, it is still not clear who is fighting who, nor even why. And now, some US politicians are calling out for a US ground invasion (our own Sen. Feinstein included).

Each of the countries involved in the Syrian civil war and attacks on ISIS has a different agenda, different policy goals. And these agendas and national interests stand in stark conflict with the others.

Meanwhile, thousands of refugees who are fleeing the terrifying reality of life in war-torn Syria find themselves reduced to political fodder, especially in Washington. Rather than rushing to the aid of the refugees, politicians try to score political points in this political season with crass appeals to “national security” — humanitarianism be damned.

What are the conflicting national agendas of the US, Saudi Arabia, Turkey, Iran, France, Russia, Kurdistan and the others? Whose role is it to stop ISIS and how is that to be accomplished? And, critically, how do we get the innocent refugees out of the crossfire while keeping US forces out of another region-destabilizing ground war in the Middle East? 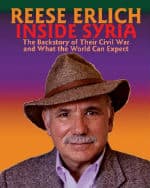 To help us find our way through this confusing morass, we are pleased to be joined by journalist Reese Erlich, who has made numerous reporting trips to the region. He has just recently been visiting Jordan and Iraqi Kurdistan. Reese is the author of numerous books about US foreign policy and its effects. His most recent book, “Inside Syria“, examines the political puzzle palace that is Syria. He also wrote “Conversations with Terrorists” in which he interviewed Syrian President Bashar al Assad. In 2012, the Society of Professional Journalists (Nor Cal) awarded Erlich a prize for best “radio explanatory journalism” for his documentary “Inside the Syrian Revolution.” Read Reese’s recent article for Politic, “How Putin is Wooing America’s Closest Syrian Allies.”   (Visit Reese’s website.)