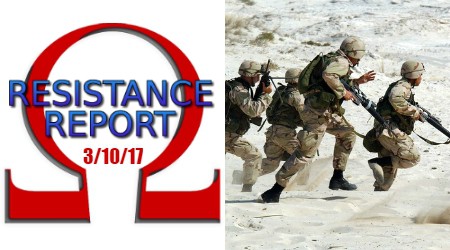 My guess is that Trump is sending a Marines artillery unit so as to bring heavy weaponry to the battlefield against Daesh (ISIS). Having the Americans handle this weaponry avoids a raging back and forth with Turkey about the propriety of giving heavy weapons to the Kurdish. If so, this deployment is political more than it is military. US commanders are talking about staying in the region after Daesh is defeated to pacify it. These are a whole series of Very Bad Ideas.

Rebecca Kheel, The Hill: Dem seeks to block US troops going to Syria after Marines deployed

“We owe it to our brave service members to live up to our constitutional duty,” Rep. Barbara Lee said. “I urge my colleagues on both sides of the aisle to join me in preventing this president from sending our troops into yet another unchecked, ill-advised war without a full and robust debate from Congress.”

Ali and his wife live in Gaziantep, where he works as a waiter in a Syrian restaurant in the city. “Will jobs be available in these safe zones? Will there be social justice? Will these zones be protected by organized forces? I escaped Aleppo so I don’t have to join the army or take up arms. Today, I am not working in my field of expertise, yet I am not considering moving back to Syria while the war is still raging there.”