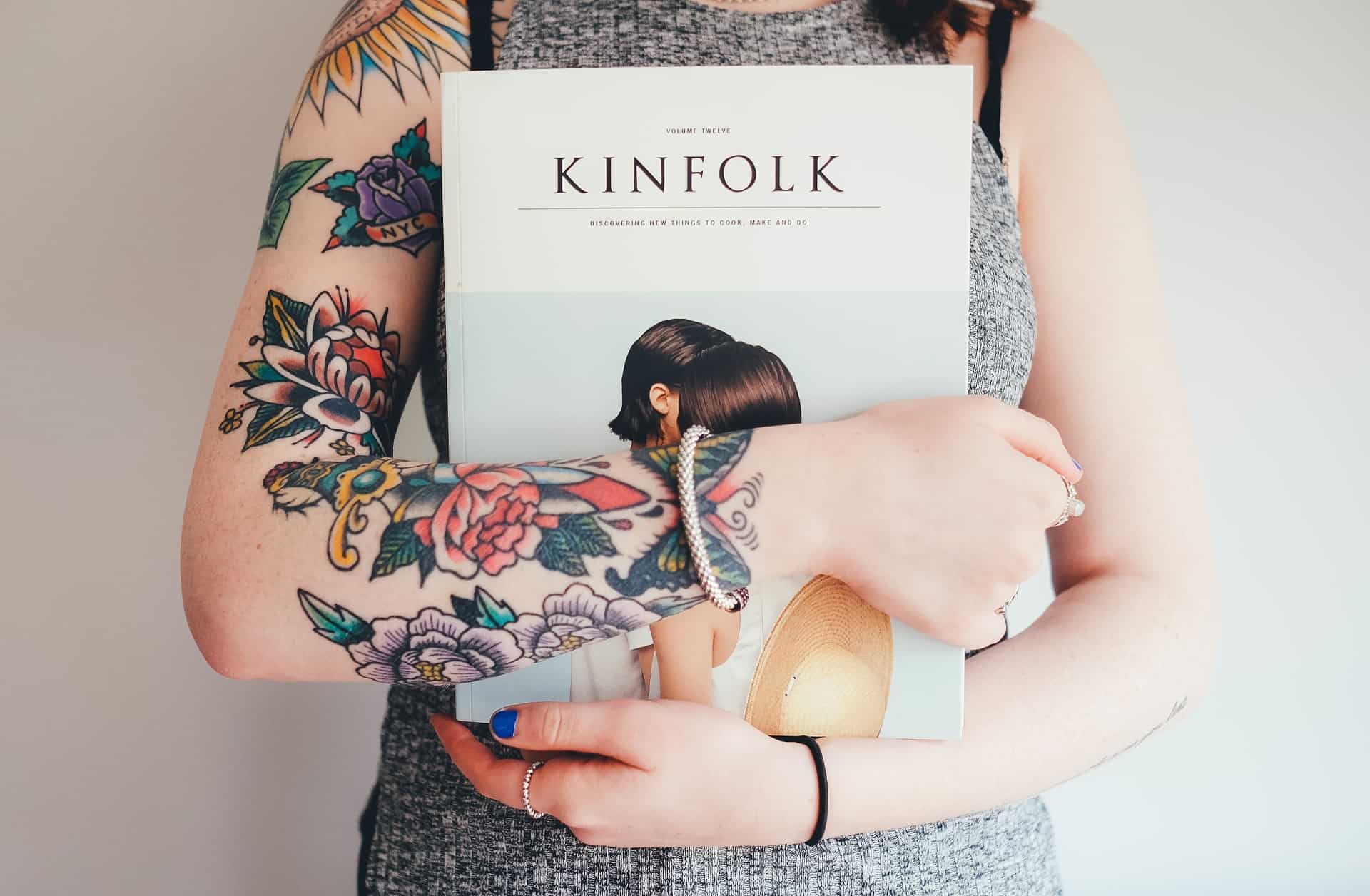 In addition to inspecting the unseemly Trump phenomenon and the incremental uptick in radical jihadism, apocalypse watchers should look hard at a particular signpost of youth culture for their daily dose of angst: The first point that strikes me about body art is the notion by many that artificial marks on a person’s body is a flat rejection of God’s design. But what most people who brandish tattoos don’t realize is that they are substituting one god for another.

Let me back up.

No one was more vilified during the hippie heyday than folksinger Joan Baez. The mainstream reviled her, and counterculture types found her somehow inauthentic. Because I loved her work, particularly the Anglo-Irish stuff, I was torn. I could sense the Joanie-Phonyisms but wished the firebrands would cut her some slack. When she changed a pivotal word in Paul Simon’s “The Dangling Conversation,” however, I got pissed. Simon wondered, “Is the theater really dead?” Baez crooned, “Is the church really dead?” Besides the fact that the rhythm cries out for a three-syllable word, she had made a gigantic alteration to the meaning of the song.

But despite my objections to the liberties she took, I’d like to examine the question she raised 50 years ago for its relevance today.

Several Protestant theologians of the 1960s and ’70s, civil rights and peace activist William Sloane Coffinamong them, wondered publicly whether God was dead. And, as if to answer in the affirmative, Christian churches between then and now have experienced marked attrition for myriad reasons. Computer technology has, on an ongoing basis and ever-accelerating timetable, raised science to the status of divinity. Our lives are so inextricably tied to mechanical objects that any concept that cannot be empirically proved is seen as valueless.

While materialism was anathema to the counterculture of the ’60s and ’70s, the newest-left millennials who favored Bernie Sanders seem at peace with it. They would certainly never deny themselves the latest iPhone. Another disturbing fact is that lecture, sermon and homily have gone out of vogue. Education and formal worship are so traumatized by the prospect of students and parishioners becoming bored that our sages, both secular and ecclesiastical, are routinely discouraged from the time-honored practice of holding the floor for a few minutes.

When I was a kid, my mother and father would lead Sunday-dinner discussions on the meaning of the rector’s sermon.

Not likely anymore, now that Gen Xers and Gen Nexters are parents. They are all part of Generation Text, and that is a very secular group. The idea of parents and children sitting down together for a meal is, in and of itself, a pretty radical notion these days,—and the idea of two generations discussing themes of religious and moral import borders on lunacy. So the question posed by Baez and prominent ecclesiasts several decades ago about the death of God, and hence institutionalized Christian worship, has real currency.

The new faithlessness—it seems fashionable now to call it agnosticism—was clearly accelerated by indifference at the top of the Roman Catholic Church to pedophilia scandals involving its ranks, its resistance to the ordination of women, and its hesitancy to recognize the prevalence of homosexual clergy. Generalizing about the overall reluctance of ecclesiasts to adapt to the reality of the sexual revolution is not wrong. But how to deal, for instance, with widespread heroin addiction among the youth of New Hampshire (and many other American locales) is a question that goes far beyond merely choosing Maggie Hassan or Kelly Ayotte for U.S. senator there. It cuts to the heart of our culture’s current spiritual crisis.

Tribalism has existed as long as human beings have walked the earth. And in ancient times, body markings actually had religious significance. But now the patriarchal or fraternal group is at the center of men’s lives. Increasingly, women have formed their own tribes in a time when living single has gained cachet and merely aligning with male groups and adhering to their dictates is over. Women with male spouses, moreover, are often inclined to form alliances outside the nuclear family. Clearly for males, even when traditional religious practice was more dominant, the primary identification of white Europeans and their descendants was with bands of brothers.

Tribal loyalties are perhaps more passionately felt than emotional ties of any other kind, including those to one’s god. God is an abstraction—while moms, dads, children, biker gangs, veterans groups, trucking unions, football teams, busty babes and Celtic crosses are more palpable. (It’s fascinating to me that the Celtic cross, a common image on the burly biceps of latter-day Celts and others, is of pagan origin, predating Christianity in the British Isles.) Such things are the icons the tattoo-wearers want the world to associate with them.

As a sign of the narcissistic aspect of showing a tribe’s holiness on the skin, tattoos are a way of eroticizing the body as it takes on the signature of so much more than itself. There is a sense of enhancement, the body’s treasures aggrandized by adornment, made universal by the inclusion of iconography that eclipses the mere individual. The person having sex with a tattoo-covered mate is partaking of a ritualistic gang-bang, encompassing the entire tribe in the embrace of one standard-bearer. If “Mom” or some form of “father” appears on the skin, there is a hint of the tribe’s authority and durability.

Recently, over a latte at Starbucks, I spoke with Dahlia, a 19-year-old tattoo-wearer, about the words and images on her arms. I was hesitant at first, because her look before I approached her was on the sullen, punkish side. That first impression quickly dissolved as she turned out to be friendly and polite, purple hair and all.

Early on I asked whether she practiced any form of organized religion, and she said no. However, it developed that both her parents had been Buddhists and that as a child she was exposed to the recorded chanting of Tibetan monks, imperfectly imitated by guests of her parents during their regular gatherings of Buddhist worshippers.

I noticed she had a “Mom” tattoo—isolated from the others—and I asked whether she was especially close to her mother.

“No, I don’t even know why I have it,” she instantly replied.

“I do,” I said presumptuously.

“You know why I have the tattoo?”

She nodded slowly in silent affirmation.

Earlier in the conversation, she had denied that her body markings were linked to spirituality in any way. The encounter fascinated me. Dahlia had revealed to me vital, if latent, spiritual longings. I found myself hoping she would reveal them to herself.

My young coffee companion had considered the old God to be deaf to her, while dramatic and clannish images seemed to offer connection and community. She seemed comforted by the knowledge that, though exotic, they were anthropomorphic and readily accessible—esteemed virtues in a world grown accustomed to fast delivery. In sum, they filled in much that’s been missing from the churchgoer’s God.