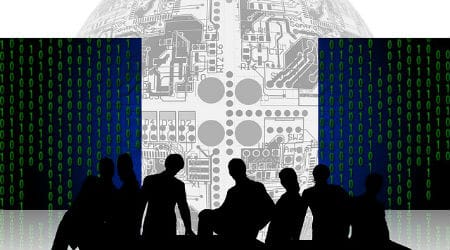 The NSA and its surveillance state supporters in the Senate are making a last ditch effort to prevent Congress from taking away any of the spy agency’s authority to snoop on innocent Americans, despite the fact that there is now broad support for NSA reform in Congress.

Earlier this week, the House overwhelmingly passed the USA Freedom Act, a bill designed – at least so its authors hope – to end the surveillance program of every American’s phone records that Edward Snowden first exposed in June 2013. The bill passed by a huge margin, partially buoyed by the fact that a recent court opinion makes it virtually impossible for the NSA to continue as is. As Glenn Greenwald, the journalist who first broke the Edward Snowden story, noted after the bill passed, the vote is a significant moment. It’s the “first time since 9/11 that powers justified in the name of terrorism will be reduced rather than increased.”

But unfortunately it also passed because the bill is so weak, it was hard for many to object to it. Intelligence officials told the Daily Beast’s Shane Harris that they can more than live with USA Freedom Act, calling it a “a big win” compared to what it could have been. Another unidentified former official said: “The NSA is coming out of this unscathed.”

That’s not to say the bill isn’t better than the status quo – it would force disclosure of some Fisa court opinions and it would prevent the NSA from collecting every phone record in the country on a daily basis. But there are so many vague clauses and caveats in the bill that could potentially allow the NSA to continue to collect a lot of information, that many of country’s most respected privacy advocates have dropped their support for it altogether. Republican Justin Amash, who has been one of Congress’s most principled critics of the NSA, was actively lobbying against it.

Still, there are some surveillance diehards who don’t care that the USA Freedom Act won’t substantively cuff the NSA; they don’t want to give up a single inch. Senate majority leader Mitch McConnell is still brazenly trying to pass a straight extension of the Patriot Act. It apparently doesn’t bother him at all that a court already ruled the use of the law for mass surveillance by the NSA illegal.

At the same time, the NSA also spent part of its time holding a closed door briefing with lawmakers – where the agency’s notoriously misleading statements cannot be publicly scrutinized – in an attempt to pressure members not to pass anything that would make the NSA more accountable. As the National Journal reported, it seems to have worked: Senator Corker came out of the meeting “seriously concerned that it collects too little data to actually be effective.”

“It is beyond belief how little data is part of the program, and the type of data, especially if the goal is to deal with terrorists or recover terrorists”, Corker told reporters.

Yes, you read that right. The NSA, which has the authority to collect virtually every phone call record in the United States, actually collects too little information. This absurd statement would be hilarious if it wasn’t so effective.

It’s also exactly the reason why many members of Congress now avoid these classified briefings, especially since they can’t repeat what was said publicly or bring in many of their staffers to vet the claims intelligence agencies make. Republican Representative Jim Sensenbrenner, author of the USA Freedom Act,once told the Washington Post these hearings are akin to “rope-a-dope” operations that are designed to silence “those who are on the trail of something that isn’t right.”

Senator Dianne Feinstein, meanwhile, wants to pass a dangerous “data retention” law, which would force the phone companies and possibly internet companies to hold on to all kinds of private data for years – even if customers want it deleted. It’s an idea that has been proposed and rejected for years, yet is inevitably brought back up by one surveillance supporter or another as a “compromise” every time Congress considers passing a law that might improve our privacy.

The best move for Congress would be to just let Section 215 expire – thanks to the 2nd Circuit Court of Appeals landmark court ruling, it is the clearest way to make sure the NSA’s authority to spy on Americans is limited.

The American public should not accept even a one day extension of the appalling law that allowed the NSA to invade millions of innocent people’s privacy in secret for all these years. Mitch McConnell’s plan seems to be to pass a “temporary” extension of the law to allow for more debate and “compromise” (like two years wasn’t enough time to come to a solution to this problem). Of course, he just wants to use that time to neuter the USA Freedom Act even more.

Letting the Patriot Act expire would be a bipartisan rebuke of the NSA’s powers, it would be a vindication for Edward Snowden’s whistleblowing, but more importantly, it would be a win for the rights of the American people.

Trevor Timm is a Guardian US columnist and executive director of the Freedom of the Press Foundation, a non-profit that supports and defends journalism dedicated to transparency and accountability. Follow him on Twitter:@TrevorTimm