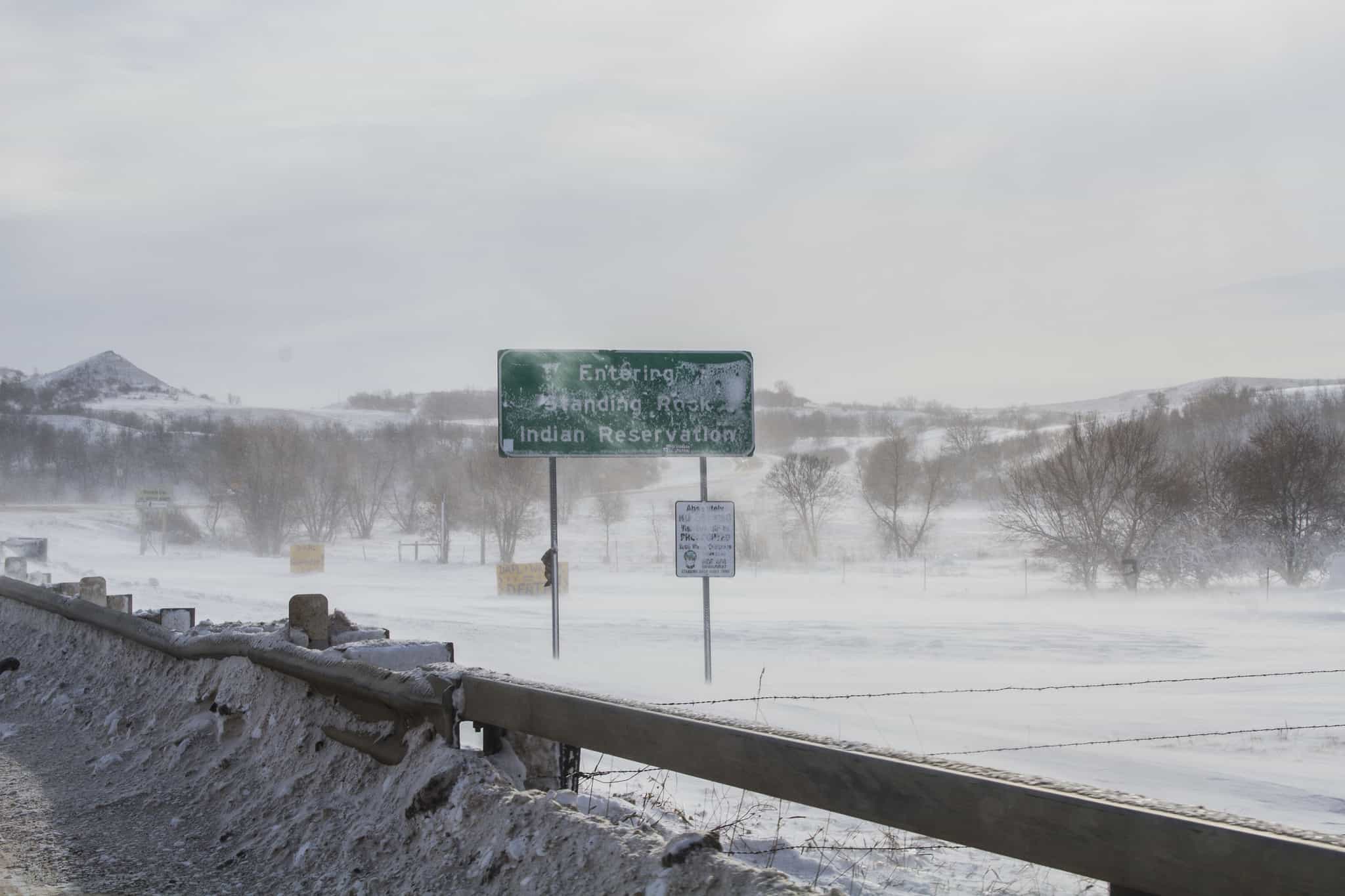 No longer just tweeting, President Donald J. Trump has been issuing a stream of executive orders and memoranda since his inauguration. On Tuesday, his pronouncements involved the Keystone XL and Dakota Access pipelines. Both projects were denied or delayed by the Obama administration, each after massive public protests. Now, with the Trump administration’s actions, buttressed by a servile Congress under Republican control, fossil-fuel megaprojects are getting the green light.

But it will take more than the stroke of Trump’s pen to quash the vigorous resistance to these two pipelines, or the growing global demand for urgent action to combat climate change.

The Dakota Access Pipeline (DAPL) is the 1,100-mile long, $3.8 billion pipeline that would carry fracked oil from the Bakken oil fields in North Dakota, through South Dakota and Iowa to Illinois, where it would connect with another pipeline to carry the crude to the Gulf of Mexico.

Opponents of DAPL fear a pipeline rupture could poison the Missouri River, which provides fresh water for 17 million people. The center of opposition has been at protest camps on and around the Standing Rock Sioux Reservation, where the pipeline is slated to cross the river.

The proposed Keystone XL (KXL) pipeline would carry the world’s filthiest fossil fuels, tar sand bitumen, from Alberta, Canada, across the border into the U.S., also down to the Gulf. On Nov. 6, 2015, after five years of protest against the KXL, President Barack Obama stated that it “would not serve the national interest of the United States,” effectively killing the project. On Dec. 5, 2016, in a second victory for grass-roots environmental activists, the U.S. Army Corps of Engineers denied the easement for DAPL to tunnel underneath the Missouri River, stopping that pipeline.

“Trump’s executive order on DAPL violates the law and tribal treaties. We will be taking legal action,” Standing Rock Sioux Tribe Chairman David Archambault II said in a press release after Trump’s actions. “Creating a second Flint does not make America great again.” Trump’s presidential memorandum on DAPL instructs the secretary of the Army to “review and approve in an expedited manner … requests for approvals to construct and operate the DAPL.” The same language in the memo about the Keystone XL pipeline is addressed to the secretary of the Army, as well as to the secretary of state and the secretary of the interior. Trump’s secretary of state nominee, Rex Tillerson, was formerly the CEO of ExxonMobil, a company that would reap enormous profit from exploitation of Canadian tar sands oil. Trump’s energy secretary nominee, Rick Perry, was until recently on the board of Energy Transfer Partners, the owner of DAPL.

Trump’s executive order, “Expediting Environmental Reviews and Approvals For High Priority Infrastructure Projects,” released alongside the two memoranda, includes the claim that “too often, infrastructure projects in the United States have been routinely and excessively delayed by agency processes and procedures.” Along with a fourth memo demanding—without the force of law—that pipeline construction and repair projects “use materials and equipment produced in the United States,” this flurry of fiats sets the stage for the fast-tracked revival of both pipelines.

“It is pretty much a declaration of war against us all out here, not just against Native people, but against anybody who wants to drink water,” Winona LaDuke, Native American activist and executive director of the group Honor the Earth, told us on the “Democracy Now!” news hour. “He definitely wants to shove those pipelines down our throats.”

Bobbi Jean Three Legs, a member of the Standing Rock Sioux Nation, began protesting DAPL before the first resistance camp was set up last April. She helped lead a 2,000-mile relay run for native youth, from the Sacred Stone Camp in Cannon Ball, N.D., to Washington, D.C., to draw attention to their struggle against the pipeline. “Water is Life” is their guiding principle, “Mni Wiconi” [minny wah-chonee] in the Lakota language. “He is waking up a lot of people. A lot of people are really paying attention to the climate change now,” Bobbi told us on “Democracy Now!.” “We’re never going to back down.”

Bobbi Jean Three Legs and Winona LaDuke worry about increased violence from the police and National Guard. Bobbi described the situation: “There’s still police brutality going on. People are still getting maced. They’re getting shot. … There’s over 600 people that have been arrested so far, and it just keeps going up.” Her eyes welled up. “Right now I’m just asking all the youth around the country to stand up. I’m asking everyone around the world to stand up with us, wherever you are … I’m afraid that they’re out to kill.”