Stand Up for Economic Justice! 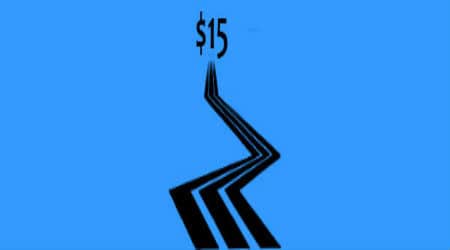 Palo Alto City Council Begins
Work on Ordinance to Raise the Local Minimum Wage
Come to the Meeting and Show You Support a Path to $15!

Palo Alto Residents:
Sign the petition: We Need a Path to $15

Responding to a grassroots campaign, Palo Alto City Council will begin writing a new ordinance to raise the city’s local minimum wage. We need a strong turnout — from Palo Alto residents and all other supporters of economic justice. We want to show the Council committee that there is widespread support to:

There will be a public comment period before the council members begin their discussions. If you’d like to speak, fill out a speakers card before the meeting and hand it in to the city clerk. Public comments are usually limited to 3 minutes but can be reduced to 2 minutes if a lot of speakers sign up, so practice your presentation. You might want to check out our Myths and Facts About the Minimum Wage to help focus your thoughts.

We would appreciate knowing if you plan to speak, so please send us a quick email. We urge you to speak to the two main points above. The Council does seem committed to raising the local wage. The questions are how much and how fast?

Let’s insure that Palo Alto passes a minimum wage ordinance that will set a new standard for the entire region!! Please attend this meeting.

Palo Alto Residents:
Sign the petition: We Need a Path to $15