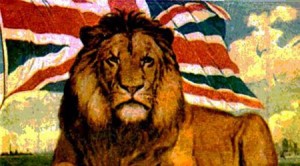 Right as the UK government is trying to tell a court that there are serious dangers to the public safety from these documents, there suddenly appears exactly the type of disclosure the UK government wants but that has never happened before.

by Glenn Greenwald
The Guardian / UK

The Independent this morning published an article – which it repeatedly claims comes from “documents obtained from the NSA by Edward Snowden” – disclosing that “Britain runs a secret internet-monitoring station in the Middle East to intercept and process vast quantities of emails, telephone calls and web traffic on behalf of Western intelligence agencies.” This is the first time the Independent has published any revelations purportedly from the NSA documents, and it’s the type of disclosure which journalists working directly with NSA whistleblower Edward Snowden have thus far avoided.

I have never spoken with, worked with, or provided any journalistic materials to the Independent. The journalists I have worked with have, at my request, been judicious and careful in ensuring that the only things disclosed are what the public should know but that does not place any person in danger. People at all levels of society up to and including the President of the United States have recognized the contribution of these careful disclosures to a necessary public debate, and we are proud of this record.

“It appears that the UK government is now seeking to create an appearance that the Guardian and Washington Post’s disclosures are harmful, and they are doing so by intentionally leaking harmful information to The Independent and attributing it to others. The UK government should explain the reasoning behind this decision to disclose information that, were it released by a private citizen, they would argue is a criminal act.”

In other words: right as there is a major scandal over the UK’s abusive and lawless exploitation of its Terrorism Act – with public opinion against the use of the Terrorism law to detain David Miranda – and right as the UK government is trying to tell a court that there are serious dangers to the public safety from these documents, there suddenly appears exactly the type of disclosure the UK government wants but that has never happened before. That is why Snowden is making clear: despite the Independent’s attempt to make it appears that it is so, he is not their source for that disclosure. Who, then, is?

One other matter about the Independent article: it strongly suggests that there is some agreement in place to restrict the Guardian’s ongoing reporting about the NSA documents. Speaking for myself, let me make one thing clear: I’m not aware of, nor subject to, any agreement that imposes any limitations of any kind on the reporting that I am doing on these documents. I would never agree to any such limitations. As I’ve made repeatedly clear, bullying tactics of the kind we saw this week will not deter my reporting or the reporting of those I’m working with in any way. I’m working hard on numerous new and significant NSA stories and intend to publish them the moment they are ready.

For those in the media and elsewhere arguing that the possession and transport of classified information is a crime: does that mean you believe that not only Daniel Ellsberg committed a felony, but also the New York Times reporters and editors did when they received, possessed, copied, transported and published the thousands of pages of top-secret documents known as the Pentagon Papers?

Do you also believe the Washington Post committed felonies when receiving and then publishing top secret information that the Bush administration was maintaining a network for CIA black sites around the world, or when the New York Times revealed in 2005 the top secret program whereby the NSA had created a warrantlesss eavesdropping program aimed at US citizens?

Or is this some newly created standard of criminality that applies only to our NSA reporting? Do media figures who are advocating that possessing or transmitting classified information is a crime really not comprehend the precedent they are setting for investigative journalism?