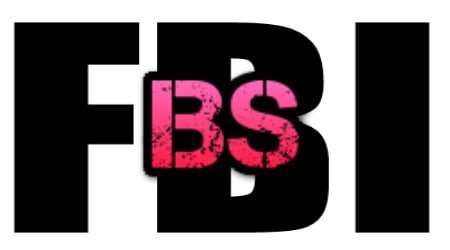 By Samuel Gibbs
The Guardian

Edward Snowden, the whistleblower whose NSA revelations sparked a debate on mass surveillance, has waded into the arguments over the FBI’s attempt to force Apple to help it unlock the iPhone 5C of one of the San Bernardino shooters.

The FBI says that only Apple can deactivate certain passcode protections on the iPhone, which will allow law enforcement to guess the passcode by using brute-force.

Talking via video link from Moscow to the Common Cause Blueprint for a Great Democracy conference, Snowden said: “The FBI says Apple has the ‘exclusive technical means’ to unlock the phone. Respectfully, that’s bullshit.”

Snowden then went on to tweet his support for an American Civil Liberties Union report saying that the FBI’s claims in the case are fraudulent.

The global technological consensus is against the FBI. Why? Here’s one example: https://t.co/t2JHOLK8iU #FBIvsApple https://t.co/mH1ZXOOQ1E

[Editor Note: The ACLU link, which Snowden links to above, explains the FBI’s motive: It’s a power grab. The FBI wants to weaken the ecosystem we all depend on for our all-too-vulnerable devices. Please see the ACLU’s blog post One of the FBI’s Major Claims in the iPhone Case is Fraudulent for more info.]

Meanwhile, Microsoft founder Bill Gates said in a discussion on Reddit: “I think there needs to be a discussion about when the government should be able to gather information. What if we had never had wiretapping? Also the government needs to talk openly about safeguards.”

Gates refused to be drawn on one side or the other of the debate, despite seemingly supporting the FBI and then backtracking. Microsoft later filed an amicus brief backing Apple against the FBI.

Apple co-founder Steve Wozniak also spoke out against the FBI on the Conan O’Brien show on Monday, saying: “I side with Apple on this one. [The FBI] picked the lamest case you ever could.”

Wozniak added: “Verizon turned over all the phone records and SMS messages. So they want to take this other phone that the two didn’t destroy, which was a work phone. It’s so lame and worthless to expect there’s something on it and to get Apple to expose it.”

Apple’s clash with the FBI comes to a head in California this month when the two will meet in federal court to debate whether the smartphone manufacturer should be required to weaken security settings on the iPhone of the shooter.

The government’s case was dealt a potential setback when Magistrate Judge James Orenstein ruled against the government on 29 February in a different phone-unlocking case, which the government is currently appealing.