Snowden: CIA is “reckless beyond words” 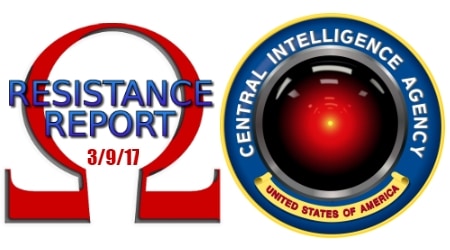 The latest Wikileaks document dump — regarding the CIA’s hacking of consumer devices like phones and televisions — got plenty of coverage. But the hacking itself isn’t the big story. The real concern should be over the fact that the CIA discovered vulnerabilities in these consumer devices and didn’t tell anybody, like, say, the manufacturers who could fix them. They just left the flaws there for anybody to exploit.

The CIA reports show the USG developing vulnerabilities in US products, then intentionally keeping the holes open. Reckless beyond words.

Why is this dangerous? Because until closed, any hacker can use the security hole the CIA left open to break into any iPhone in the world. https://t.co/xK0aILAdFI

Trevor Timm, The Guardian: WikiLeaks says the CIA can use your TV to spy on you. But there’s good news

The US government has amassed extraordinary hacking powers largely in secret – and this leak might just force us to grapple with whether we are comfortable with that.

Cindy Cohn, Electronic Frontier Foundation: Hey CIA, You Held On To Security Flaw Information—But Now It’s Out. That’s Not How It Should Work

As these leaks show, we’re all made less safe by the CIA’s decision to keep — rather than ensure the patching of — vulnerabilities in devices that millions of people around the world rely on.

The future depends on trust. It requires us to put our faith in our self-driving cars and Alexa-enabled virtual assistants and thermostats and, yes, smart televisions. Every time we learn of a new zero-day exploit, it renews fears of an entirely hackable world, where our machines can be enlisted against us. It reminds us that the future is a necessarily more vulnerable place.https://www.wired.com/2017/03/cia-leak-exposes-techs-vulnerable-future/