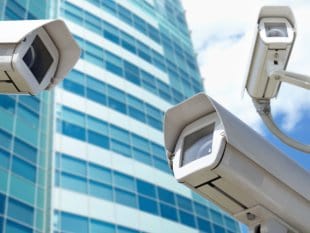 A group of German anarchists have inspired other radicals to take a direct action approach to surveillance cameras: smash them.

As Salon’s Natasha Lennard notes, the practice has now migrated to the U.S. It’s a brash approach to the surveillance state.

“We’re a diverse group of people: Shoplifters eluding capitalism who don’t want to be monitored, passengers who don’t want to followed step by step and anarchists fighting everything that wants to control us,” someone from Camover told Vice in an interview.“The state needs the power of surveillance so that we all feel that ‘He’ is there and knows what you’re doing. We’re fighting for the freedom to live independently, so let’s start by smashing some cameras!”

It started in Berlin. German anarchists took to the streets at night in groups or alone, and went around smashing and dismantling surveillance cameras on the street. They then posted video evidence of their actions online, and called what they were doing Camover, as Vice magazine first reported. The group of anti-surveillance radicals are also encouraging others to follow their example.

Vice’s Simon Childs writesthat “Camover have also recently announced a competition encouraging others to get involved. All you have to do to enter is think of a name that begins with the words ‘Brigade…’ or ‘Command…’ and that ends with the name of a historical personality, recruit a mob and smash up cameras. Then you send pictures and video evidence to their website, and they declare the winning footage.” The “competition” ends in February, when the European Police Congress gathers in Berlin.