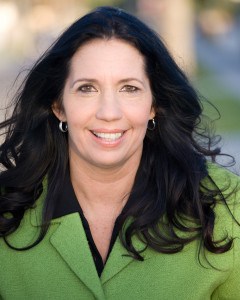 On July 25, opening day of the Democratic National Convention in Philadelphia, Cheri Honkala, leader of the Poor People’s Economic Human Rights Campaign, who was denied a permit to march by city authorities, will rally with thousands of protesters outside City Hall. Defying the police, they will march up Broad Street to the convention.

We will recapture our democracy in the streets of cities such as Philadelphia, not in convention halls such as the aptly named Wells Fargo Center, where the Democratic Party elites intend to celebrate the results of the rigged primary elections and the continuity of corporate power.

Green Party presidential candidate Jill Stein, other activists and I will march with Honkala. It is not as if we have a choice. No one invited us into the center or to the lavish corporate-sponsored receptions. No one anointed us to be Clinton superdelegates—a privilege that went to corporate lobbyists, rich people and party hacks. No one in the Democratic establishment gives a damn what we think.

The convention is not our party. It is their party. It costs a lot of money to attend. Donate $ 100,000 and you become an “empire” donor, with perks such as “VIP credentials for all convention proceedings,” along with tickets to lavish corporate and Party receptions, photo ops with politicians at the convention podium, four rooms at the Loews Philadelphia Hotel and a suite at a Yankees game, where a “special guest” will be present. Short of $100,000? You can become a “gold” donor for $50,000, a “silver” donor for $25,000 or a “bronze” donor for $10,000.

We have the best democracy money can buy. The Wells Fargo Center and the fancy hotels in Philadelphia will be swarming with corporate representatives and lobbyists from Comcast, Xerox, Google and dozens of other companies that manage our political theater.

Honkala, who was once homeless—she lived for a while out of cars, in abandoned houses and under bridges—and who was the Green Party’s vice presidential candidate in 2012, has long defied the elites on behalf of the marginalized and the poor. She led a protest at the 2000 Republican National Convention, (after being denied a permit for that as well), which saw 30,000 people shut down Philadelphia’s centerover issues such as racial discrimination, police violence and poverty. She has fought for the homeless, the unemployed and the underemployed for three decades, through acts of civil disobedience —marches, the construction of tent cities and homeless encampments, and sit-ins—that often ended in arrests. She has been arrested more than 200 times.

She will be on the south side of Philadelphia’s City Hall at 3 p.m. on July 25, with or without a permit. And thousands for whom the Democratic Party is another face of the corporate enemy will be there with her. (Contacts for the march are (215) 869-4753 or cherihonkalappehrc@gmail.com.)

“Philadelphia has a poverty rate of 26 percent,” she said when I reached her by phone. “It has the highest number of people who die from drug overdoses in the country. The city has not housed anyone within the homeless population within 10 months. It has lost its state certification for the Department of Human Services child protection agency because of gross negligence and substandard conditions for children. Foster kids are stuck in an abusive system. Hundreds are not being placed. And at the same time, the city will spend $43 million on security for the convention. It will spend upwards of $60 million to house millionaires and billionaires while it ignores the vulnerable and attempts, by denying us a permit to march, to render them invisible.”

She said that the difference between the march she led in 2000 and the one planned for July is that “things are four times worse.” She spoke about her north Philadelphia neighborhood, Kensington, the poorest district in the state. It has one of the highest homicide rates in the nation. It has a large homeless population. It has a poverty rate of 46.9 percent. The food bank is protected by barbed wire.

“Back then, someone could work three or even four jobs and barely survive,” she said. “I live in a neighborhood now of the permanently unemployed. There is an underground economy. We have to collectively keep each other alive. There are hundreds of young men who are not just attempting to live on a dollar a day, but go a couple of weeks with nothing. We try to figure out how to find food and housing. We try to figure out how to keep alive.”

The loss of faith in the political system and neoliberal ideology is widespread. The corporate elites are pouring $5 billion into the carnival of presidential electoral politics in a desperate bid to keep us mesmerized and controlled. Democracy is endlessly invoked on the airwaves to legitimize the corporate and political forces that have destroyed it. Congress has an approval rating of 11 percent. Half of qualified voters are not registered to vote, and half of registered voters do not go to the polls. A little more than half of 25 percent—no more than 15 percent—of the electorate determines who becomes president. And this is the way the elites want it.

In our system of inverted totalitarianism, the political philosopher Sheldon Wolinpointed out, the object is to demobilize the citizenry, to render it apathetic, to convince the citizen that all political activity that does not take place within the narrow boundaries defined by the corporate state is futile. This is a message hammered into public consciousness by the corporate media, which serve as highly paid courtiers to the corporate elites. It is championed by the two parties that offer up fear of the other as their primary political platform.

Donald Trump and Hillary Clinton hold the highest candidate disapproval ratings in American history—in that order. These two candidates, the system insists, are the only “rational” options. Step outside the system and you are disappeared or ridiculed. Acceptable political opinions, as Wolin wrote, are “measurable responses to questions predesigned to elicit them.” We vote, in the end, for skillfully manufactured personalities. Neither Trump nor Clinton in office will hinder corporate hegemony. Nothing will change until we revolt, until we defy the corporate system, until we wake from our civic stupor. The goal of the elites is to keep us pacified.

“The crucial element that sets off inverted totalitarianism from Nazism is that while the latter imposed a regime of mobilization upon its citizenry, inverted totalitarianism works to depoliticize its citizens, thus paying a left-handed compliment to the prior experience of democratization,” Wolin wrote in “Politics and Vision.” “Where the Nazis strove to give the masses a sense of collective power and confidence, Kraft durch Freude (or ‘strength through joy’), the inverted regime promotes a sense of weakness, collective futility that culminates in the erosion of the democratic faith, in political apathy and the privatization of the self. Where the Nazis wanted a continuously mobilized society that would support its masters without complaint and enthusiastically vote ‘yes’ at the managed plebiscites, the elite of inverted totalitarianism wants a politically demobilized society that hardly votes at all.”

The growing consternation of the state is apparent. Meetings held by groups that are considering protesting during the convention are routinely monitored by what Honkala called “floorwalkers,” whom she suspects work for the police, Homeland Security or the FBI.

“These meetings are saturated with floorwalkers,” she said. “They say they are ‘Burners’ [those who say if Bernie Sanders is not elected there should be a political revolution] or from Occupy, and they are on our side. We are approached at every meeting. We are questioned by these floorwalkers about whether we will engage in violence during the convention. They want to know if we plan to be arrested. Are we going to do sit-ins? They tell us we have been infiltrated and point out people in the room, who, they say, are undercover cops. They are men and women. That is what we see face to face. They are also all over social media. The Clinton elements attack me for not being a true woman. They say I am a saboteur who will be responsible for electing Trump. They call us spoilers. They tell us not to march.

“We don’t have any choices anymore,” she went on. “I have been doing this work for almost 30 years. In the documentary made about our march during the Republican National Convention in 2000, there are eight people in the film that are now dead. The poor live in a war zone. I do not know if my kid will get to school or come back alive, and this is even if he has a school to go to, because they are talking about closing down more schools. We either do everything we possibly can to build an independent political party, or we will have to organize the next American Spring. The poor are barely surviving. The planet as we know it may soon not be in existence. Across the street from where I live, five people were shot, all on the same day. Three of them were teenagers who died. Our kids are exploitable or expendable.”

Her neighborhood, she said, is a biohazard. It is filled with refineries and waste-storage facilities. Miscarriages, asthma, diabetes and cancer are epidemic. Low-income people can’t afford Obamacare. They pay the penalty on their taxes. And health issues, including life-threatening illnesses, usually go untreated.

Honkala is preparing for a confrontation.

“What happens before a lot of these events is they come and lock me up,” she said. “This is what happened before the [1999 World Trade Organization protests]. This is what happened when they opened the Constitution Center and we protested. I am trying to figure out how to keep cameras around me for safety reasons before the march. We need people to witnesses this. The last thing poor folks have is their voice. We can’t let that be taken too.”