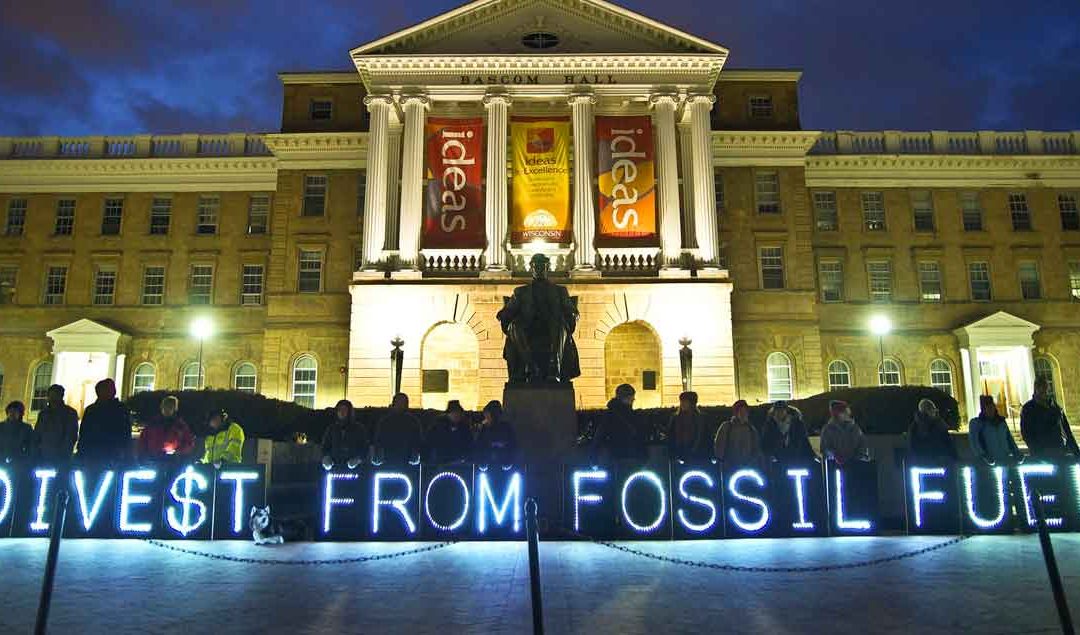 “Investors are saying we can’t conduct business in a world that is on fire, that has heatwaves and insufficient water. And I do think companies are beginning to understand that it’s in their interest to take action.”

Shareholders at Citi, Bank of America, and Wells Fargo voted 12.8%, 11%, and 11%, respectively, to support climate resolutions filed by the Sierra Club Foundation and other members of the Interfaith Center on Corporate Responsibility. According to the Sierra Club, any resolution that receives at least 5% of the vote can be refiled the following year, and those that get 10% or more are “considered difficult for a company to ignore.”

“Big banks have a responsibility to address their massive contribution to the climate crisis and protect their shareholders from climate risk by aligning their policies with their own net-zero commitments and ending support for fossil fuel expansion,” Adele Shraiman of the Sierra Club’s Fossil-Free Finance campaign said in a statement. “The pressure on them to do so from shareholders and the public is only growing stronger.”

The “groundbreaking” resolutions include a call for each bank to “build upon” its net zero commitments by adopting policies “to help ensure that its financing does not contribute to new fossil fuel supplies that would be inconsistent” with the International Energy Agency’s “Net-Zero Emissions by 2050” scenario and other climate frameworks.

While shareholders have previously compelled companies to disclose the emissions impact of their operations and investments and set long-term climate targets, this is the first time they have called on banks to implement plans to achieve those objectives, according to Sierra Club.

“The fact that this first-of-its-kind effort gained as much support as it did should send a clear signal that the effort to push Wall Street to deal with its climate problem isn’t going anywhere,” said Shraiman.

As Danielle Fugere, president of the shareholder advocacy group As You Sow, told Grist: “Investors are saying we can’t conduct business in a world that is on fire, that has heatwaves and insufficient water. And I do think companies are beginning to understand that it’s in their interest to take action and that shareholders support that action.”

The resolutions were publicly supported by New York State Common Retirement Fund, the third-largest pension fund in the country, as well as three of New York City’s pensions, and Rhode Island’s and Seattle’s funds.

However, the vote totals suggest that major asset managers like BlackRock, Vanguard, State Street, and Fidelity—which are by far the largest shareholders of the big banks, and are therefore uniquely positioned to make a huge impact on important votes—failed to support them, despite their own net-zero commitment and pledges to use their shareholder power to advance climate action.

“It’s deeply disappointing that, once again, asset managers like BlackRock and Vanguard have failed to put their money where their mouth is and use their immense power to hold banks accountable to their climate pledges,” Shraiman lamented.

“The rhetoric coming out of these big investors about climate leadership and engaging with their clients on a clean energy transition is worthless if it’s not paired with meaningful accountability for clients that are clearly not interested in making that transition a reality,” she added.

Paul Rissman, a Sierra Club board member and former executive vice president of an asset management firm, noted that all the largest U.S. banks have pledged to achieve net-zero financed emissions by 2050.

“Despite their commitments,” he wrote, “all of these banks have continued to fund the top 20 companies that are responsible for most fossil fuel development—to the tune of more than $445 billion combined in the six years since the Paris agreement was signed.”

“This is recipe for disaster,” warned Rissman. “The scientific consensus is clear that in order to achieve global net-zero emissions by 2050 and avert the worst of the climate crisis, the expansion of new fossil fuel development must stop immediately.”

“Big U.S. banks have utterly failed to protect their shareholders’ long-term interests as they renege on their net-zero commitments and fumble on adequately managing the risks associated with financing new fossil fuel development,” he added.

In addition to denouncing companies for their inadequate climate action, critics have also condemned net-zero pledges that some argue are a dangerous form of greenwashing best avoided in favor of near-term commitments to reducing greenhouse gas emissions.