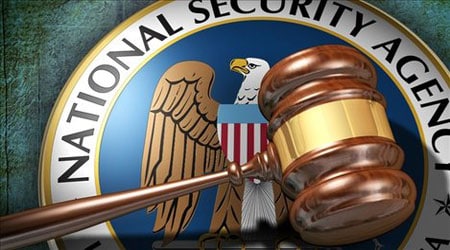 By Jenna McLaughlin
The Intercept_

The Senate Judiciary Committee summoned a handful of cybersecurity, privacy, and national security experts on Tuesday to lay out the pros and cons of reauthorizing the law the NSA says authorizes it to collect hundreds of millions of online communications from providers like Facebook and Google as well as straight off the internet’s backbone.

The NSA spying programs PRISM and Upstream are ostensibly aimed at “foreign targets” but nevertheless scoop up a potentially vast but non-public number of communications involving innocent Americans, some of which are made accessible to domestic law enforcement agencies.

Section 702 of the Foreign Intelligence Surveillance Amendments Act of 2008, the authority cited for the programs, will sunset in December 2017. That gives privacy advocates the same kind of leverage they had in 2015, when the sunset of some Patriot Act provisions led Congress to end bulk collection of domestic phone records.

That was the first and only legislative response by Congress to the wide-ranging revelations from NSA whistleblower Edward Snowden in 2013. Reforming 702 collection would be the second.

The House Judiciary Committee has already hosted preliminary hearings on the same topic — in secret.

Director of National Intelligence James Clapper told journalists in April the programs authorized by Section 702 are “a prolific producer of critical intelligence to this country and our friends and allies.”

At Tuesday’s hearing, Matt Olsen, a former NSA and FBI lawyer who now works for a cybersecurity firm, encouraged senators to fully reauthorize the law — without any changes.

Olsen said any additional limits to searching through data collected under Section 702 would make the process of investigating leads “cumbersome and slow” when the government requires “agility and speed.”

But some senators and witnesses suggested that greater transparency and additional restrictions are called for.

Right now, the FBI is allowed to search part of the Section 702 database for evidence of purely domestic crimes without a warrant. We don’t know how often this happens, because the FBI says it doesn’t keep track.

Elizabeth Goitein, co-director of the Brennan Center’s Liberty and National Security program, described this phenomenon as a “backdoor search” and a “bait and switch” because it allows the FBI to search through communications that were intended to be examined only for foreign intelligence purposes. “You can use it for any purpose you want,” she said. But the privacy and civil liberties community is “unanimous,” she said, in the belief that a warrant is required when a search of the database involves an American.

David Medine, who is stepping down this summer as chair of the independent Privacy and Civil Liberties Oversight Board (PCLOB), pointed out that 702 collection targets aren’t just terrorists. They can include someone like “an innocent businessman” overseas, targeted because he might have useful information for foreign intelligence purposes, talking to an American.

Another PCLOB member, Rachel Brand, defended 702 collection as being “less invasive” than gathering the information necessary to get a warrant before searching through a suspect’s communications. Civil liberties advocates immediately scoffed at that conclusion on Twitter.

Sens. Patrick Leahy, D-Vt., Christopher Coons, D-Del., and Al Franken, D-Minn., all pushed for some sort of estimate of how many American communications are collected.

Clapper has said his office is working on a way to disclose a ballpark number, but hasn’t provided any timeline to release it. Brand said that PCLOB is pushing for an estimate as well, and will be meeting with the NSA next week to discuss the issue.