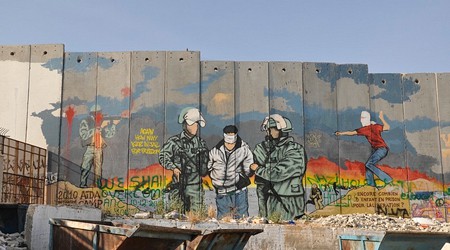 The Israeli government came out with the upper hand yesterday at the United Nations Security Council: a joint effort by Israeli Prime Minister Benjamin Netanyahu and U.S. Secretary of State John Kerry managed to gather enough votes to block a Palestinian resolution calling for a negotiated two-state solution and an end to the occupation within a year (full text here). Jordan submitted the proposed resolution on behalf of the Palestinian Liberation Organization. Out of 15 members of the Security Council, eight supported the motion, two opposed and five abstained. Even if the Palestinians would have gathered the necessary nine votes, the American “nay” would have counted as a veto and the motion would have been defeated.

The outcome is a serious blow to PA President Mahmoud Abbas’s efforts to advance the cause of a two-state solution through diplomatic measures, after both direct negotiations with Israel and moves in the UN effort failed to produce any meaningful achievements for the Palestinians this year.

There were some indications recently that the Obama administration feared a successful UN bid by the Palestinians would help Prime Minister Netanyahu in the coming general elections (due to take place on March 17). It’s clear, however, that the current outcome is even better for Bibi.

Netanyahu’s strategy is about maintaining the status quo in the occupied territories. Knowing that he will never win an international majority supporting the occupation, Netanyahu is focusing his policy on gathering the support of several key governments to block any measures against Israel, as they did last night. Netanyahu and his supporters see no urgency in solving the issue of the occupation – most of them deny its existence altogether – and they were proven right yesterday.

Despite the bad blood between Netanyahu and the Obama administration, theWashington continues to play a key role in allowing Israel to maintain the current trends on the ground. The Obama administration made clear, well in advance, that it wouldn’t allow the Security Council to pass a resolution placing any deadline on the Israeli occupation, now closing in on its 50th year.

As far as the internal Israeli conversation goes, the long-term consequences of the vote could be even worse than the short-term ones: last night’s vote not only helped Netanyahu internally and proved his strategy more sustainable than the opposition claims, even if an election upset leads to the forming of a centrist government, Israeli leaders won’t feel any urgency to advance a final-status solution, and the rightward drift of the Israeli mainstream will continue. As I’ve written in the past, the circumstances in which elected leaders operate are much more important than their personalities or ideologies (that’s true for any leader, not just Israelis), and right now the cost of change on the Palestinian front is enormous — incentives for it on the Israeli side are almost nonexistent. There is nothing more distant and abstract for the Israeli voter than the Palestinian issue. You hardly hear anything about it in these elections; the Security Council vote pretty much guaranteed that things will remain this way.

As for Abbas, his strategy hit a brick wall. Hamas’s central claim – that diplomacy is a hollow hope, and only armed resistance can get the international community and the Israeli political system engaged – scored serious points last night. Abbas is under pressure to join the International Criminal Court and try to get Israeli officials prosecuted, and many Palestinians want him to stop security coordination with Israel. Abbas is caught between a rock and a hard place: the sole function of the PA, in Israeli eyes, is providing protection to Israelis. If the PA confronts Israel, it will be destroyed, just as it happened 10 years ago. If it doesn’t – then what’s the point in maintaining it?

Last night’s vote made it clear that when it comes to the Palestinian issue, the United States is part of the problem, not of the solution. Washington basically views the issue from the Israeli perspective, as if the Palestinians rights are dependent on the goodwill of the Israeli government. When that goodwill disappears (as is the case now), tough luck.

As long as the diplomatic process – or any form of engagement – must pass through Washington, nothing will change. Instead of calling for more American involvement, maybe what the peace camp should hope for is American disengagement. With that in mind, the only encouraging aspect of the UNSC vote and the negotiations that led to it, is the active role taken by France (which supported the Jordanian-Palestinian motion), suggesting again that the EU might be better qualified than Washington to deal with the Israeli-Palestinian issue.

2014 was the year the real price of the status quo was revealed – in the horrors of Gaza, in East Jerusalem, and with deteriorating relations between Jews and Palestinian citizens of Israel within the 67 borders. In the final days of the year, a UNSC resolution could have created a new sense of urgency among various actors, most notably, in the Israeli government. Its failure will have an opposite effect. The driving force on the ground will continue to be the occasional outburst of violence, and Israel’s de facto annexation process. The human rights abuses will continue, and a peaceful and just solution seems more elusive than ever.