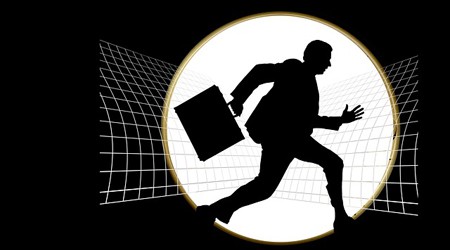 Earlier this month, a handful of senators threatened to block Barron’s confirmation unless the memo was made public, once again calling into question the government’s reliance on undisclosed legal authorities, or “secret law,” to justify its covert and often controversial actions.

While the White House’s move to release the drone memo is a step forward in bringing transparency to the administration’s legal reasoning, it’s just one piece in a much larger puzzle. All three branches of government rely on the secret interpretation of law — a trend that should give all Americans cause for concern.

In 2006, magistrates issued over 30,000 sealed electronic surveillance orders — more than the entire output of the Foreign Intelligence Surveillance Court since its creation in 1978. These orders constitute a massive body of unpublished case law. “It is as if they were written in invisible ink,” Judge Stephen Wm. Smithsaid, “legible to the phone companies and Internet service providers who [receive them], yet imperceptible to unsuspecting targets, the general public, and even other arms of government.”

Just as widespread are secret laws emanating from the executive branch. American presidents have frequently issued secret directives on national securityand foreign policy that carry the full force and effect of law. Different administrations have given such directives different names, but those issued by the Obama administration are labeled presidential policy directives.

These directives are often unpublished and created without consulting or even notifying Congress. In effect, a president can create new national security law entirely in secret. While some directives should rightfully be kept undisclosed, we know that others focus on issues directly affecting Americans’ liberties, such as whistleblower protections, domestic intelligence collection and cyber-policing. Since taking office, Obama has classified and left unpublished 18 of his 28 known directives.

Even Congress produces secret law. The most common source is the classified budget annex. Prepared by the intelligence committees, classified annexes are attached to general appropriations bills and detail the budget for intelligence programs authorized for that budget cycle. As its name suggests, the contents of the classified annex are secret; even many lawmakers are unable to read the annex before voting on it.

Classified annexes can contain much more than just dollar amounts. In January, for instance, The Washington Post revealed that the classified annex accompanying the most recent omnibus appropriations bill contained a secret provision blocking the transfer of CIA drone operations to the Pentagon. As John McCain let slip, the provision was kept hidden not just from the public, but also from many members of Congress.

While secrecy in governmental operations is sometimes necessary, these operations must still take place within the boundaries of publicly understood law. In a democratic society, voters derive power from their ability to hold elected officials accountable. When officials’ actions are guided by a parallel code of secret legal interpretations and authorities, voters lose that fundamental power of accountability.

The Senate’s recent effort to force the declassification of Barron’s drone memo is a first step toward returning the power of accountability to voters. But it is not enough to pick and choose individual sources of secret law to make public. Secret law is a systemic problem demanding a systemic response.

A recent Brennan Center proposal calls on Attorney General Eric Holder to lead a government-wide survey of existing secret law, and to chair an interagency working group to ensure publication of the law without revealing classified operational details. This would allow Congress and the public to participate in an honest and open debate about some of the government’s more controversial activities, such as targeted killing, bulk collection of communications, and torture.

Americans have a right to know that their publicly elected leaders are not playing by a hidden rulebook.  In a time of political gridlock and extreme partisanship, it’s not enough to ask the public to believe that their secret interpretations of law are in the public’s best interest. We need transparency to know that the rules on the books are not being undermined by another set of secret laws.

Jeremy Carp is a research associate with the Liberty & National Security Program at the Brennan Center for Justice at New York University School of Law.