Free Forum: The Saudi – Iran Conflict and the Trump Factor 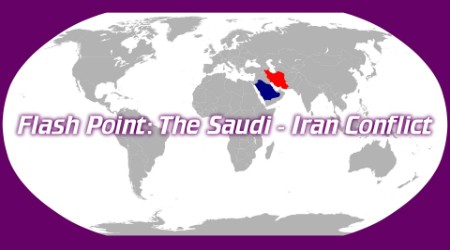 Free and open to all | Wheelchair accessible

The Middle East is one of the most complex regions in the world. Since the 20th century, it has experienced several wars, uprisings, and invasions. Today there are four failing states and three ongoing wars.

But underneath all the conflict, there are two common actors: Saudi Arabia and Iran. They are bitter rivals, whose feud goes back almost 40 years. Each country believes it is the rightful leader of the Middle East and feels threatened by the other. But they’ve never declared war on each other. Instead, they support opposing groups in other conflicts, like the civil wars in Iraq, Syria, and Yemen. This has only created more violence across the region, and the feud continues to escalate with no end in sight.
(Text source: ‘The Middle East’s cold war, explained’ at vox.com

Added to this combustible mixture is Donald Trump’s obvious contempt for Iran and his vow to tear up the historic nuclear accord negotiated with that country by Trump’s predecessor. Is a new Middle East war brewing? Perhaps even a new U.S. Invasion?

Reese Erlich’s history in journalism goes back over 40 years. Today he works as a full-time print and broadcast, freelance reporter. He reports regularly for National Public Radio, ABC (Australia),and Radio Deutsche Welle. His articles appear in Vice News and Foreign Policy. His television documentaries have aired on PBS stations nationwide.