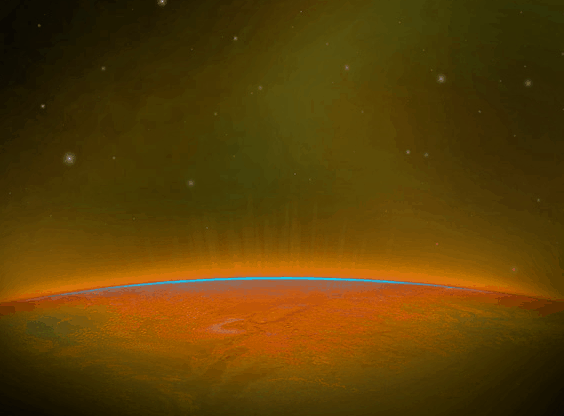 Our public officials, elected representatives, and business leaders could all be guilty of crimes against humanity.

And it’s up to us what we want to do about it.

Ecocide is the crime of mass destruction of the environment and everything that lives in it. Because it’s considered on par with things like genocide and torture, there’s been a push since the 1970s to put ecocide under the purview of the International Criminal Court at The Hague.

And while the ICC has yet to classify ecocide as a crime, there’s a growing body of evidence that suggests that it should do so, and do so soon.

That’s because the world’s leading climate change organization, the Intergovernmental Panel on Climate Change (IPCC), has concluded that our fossil-fuel addiction is leading to an environmental destruction that could very possibly mean the end of industrial civilization – and possibly even much of the human race.

The IPCC’s newest report, a summary of which was released today after months of deliberation, paints a devastating picture of the future of our planet. Global warming, it says, will soon lead to a parade of horribles including the breakdown of global food systems, shrinking water resources, and an increase in violent conflict.

In many ways, the nightmare has already begun. A large factor in the “Arab Spring” – from Tunisia to Syria to Egypt – has been climate-change-induced drought radically driving up the price – and driving down the availability – of wheat and other foodstuffs. Hungry people rise up, and they’re doing it all around the world.

This is just the beginning. We could be seeing the same thing in the USA in the next year or three, as both the Midwest breadbasket and the California fruit and vegetable growing areas suffer under severe drought. Meanwhile, over 20 people just died in Washington State because of excessive rain.

And let’s not forget the hundreds of thousands of people who have died over just the past few years from wildly-more-severe-than-normal storms, typhoons, hurricanes and monsoons in places like the Philippines and Bangladesh.

The United States is the lead polluter – the biggest villain – in this morality play, in part because of our outsized per-capita carbon footprint, and in part because our political process has been so badly corrupted by the fossil fuel industry.

You can thank Republican appointees on the US Supreme Court for much of this. Ever since Lewis Powell wrote his infamous memo calling for a business takeover of the judiciary, the Supreme Court – in cases from Buckley v. Valeo to Citizens United – has made it easier and easier for oil and coal barons to own American politicians.

Those politicians then introduce idiotic laws like the one that Oklahoma Congressman Jim Bridenstine is promoting that would force the National Ocean and Atmospheric Administration (NOAA) to pare down its climate change research.

But the corruption of our political system by the fossil fuel industry has real world consequences outside of just a few bizarro bills sponsored by shills like Bridenstine.

As the days go by and Congress continues to delay or obstruct doing anything about global warming, we pass climate tipping points that are so severe that once we pass them, people and large parts of the environment die.

One of the most dangerous of these tipping points is the one associated with melting arctic sea ice and the possibility of tundra and seabed methane releases. If we don’t do something soon to stop this, it could lead to the Earth’s sixth mass extinction.

At this point, charging people with ecocide needs to be in the discussion.

If the very real threat of an environmental apocalypse as brought up in the IPCC’s report doesn’t scare politicians into taking action, maybe the threat of prosecution in an international court will.

Some people could call this extreme. But when the alternative is the destruction of much the world’s ecosystem, everything needs to be on the table. After all, the future of the planet – and of our species – is at stake.