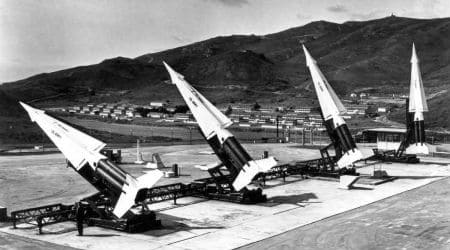 At this point, the anti-Russia bandwagon has gained so much momentum that a national frenzy is boosting the odds of unfathomable catastrophe. The world’s two nuclear superpowers are in confrontation mode. It’s urgent to tell ourselves and each other: Wake up!

At this point, the primary consequence of Trump’s muscle-flexing has been to dramatically increase tensions with Assad’s most important ally, Russia. Defying the charge that he is “Putin’s puppet” has conveniently quieted Trump’s domestic critics and distracted from the investigation into his campaign, but it has also brought the United States much closer to a dangerous confrontation with a nuclear-armed Russia.

Juan Cole, Informed Comment: Russia’s Not Leaving: Syria is About Old-Fashioned Sphere of Influence, Not Oil

Russia will remain in Syria and will have most of it as its sphere of influence. Russia has clear motivations and clear goals there, a strong ally with most of the population under its control, and a practical plan for accomplishing them, which has worked well if sanguinarily so far.
Photo: National Park Service [Public Domain], via Wikimedia Commons