Roe doesn’t just protect abortion rights. It’s the keystone that keeps politicians out of the most intimate aspects of our lives. 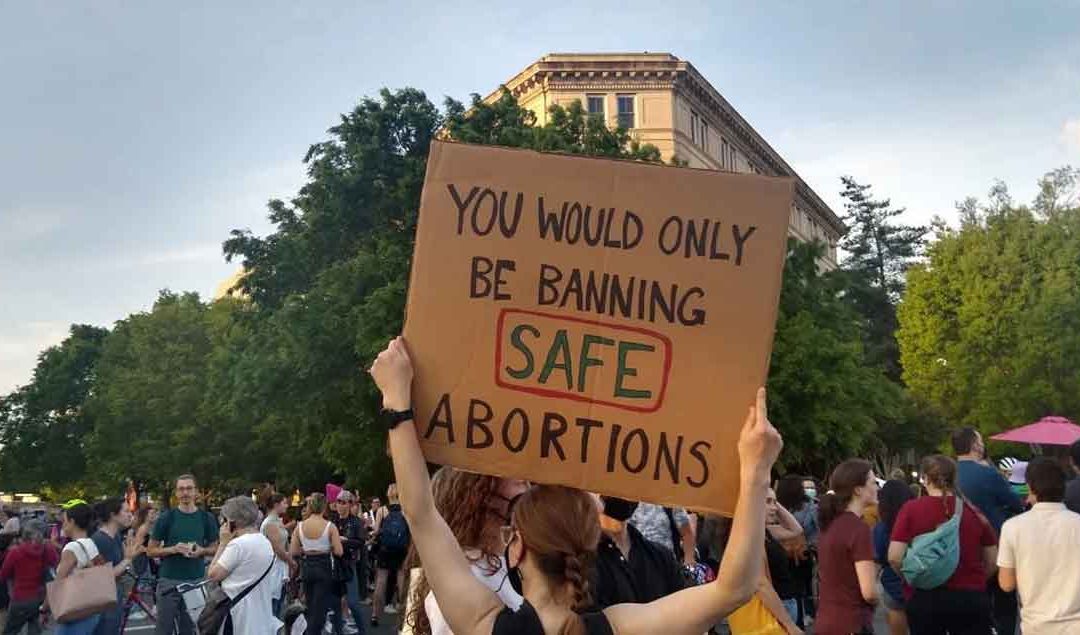 Roe doesn’t just protect people seeking abortions. The rationale underpinning that ruling protects all of us from government interference in the most intimate areas of our lives: who we love, who we marry, and how and whether we choose to raise a family.


The personal, as they say, is political. And there’s nothing more personal than the right to control your own body.

So as a human with reproductive organs, the leaked draft of a Supreme Court opinion overruling Roe v. Wade — and the constitutional right to abortion — is obviously personal to me. But it’s personal for another reason, too.

I come from a line of pro-choice advocates. My late grandmother, Eileen Alperstein, was on the board of a Planned Parenthood chapter. She fought to get an ad placed in The New York Times to shine a light on the issue, well before Roe v. Wade was settled.

She marched, too. At one of her last demonstrations before she passed away from breast cancer, she joined my mom and me — a toddler in a stroller — as our family marched on Washington to support the right to choose.

I’m proud to descend from brave people like these, who demanded reproductive freedom before women even had the right to open credit cards in their own name. Their hard work led to Roe, which Americans support upholding today by a 2 to 1 margin.

But thanks to an extremist minority, our right to bodily autonomy is on the verge of being dismantled. The results will be devastating.

Even if you don’t know it, you probably know someone who’s had an abortion. One in four women in this country have ended a pregnancy, whether because it was life-threatening, nonviable, unaffordable, or they simply didn’t want it.

Already, 26 states are likely to ban or restrict abortion once Roe is overturned. Each one could be more extreme than the last. Even now, a new Texas law offers offers a $10,000 bounty to anyone who reports someone they suspect has helped facilitate an abortion after six weeks.

Forget A Handmaid’s Tale — we’re at risk of going full Crucible: “I saw Goody Proctor at the clinic. Burn the witch!”

But Roe doesn’t just protect people seeking abortions. The rationale underpinning that ruling protects all of us from government interference in the most intimate areas of our lives: who we love, who we marry, and how and whether we choose to raise a family.

If Roe falls, the right to take birth control — something relied on by millions of people of child bearing age, including me —  could also become a thing of the past. So could the right to love or marry someone of the same gender, or a different race. All of these deeply personal decisions could end up falling under the purview of politicians.

So how can we protect the right to choose?

One hope is that Congress will step up. For decades, champions like Rep. Barbara Lee (D-CA) have fought for legislation like the Women’s Health Protection Act, which codifies the right to choose and expands access to affordable reproductive healthcare for all Americans.

Failing that, Americans in individual states will need to fight hard to pass state-level legislation that protects the right to choose and so much else.

My mother and grandmother were born into a world where dangerous back alley abortions were a reality for millions. Institutions like Planned Parenthood existed alongside hidden networks like the Jane Collective, which secretly assisted with access to abortion services.

It wasn’t so long ago. I’ve been in marches where I carried signs with the same exact slogans that my mother, her sisters, and my late grandmother carried. I’ve fought for the same rights and protections that they did. And I’m furious that their victories are under dire threat.

But like millions in our movement, I’ve been anticipating this moment. I’m going to fight like hell.

And this time, it’s personal.

Olivia Alperstein is the media manager of the Institute for Policy Studies. This op-ed was distributed by OtherWords.org. OtherWords commentaries are free to re-publish in print and online. Photo courtesy of Olivia Alperstein.