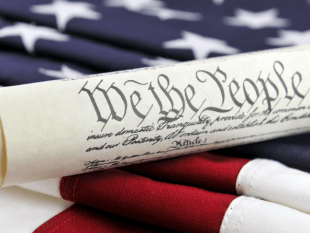 Representative Mo Brooks, Republican of Alabama and a fierce critic of the Affordable Care Act, has just changed his tune. He now says: “My primary focus is on minimizing risk of insolvency and bankruptcy. There are many paths you can take to get there. Socialized medicine is just one of the component parts of our debt and deficits that put us at financial risk.”

Translated: House Republicans are under intense pressure. A new Gallup poll shows the Republican Party now viewed favorably by only 28% of Americans, down from 38% in September. That’s the lowest favorable rating measured for either party since Gallup began asking this question in 1992. The Democratic Party is viewed favorably by 43%, down four percentage points from last month.

So Republicans are desperately looking for a way of getting out of the hole they’ve dug for themselves — and the President has given them one. He told them that if they agree to temporarily fund the government and raise the debt ceiling without holding as ransom the Affordable Care Act or anything else, negotiations can begin on reducing the overall budget deficit.

What’s the lesson here? The radicals who tried to hijack America didn’t understand one very basic thing. While most Americans don’t like big government, Americans revere our system of government. That’s why even though a majority disapprove of the Affordable Care Act, a majority also disapprove of Republican tactics for repealing or delaying it.

Government itself has never been popular in America except during palpable crises such as war or deep depression. The nation was founded in a revolution against an abusive government — that was what the original Tea Party was all about — and that distrust is in our genes. The Constitution reflects it. Which is why it’s hard for government to do anything very easily. (I’ve never been as frustrated as when I was secretary of labor — continuously running into the realities of separation of power, checks and balances, and the endless complications of federal, state, and local levels of authority. But frustration goes with the job.)

No one likes big government. If you’re on the left, you worry about the military-industrial-congressional complex that’s spending zillions of dollars creating new weapons of mass destruction, spying on Americans, and killing innocents abroad. And you don’t like government interfering in your sex life, telling you how and when you can have an abortion, whom you can marry. If you’re on the right, you worry about taxes and regulations stifling innovation, out-of-control bureaucrats infringing on your freedom, and government deficits as far as the eye can see.

So when Tea Party Republicans, bankrolled by a handful of billionaires, began calling the Affordable Care Act a “wholesale takeover of American health care,” many Americans were inclined to believe them. Health care is such a huge and complicated system, affecting us and our families so intimately, that our inherent distrust of government makes us instinctively wary. It’s no accident we’re still the only advanced nation not to have universal health care. FDR decided against adding it to his plan for Social Security because he didn’t want to jeopardize the rest of the program; subsequent presidents never got close, at least until Obama.

The best argument for the Affordable Care Act is that our current healthcare system is so dysfunctional — the most expensive in the world with the least healthy outcomes (highest infant mortality, shortest life spans, worst rates of chronic disease) of any advanced nation — that we had no choice but to try to fix it. Even so, it’s a typical American fix: It’s still based on private health providers and private insurers. All government does is subsidize the poor, require insurers to take in people with pre-existing health problems, and pay for it by requiring everyone to be insured.

The Tea Party Republicans’ mistake was to assume that Americans’ distrust of big government, and, by extension, the Affordable Care Act, would allow them to ride roughshod over the process we have for making laws.

Their double-barreled threat to shut down the government and cause the United States to default on its obligations if the Affordable Care Act isn’t repealed or at least delayed is a direct assault on our system of government: If even unpopular laws can be gutted by a majority in one house of Congress holding the rest of government hostage, there’s no end to it. No law on the books will be safe. (Their retort that Congress holds the “purse strings” and can therefore decide to de-fund what it dislikes is bunk; appropriation bills have to be agreed to by both houses and signed into law by the president, like any other legislation.)

While most of us distrust government, we’re indelibly proud of our system of government. We like to think it’s just about the best system in the world. We don’t much like politicians but we canonize the Founding Fathers, the Framers of the Constitution. And we revere the fading parchment on which the Constitution is written. When we pledge allegiance to the United States we bind ourselves to that system of government. Anyone who seeks to overthrow or undermine that system is deemed a traitor.

And that’s exactly what some Tea Partiers have begun sounding like — traitors to the system, radicals for whom the end they seek justifies whatever means they think necessary to achieve it. As such, they began losing support even among Americans who had bought their view of the Affordable Care Act.

So they’ve had to back down, and soon, hopefully, we can move to the next stage — negotiating over the size of government. That should be stronger ground for the Tea Partiers. But the President, Democrats, and any moderate Republican who dares show his face can still gain ground by framing the question properly: The size of government isn’t the real issue. It’s who government is for. The best way to reduce future budget deficits is to ensure it’s for all of us and not just a privileged few.

That means revenues should be raised from the wealthy, who have never been wealthier — limiting their deductions and tax credits, closing loopholes like “carried interest,” and taxing financial transactions. Spending should be cut by ending corporate welfare — terminating tax subsidies to oil and gas, ballooning payments to agribusiness, sweetheart deals for military contractors, and the “too big to fail” subsidy for Wall Street’s biggest banks. Future health-care costs should be contained by using the government’s bargaining leverage over providers (through Medicare, Medicaid, and the Affordable Care Act) to force a shift from fee-for-service to payments-for-healthy-outcomes. And we should spend more on high-quality education and infrastructure for everyone.

Americans distrust big government, and always will. There’s ample reason — especially given the huge sums now bankrolling politicians, coming from a relative handful of billionaires, big corporations, and Wall Street. But we love our system of government. That’s what must be strengthened.

By using tactics perceived to violate that system, the Tea Partiers have overplayed their hand. If they don’t stop their recklessness, they’ll be out of the game.

Robert B. Reich has served in three national administrations, most recently as secretary of labor under President Bill Clinton. He also served on President Obama’s transition advisory board. His latest book is Aftershock: The Next Economy and America’s Future. His homepage is www.robertreich.org.