Robert Reich: The new Gilded Age is even more terrifying than the original 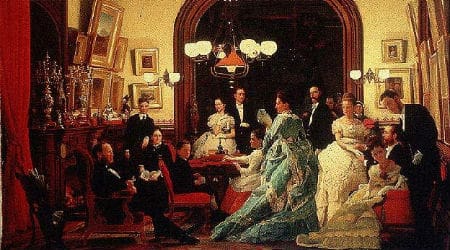 The banks had engaged in the biggest price-fixing conspiracy in modern history. Their self-described “cartel” used an exclusive electronic chat room and coded language to manipulate the $5.3 trillion-a-day currency exchange market. It was a “brazen display of collusion” that went on for years, said Attorney General Loretta Lynch.

But there will be no trial, no executive will go to jail, the banks can continue to gamble in the same currency markets, and the fines – although large – are a fraction of the banks’ potential gains and will be treated by the banks as costs of doing business.

America used to have antitrust laws that permanently stopped corporations from monopolizing markets, and often broke up the biggest culprits.

No longer. Now, giant corporations are taking over the economy – and they’re busily weakening antitrust enforcement.

The result has been higher prices for the many, and higher profits for the few. It’s a hidden upward redistribution from the majority of Americans to corporate executives and wealthy shareholders.

Wall Street’s five largest banks now account for 44 percent of America’s banking assets – up from about 25 percent before the crash of 2008 and 10 percent in 1990. That means higher fees and interest rates on loans, as well as a greater risk of another “too-big-to-fail” bailout.

But politicians don’t dare bust them up because Wall Street pays part of their campaign expenses.

Similar upward distributions are occurring elsewhere in the economy.

Americans spend far more on medications per person than do citizens in any other developed country, even though the typical American takes fewer prescription drugs. A big reason is the power of pharmaceutical companies to keep their patents going way beyond the twenty years they’re supposed to run.

Drug companies pay the makers of generic drugs to delay cheaper versions. Such “pay-for-delay” agreements are illegal in other advanced economies, but antitrust enforcement hasn’t laid a finger on them in America. They cost you and me an estimated$3.5 billion a year.

Or consider health insurance. Decades ago health insurers wangled from Congress an exemption to the antitrust laws that allowed them to fix prices, allocate markets, and collude over the terms of coverage, on the assumption they’d be regulated by state insurance commissioners.

Why does the United States have the highest broadband prices among advanced nations and the slowest speeds?

Because more than 80 percent of Americans have no choice but to rely on their local cable company for high capacity wired data connections to the Internet – usually Comcast, AT&T, Verizon, or Time-Warner. And these corporations are among the most politically potent in America (although, thankfully, not powerful enough to grease the merger of Comcast with Time-Warner).

Have you wondered why your airline ticket prices have remained so high even though the cost of jet fuel has plummeted 40 percent?

Because U.S. airlines have consolidated into a handful of giant carriers that divide up routes and collude on fares. In 2005 the U.S. had nine major airlines. Now we have just four. And all are politically well-connected.

Why does food cost so much? Because the four largest food companies control 82 percent of beef packing, 85 percent of soybean processing, 63 percent of pork packing, and 53 percentof chicken processing.

Big Agribusiness wants to keep it this way.

Google’s search engine is so dominant “google” has become a verb. Three years ago the staff of the Federal Trade Commissionrecommended suing Google for “conduct [that] has resulted – and will result – in real harm to consumers and to innovation.”

The commissioners decided against the lawsuit, perhaps because Google is also the biggest lobbyist in Washington.

The list goes on, industry after industry, across the economy.

Antitrust has been ambushed by the giant companies it was designed to contain.

Congress has squeezed the budgets of the antitrust division of the Justice Department and the bureau of competition of the Federal Trade Commission. Politically-powerful interests have squelched major investigations and lawsuits. Right-wing judges have stopped or shrunk the few cases that get through.

We’re now in a new gilded age of wealth and power similar to the first gilded age when the nation’s antitrust laws were enacted. But unlike then, today’s biggest corporations have enough political clout to neuter antitrust.

Conservatives rhapsodize about the “free market” and condemn government intrusion. Yet the market is rigged. And unless government unrigs it through bold antitrust action to restore competition, the upward distributions hidden inside the “free market” will become even larger.