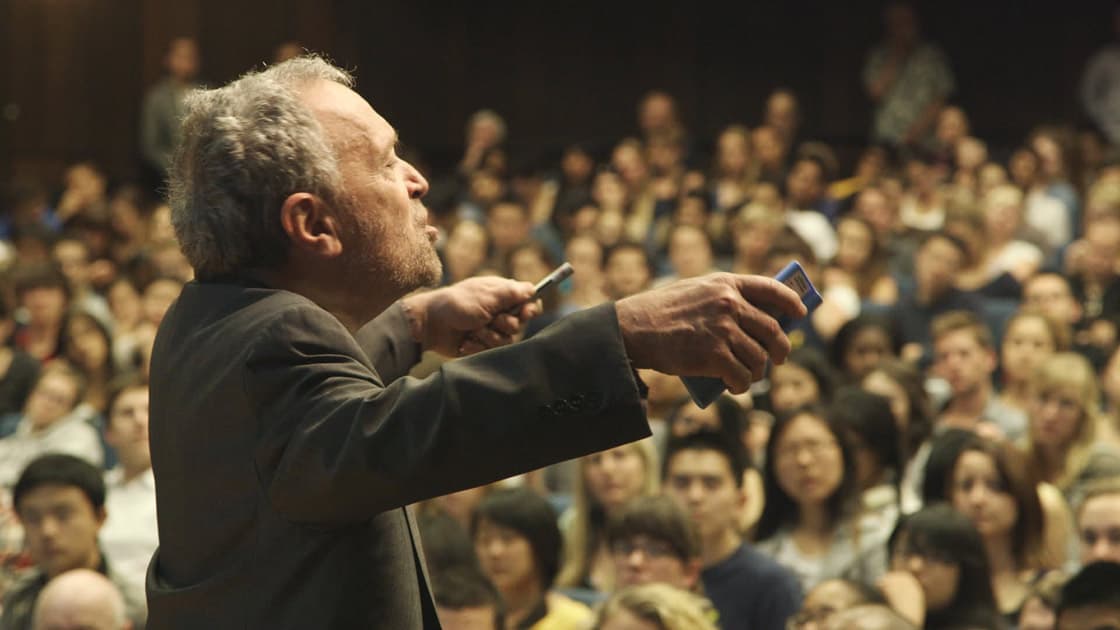 Robert Reich in “Inequality for All”

I know a high school senior who’s so worried about whether she’ll be accepted at the college of her choice she can’t sleep.

The parent of another senior tells me he stands at the mailbox for an hour every day waiting for a hoped-for acceptance letter to arrive.

Parents are also uptight. I’ve heard of some who have stopped socializing with other parents of children competing for admission to the same university.

Competition for places in top-brand colleges is absurdly intense. With inequality at record levels and almost all the economic gains going to the top, there’s more pressure than ever to get the golden ring.

A degree from a prestigious university can open doors to elite business schools and law schools – and to jobs paying hundreds of thousands, if not millions, a year.

So parents who can afford it are paying grotesque sums to give their kids an edge.

They “enhance” their kids’ resumes with such things as bassoon lessons, trips to wildlife preserves in Botswana, internships at the Atlantic Monthly. They hire test-prep coaches. They arrange for consultants to help their children write compelling essays on college applications.

They make generous contributions to the elite colleges they once attended, to which their kids are applying  – colleges that give extra points to “legacies” and even more to those from wealthy families that donate tons of money.

You might call this affirmative action for the rich.

The same intensifying competition is affecting mid-range colleges and universities that are doing everything they can to burnish their own brands – competing with other mid-range institutions to enlarge their applicant pools, attract good students, and inch upward on the U.S. News college rankings.

Every college president wants to increase the ratio of applications to admissions, thereby becoming more elite.

Excuse me, but this is nuts.

The biggest absurdity is that a four-year college degree has become the only gateway into the American middle class.

But not every young person is suited to four years of college. They may be bright and ambitious but they won’t get much out of it. They’d rather be doing something else, like making money or painting murals.

They feel compelled to go to college because they’ve been told over and over that a college degree is necessary. Yet if they start college and then drop out, they feel like total failures. Even if they get the degree, they’re stuck with a huge bill — and may be paying down their student debt for years. And all too often the jobs they land after graduating don’t pay enough to make the degree worthwhile.

Last year, according to the Federal Reserve Bank of New York, 46 percent of recent college graduates were in jobs that don’t even require a college degree.

The biggest frauds are for-profit colleges that are raking in money even as their students drop out in droves, and whose diplomas are barely worth the ink-jets they’re printed on.

America clings to the conceit that four years of college are necessary for everyone, and looks down its nose at people who don’t have college degrees.

This has to stop. Young people need an alternative. That alternative should be a world-class system of vocational-technical education.

A four-year college degree isn’t necessary for many of tomorrow’s good jobs.

For example, the emerging economy will need platoons of technicians able to install, service, and repair all the high-tech machinery filling up hospitals, offices, and factories.

And people who can upgrade the software embedded in almost every gadget you buy.

Today it’s even hard to find a skilled plumber or electrician.

Yet the vocational and technical education now available to young Americans is typically underfunded and inadequate. And too often denigrated as being for “losers.”

These programs should be creating winners.

Germany – whose median wage (after taxes and transfers) is higher than ours – gives many of its young people world-class technical skills that have made Germany a world leader in fields such as precision manufacturing.

A world-class technical education doesn’t have to mean young people’s fates are determined when they’re fourteen.

Instead, rising high-school seniors could be given the option of entering a program that extends a year or two beyond high school and ends with a diploma acknowledging their technical expertise.

Community colleges – the under-appreciated crown jewels of America’s feeble attempts at equal opportunity – could be developing these curricula. Businesses could be advising on the technical skills they’ll need, and promising jobs to young people who complete their degrees with good grades.

Government could be investing enough money to make these programs thrive. (And raising taxes on top incomes enough to temper the wild competition for admission to elite colleges that grease the way to those top incomes.)

Instead, we continue to push most of our young people through a single funnel called a four-year college education — a funnel so narrow it’s causing applicants and their parents excessive stress and worry about “getting in;” that’s too often ill suited and unnecessary, and far too expensive; and that can cause college dropouts to feel like failures for the rest of their lives.

It’s time to give up the idea that every young person has to go to college, and start offering high-school seniors an alternative route into the middle class.

Robert B. Reich has served in three national administrations, most recently as secretary of labor under President Bill Clinton. He also served on President Obama’s transition advisory board. His latest book is “Aftershock: The Next Economy and America’s Future.” His homepage is www.robertreich.org.