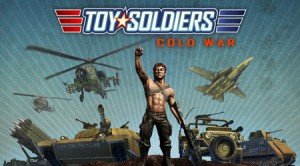 It is perhaps unsurprising, but nevertheless unhelpful, for so much of the discussion in the United States about policy toward Ukraine to be fueled by Cold War-type juices that the crisis has gotten flowing. Current-day Russia gets equated with the earlier USSR, within a frame of mind that equates any Russian advance with a setback for U.S. interests.

No such competition is involved in the standoff in Crimea. The balance of forces in the northern Black Sea region is of major importance to Russia; it is not of such importance to the United States.

Some of the most outspoken and unadulterated expressions of the frame of mind involved come from Sen. John McCain. He declares that for Vladimir Putin, “all rivalries are zero-sum.” The senator warns us that even if President Obama says we are not in competition with Russia, “Mr. Putin believes Russia is in competition with us, and pretending otherwise is an unrealistic basis for a great nation’s foreign policy.”

Even if Putin did think in such terms, why should the United States let itself get sucked into a similar brand of mistaken thinking? That sounds like letting our competitor set the rules of the game.

This situation most resembles accepting a playground dare: buying into some win-or-lose proposition just because a tough kid we don’t especially like challenges us to do so. And don’t worry, Sen. McCain assures us, about possibly losing, because — check your lexicon of foreign policy clichés — the “tide of history” is on the side of Ukraine and “the political values of the West.”

In fact, Putin surely is smart enough to realize that not all rivalries are zero-sum. Moreover, he probably realizes what he would be losing if he swallows Crimea. The losses would include not only economic countermeasures by the West but also a major blow to any hope of moving the rest of Ukraine, shorn of one of its more pro-Russian pieces, closer into the Russian orbit.

A tough-thinking Vladimir Putin has good reasons to be thinking about possible ways out of this crisis that are not all unilateral, not all military, and certainly not all zero-sum.

While he is doing such thinking, he also sees how domestic Russian politics have been working to his benefit in a traditional rally-round-the-flag way in response to this crisis and to how the Russian regime and media have been spinning it. The tough Putin we see is surely responding more to this political dynamic than acting out delusions about zero-sum competition with the West.

The West does have an interest in this dynamic, but it is not the one Sen. McCain is talking about. We have an interest in not encouraging and empowering the sort of elements within Russia that would welcome a new Cold War. Unfortunately a zero-sum, Cold War-like reaction from our side may already be tending to do that.

The Center for the National Interest’s Dimitri Simes observes about what is going on in Russia, “Hard-line people, more nationalist people, they are being energized, they think this may be their moment,” and besides the hardliners from whom we are already hearing “there is a lot behind them that is potentially more serious and more ominous.”

There is much sound policy advice about the Ukraine crisis available on the U.S. side that is not at all stuck in Cold War thinking, such as from John Mearsheimer or Graham Allison. Mearsheimer stresses the importance of thinking in geopolitical terms, understanding the concept of spheres of interest, and realizing that Russia has much more at stake in and around Ukraine than the United States does.

Such thinking is what leads two of America’s foremost elder strategists steeped in the continental realist tradition, Zbigniew Brzezinski and Henry Kissinger, both to invoke explicitly Finland as a model for how Ukraine could exist peacefully and prosperously with both Russia and the European Union. That concept is in sharp contrast to how “Finlandization” was used as a dirty word at times during the Cold War and again has been invoked as a pejorative in the current crisis.

The zero-sum mentality frequently accompanies the notion of supposed American weakness as the cause of ills throughout the world, and McCain joins in that theme with gusto. He blames the current U.S. administration and “a growing disregard for America’s credibility” for having “emboldened” not only Vladimir Putin but a wide variety of “other aggressive actors.”

Looking backward, that notion is invalid as gauged by the historical record. Looking forward, the notion is poor policy guidance both for that reason and because if one were to start drawing lines in sand to try to demonstrate credibility, the Ukraine crisis would be a poor place to do it.

Mearsheimer persuasively emphasizes how much the current crisis grew out of earlier Western and especially U.S. moves to bring Ukraine and Georgia into NATO. The fact that a central part of the crisis has been the overthrow of a fairly elected, even if corrupt, leader also ill serves the cause of democracy and other “political values of the West.”

In years following the Cold War one has heard much lecturing in Washington about the need to get past a “Cold War mindset.” Such a mindset, unfortunately, is alive and well today, although not primarily in the government bureaucracies that were the principal targets of the lectures.

Vladimir Putin and Barack Obama have many challenges if they are, along with leaders of the European Union and Ukraine, to resolve the current crisis successfully. One of those challenges is to cope with domestic elements in both countries that pine for the Cold War and that end every addition problem with the number zero.

Paul R. Pillar, in his 28 years at the Central Intelligence Agency, rose to be one of the agency’s top analysts. He is now a visiting professor at Georgetown University for security studies.