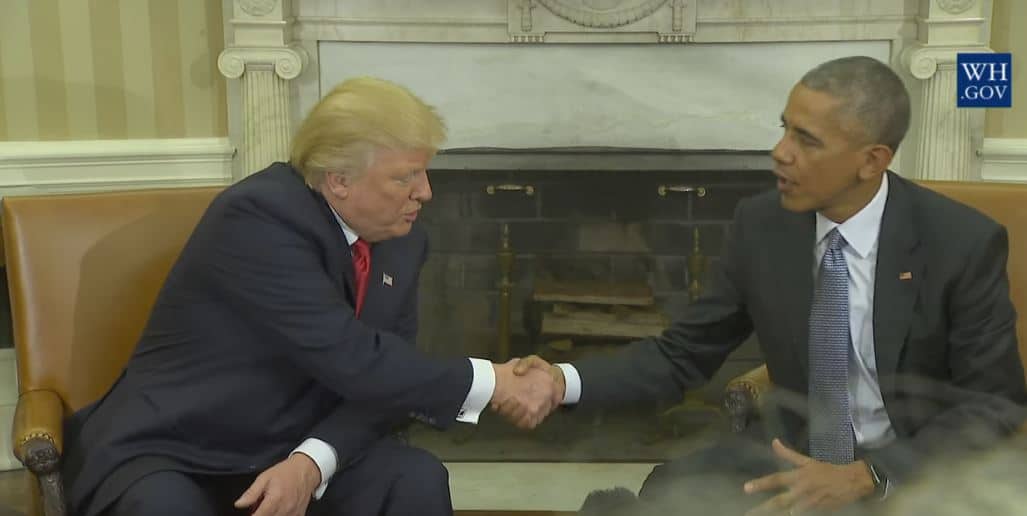 Throughout the election, critics often savaged the media for “normalizing Trump,” broadly defined as the act of treating his rank sexism, xenophobia and fascist dog-whistles as just another policy difference against equally valid opponents. This trend, borne largely by a combination of cognitive dissonance and access, is being accelerated now that Trump has won the election, and its continuation, if left unchecked, could undermine opposition for years to come.

Oprah Winfrey, in an interview with Entertainment Tonight, said Trump’s recent visit to the White House gave her “hope” and suggested he has been “humbled” by the experience. The Guardian’s Simon Jenkins told his readers to “calm down” and that Trump wasn’t the “worst thing.” His college, Nouriel Roubini, insisted the Oval Office will “tame” Trump. People magazine ran a glowing profile of Trump and his wife Melania (though a former People writer accused Trump of sexual assault). The New York Times’ Nick Kristof dubiously addedthat we should “Grit our teeth and give Trump a chance.” The mainstays—Washington Post, New York Times and CNN—while frequently critical, are coving Trump’s transition as they would any other. President Obama, Hillary Clinton and Bernie Sanders have all issued statements recognizing Trump’s legitimacy and pleading we give him a chance.

Overall there’s a creeping sense that we’re stuck with Trump and we should make it “work” in some type of do-goody liberal appeal to patriotism.

But this is wrong, both tactically and ethically. Trump isn’t normal and he should never be treated as such, regardless of what President Obama and Clinton and Sanders say. These people are politicians, bound by a different covenant. The media, namely progressive media, is subject to no such charge. The overall message of normalizing Trump is that you can steamroll women, LGBT people, the disabled, Muslims, and people of color, yet everything will be okay so long as you win. Indeed, when asked if he thought his rhetoric had gone too far, Trump responded, “No, I won.” This is the logic of a fascist, and liberals are acquiescing to him by pivoting to “Trump as our kooky uncle” normalization mode.

In addition to it working in Trump’s favor in the present, it creates a moral hazard for all future Trumps: you can go as far right as you want and smear as many vulnerable populations you want, so long as you surpass 270 electoral votes come fall.

Had Trump lost, he would likely have been cast out of proper company, left to build his own Breitbart-like brand operating on the margins of acceptable opinion. Influential and profitable to be sure, but not mainstream. Political principles, to say nothing of morality, should not shift based on the outcome of an election. If Trump was a vulgar racist and sexual predator before November 8, he still is after, regardless of his new position.

So what to do?

Those not appealing to bromides about “working together” are staging massive proteststhroughout the country, from Austin to Portland to Kansas City to New York. As expected, the same pundit class that neither predicted nor adequately combated Trump’s rise are concern trolling those taking to the streets to show their revulsion. The Daily Show ran a boring segment hand-wringing over some overturned cars. New York Magazine’s Jonathan Chait insisted the people shouldn’t denounce Trump the day after the election because it was “a little soon.” Too soon? Given the stakes, one is compelled to ask, why wait?

Israel has already signaled it will expand settlements with the blessing of the president-elect. The cabinet looks like it will be stuffed with unqualified Trump cronies. Virulently anti-poor people Paul Ryan has effectively been put in charge of budget priorities and is floating Medicare cuts. A climate change denier is selecting the head of the EPA. Why wait to use every available avenue to undermine Trump on the altar of civility?

Instead of appealing to civility or plotting a run four years down the road, pundits who truly want to undermine Trump as much as possible should spend more time supporting their local anti-Trump protests and far less time treating Trump like just another politician. The left can only combat Trump by leveraging both its political and activist wings, not indulging in Sorkinesque gestures of “working together.”

Adam Johnson is a contributing analyst at FAIR and contributing writer for AlterNet. Follow him on Twitter @AdamJohnsonNYC.