Get the Hell Out of Afghanistan

The lesson of all this, which was obvious even before we came, is that superior weapons and forces can occupy a country, but occupiers never really win. 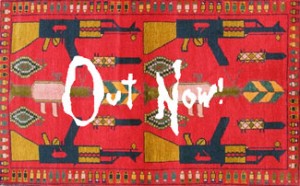 The British occupation began in arrogance in 1878 and ended in 1880 in massacre. The occupation by the Soviet Union ended in defeat and humiliation. The American occupation, officially an operation of the North Atlantic Treaty Organization, goes on and on toward another bad ending.

You’d think we would have Googled the place before we invaded after the destruction of the World Trade Center in New York on Sept. 11, 2001. We did not use the word “invasion” then, of course. We said it was a “mission” to find and punish al-Qaida and its leader, Osama bin Laden, and the brutal Taliban, which had given him refuge in the hard mountain territory of western Afghanistan.

Or perhaps we should have read Rudyard Kipling, the poet of the British Empire, who lived in that unforgiving region, and wrote:

“When you’re wounded and left on Afghanistan’s plains,

“And the women come out to cut up what remains,

“Jest roll to your rifle and blow out your brains

Now, after more than 2,000 Americans have gone to their deaths in that far place, and more than 1,000 soldiers from other NATO countries, to say nothing of hundreds of thousands of Afghans, most of our allies have gone home, and we say we will, too, at the end of 2014 in the war we chose, even after the accomplishment of the original mission. We were as arrogant as the British and probably stupider. Foreigners cannot defeat or perpetually subjugate or even barely change the people who have been there for thousands of years before we came, and will be there for thousands of years after we leave in defeat.

The lesson of all this, which was obvious even before we came, is that superior weapons and forces can occupy a country, but occupiers never really win. Before the flowers of welcome are dead and gone, the occupier is hated by the occupied. They will spit on the occupier when he leaves. The leader of the Afghan government, the man on whom we have spent blood and tens of billions of dollars—many of those dollars stolen by his cronies—is spitting on us now.

Because that is what I think, I was thrilled to read in The Daily Beast/Newsweek a commentary by Leslie Gelb, a man who has roamed the halls of American power almost all of his career, in the State Department and the Council on Foreign Relations and as a New York Times columnist. He was the director of the Pentagon Papers Project, as well, a study of the Vietnam War, pages in which one can learn a lesson or two about invasions and occupation.

Here is what he said last week in language a bit earthier than his usual style, under the headline: “To Hell With Karzai”:

“Hamid Karzai is beating up on the United States to score domestic political points once again, this time on the occasion of Chuck Hagel’s maiden visit as defense secretary to that sad country. Yet the Obama team and America’s foreign-policy cognoscenti can’t seem to draw the obvious conclusions—stop letting these Karzai guys play us for suckers and speed up our exit, and stop wasting American lives and dollars….

“This clown is proclaiming that we are colluding with the enemy to prolong our stay in Afghanistan. And yet I already hear my foreign-policy colleagues’ familiar excuses for these rhetorical knives. ‘You know old Hamid … Forget about it; the Afghan people are with us.’…

“Frankly, I’m sick and tired of Karzai’s baloney, his family’s corruption, the corruption of the Afghan political and economic elite, the grotesque waste, the thievery, the drugs, not to mention their own collaboration with the Taliban. The only ones I truly feel for are the Afghan women and those armed forces that continue to fight for a free society that may never come.”

I would delete the word “may,” but keep “Hell.” We should get the hell out of there now.