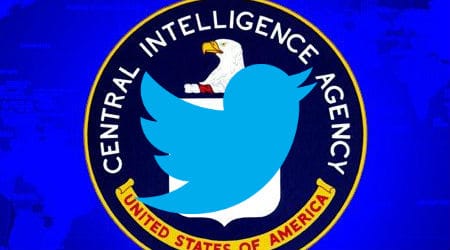 According to a document obtained by journalist Lee Fang, In-Q-Tel is funding companies that monitor, collect, and analyze social media traffic and activities on platforms such as Twitter, Facebook, and Instagram. The investments were previously undisclosed.

For instance, Fang points to PATHAR, a social media intelligence company whose product, Dunami, is already being used by the FBI to “mine Twitter, Facebook, Instagram and other social media to determine networks of association, centers of influence and potential signs of radicalization,” as confirmed last month by the Center for Investigative Reporting.

Another firm in In-Q-Tel’s portfolio is Dataminr, which “directly licenses a stream of data from Twitter to visualize and quickly spot trends on behalf of law enforcement agencies and hedge funds, among other clients,” Fang writes.

Geofeedia, also on In-Q-Tel’s list, “promotes its research into Greenpeace activists, student demonstrations, minimum wage advocates, and other political movements,” Fang reports. “Police departments in Oakland, Chicago, Detroit, and other major municipalities have contracted with Geofeedia, as well as private firms such as the Mall of America and McDonald’s.”

FBI and CIA scraping of the internet for social media users’ “digital dust” is hardly a new phenomenon.

In 2009, Wired reported that In-Q-Tel was “putting cash into Visible Technologies, a software firm that specializes in monitoring social media,” as part of “a larger movement within the spy services to get better at using ‘open source intelligence’—information that’s publicly available, but often hidden in flood of TV shows, newspaper articles, blog posts, online videos, and radio reports generated every day.”

And in 2011, the Associated Press wrote about the CIA’s “Open Source Center, [where] a team known affectionately as the ‘vengeful librarians’ also pores over Facebook, newspapers, TV news channels, local radio stations, Internet chat rooms—anything overseas that anyone can access and contribute to openly.”

However, Fang argues, “[t]he recent wave of investments in social media-related companies suggests the CIA has accelerated the drive to make collection of user-generated online data a priority. Alongside its investments in start-ups, In-Q-Tel has also developed a special technology laboratory in Silicon Valley, called Lab41, to provide tools for the intelligence community to connect the dots in large sets of data.”

Such blanket data collection and analysis is worrisome to privacy advocates like Lee Rowland, a senior staff attorney with the American Civil Liberties Union, who told The Intercept: “When you have private companies deciding which algorithms get you a so-called threat score, or make you a person of interest, there’s obviously room for targeting people based on viewpoints or even unlawfully targeting people based on race or religion.”

Fang reported just last week on In-Q-Tel’s investments in Skincential Sciences, a cosmetic company that has “developed a patented technology that removes a thin outer layer of the skin, revealing unique biomarkers that can be used for a variety of diagnostic tests, including DNA collection.”