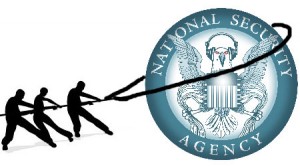 Sen. Patrick Leahy and Rep. Jim Sensenbrenner have introduced The USA FREEDOM Act (S.1599), which would put an end to the NSA’s massive and unconstitutional collection of phone call data on all Americans. To have any chance of passing, the bill will need the support of a substantial number of Senators. Please sign the petition below to urge Sen. Barbara Boxer to sign on as a co-sponsor.

Note: On the House side of Capitol Hill, we’re pleased to report that all our local Representatives — Anna Eshoo, Jackie Speier, MIke Honda, And Zoe Lofgren — have all signed on as co-sponsors of The USA FREEDOM Act.

Dear Sen. Boxer – We strongly urge you to co-sponsor S.1599, The USA FREEDOM Act, so that it may be brought for a vote in both the House and the Senate. The USA FREEDOM Act most closely resembles what your constituents desire: Reining in the NSA’s out-of-control collection of the phone data of American citizens and residents.