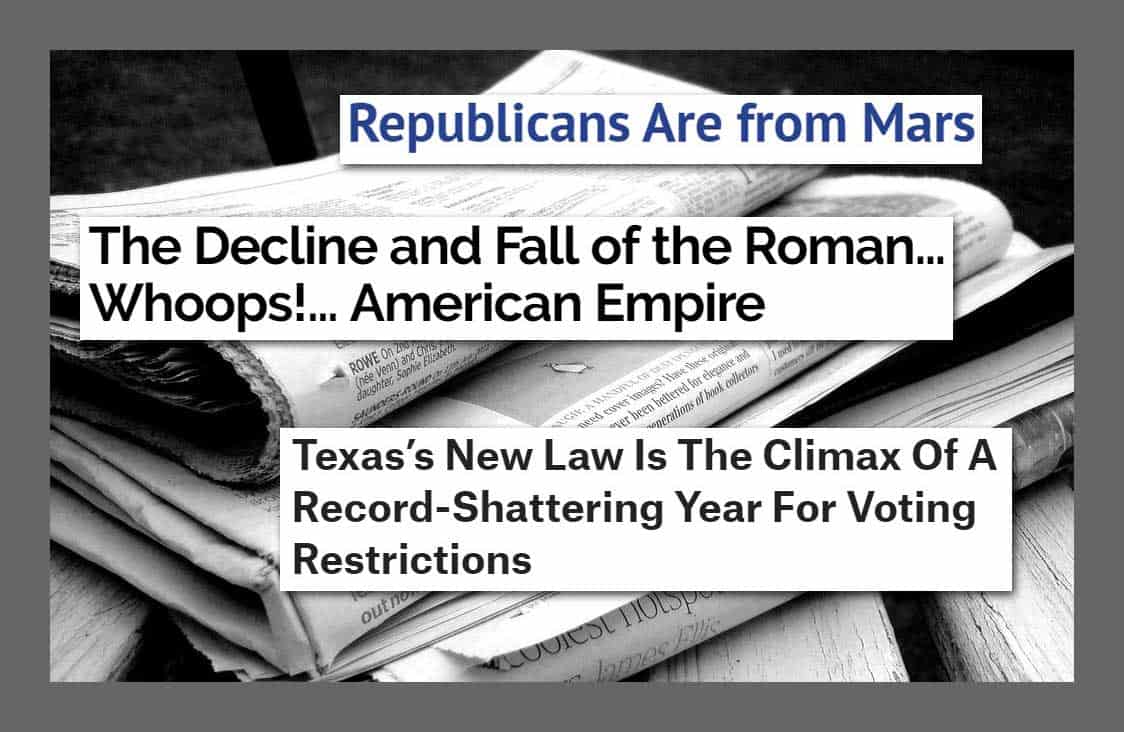 Texas’s New Law Is The Climax Of A Record-Shattering Year For Voting Restrictions • The Decline and Fall of the Roman… Whoops!… American Empire • Republicans Are from Mars

Based on data from the Brennan Center for Justice and the Voting Rights Lab as well as our own research, we now count 52 new voting restrictions that have been enacted this year in 21 different states.

The Decline and Fall of the Roman… Whoops!… American Empire By Tom Engelhardt

Count on this, though: the politicians of the great power that hasn’t won a significant war since 1945 will agree on one thing — that the Pentagon and the military-industrial complex deserve yet more funding (no matter what else doesn’t). In truth, those institutions have been the major recipients of actual infrastructure spending over much of what might still be thought of as the American century. They’ve been the true winners in this society, along with the billionaires who, even in the midst of a grotesque pandemic, raked in profits in a historic fashion. In the process, those tycoons created possibly the largest inequality gap on the planet, one that could destabilize a democracy even if nothing else were going on. The losers? Don’t even get me started. Read the article

Republicans Are from Mars By Terry H. Schwadron

With would-be Republican candidates for president sounding as if they are on Mars, we must take notice – these people could be running the country. The trick is in assuring ourselves that we’re not just seeing a “gaffe” remark, but something that represents sustained thinking. Here are a few that seem to do just that. Read the article