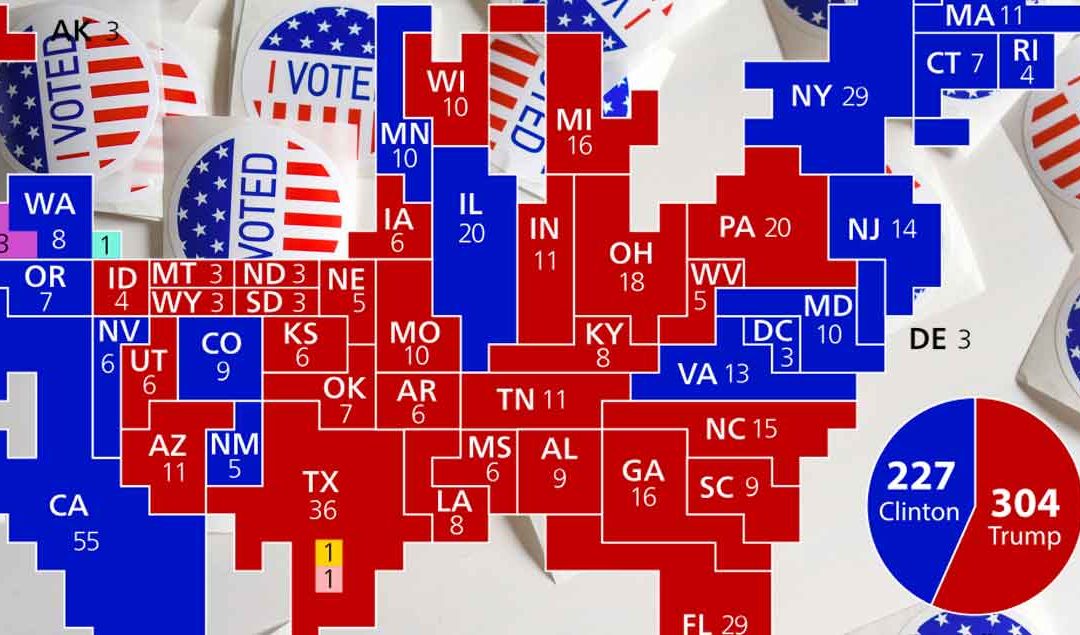 “The Electoral College, which has given us five popular vote losers as president in our history, twice in this century alone, has become a danger, not just to democracy, but to the American people”

Rep. Jamie Raskin, soon to be the top Democrat on the House Oversight Committee, said Sunday that the Electoral College is a “danger” to U.S. democracy and should be abandoned in favor of presidential elections decided by the popular vote.

“The Electoral College now, which has given us five popular vote losers as president in our history, twice in this century alone, has become a danger, not just to democracy, but to the American people,” Raskin (D-Md.) said in an appearance on “Face the Nation” Sunday. “It was a danger on January 6. There are so many curving byways and nooks and crannies in the Electoral College that there are opportunities for a lot of strategic mischief.”

“We should elect the president the way we elect governors, senators, mayors, representatives, everybody else: Whoever gets the most votes wins,” added Raskin, who served on the House select committee that investigated the January 6, 2021 attack on the U.S. Capitol.

Axiosreported earlier this year that some members of the January 6 panel wanted “big changes on voting rights—and even to abolish the Electoral College—while others are resisting proposals to overhaul the U.S. election system.”

In its final report, the House committee stopped short of calling for the abolition of the Electoral College, something progressives have demanded for years.

The Maryland Democrat’s comments came days after Congress approved reforms to the Electoral Count Act, an obscure 1887 law that governs the tallying of Electoral College votes.

“For years, legal scholars have worried the law was poorly written and in need of clarification, and former President Donald Trump and his allies targeted the law’s ambiguities in their attempts to overturn the 2020 election,” NPR noted last week. “In the time after voting ended in 2020and results were certified, Trump and his team argued that then-Vice President Mike Pence had the power to interfere with the counting of electoral votes because the law as it currently stands names the vice president as the presiding officer over the joint session of Congress where those votes are counted.”

“The update passed by the Senate would clarify that the vice president’s role in the proceedings is purely ceremonial,” the outlet explained. “Importantly, the measure also would raise the bar for objecting to a state’s slate of electors. As it stands now, it takes just one member of the House and one senator to challenge a state’s electors and send both chambers into a potentially days-long debate period, even without legitimate concerns.”

While welcoming the newly passed reforms, Raskin said Sunday that they won’t “solve the fundamental problem.”

“We know that the Electoral College doesn’t fit anymore, which is why I’m a big supporter of the National Popular Vote Interstate Compact, where it’s bubbling up from below,” Raskin continued. “There are now 15 or 16 states and the District of Columbia who’ve said, ‘We’re going to cast our electors for the winner of the national vote once we get 270 electors in our coalition.'”

The compact—which has the goal of guaranteeing the presidency to “the candidate who receives the most popular votes across all 50 states and the District of Columbia”—has thus far been backed by 16 U.S. jurisdictions with a total of 195 electoral votes.

Last week, Florida State Rep. Michael Gottlieb—a Democrat—filed legislation that would make the Sunshine State the latest to join the compact. The bill is expected to face opposition from Republicans in the state, including Gov. Ron DeSantis—a possible 2024 presidential candidate.