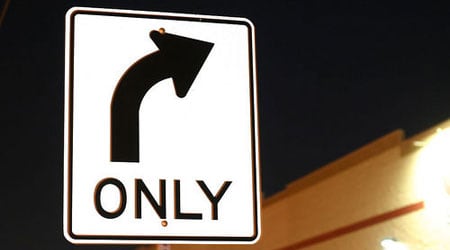 By Peter Hart
Fairness and Accuracy in Reporting (FAIR)

Last week the White Houseannounced that it was–at least for now–giving up on a cut in Social Security benefits known as “chained CPI.” This news made many in the elite media upset that Washington wasn’t coming together to do something so perfectly sensible.

Chained CPI–an adjustment in calculating inflation that would cut benefits–had outraged left-liberal activists and economists, who argue that cutting Social Security for the sake of budget savings and a so-called “grand bargain” is bad policy.

But it’s been popular with journalists (FAIR Blog, 12/19/12), some of whom seem to think that cutting benefits for the elderly is a wise political move to the middle (FAIR Blog, 4/8/13).

The Washington Post editorial page (2/21/14) called the news a “huge disappointment” and declared that Obama “has abdicated what little leadership on entitlement reform he had shown.” Post columnist Fred Hiatt (2/23/14) wrote that chained CPI was a “relatively small thing… that would have helped save Social Security.” He went on to sadly note, “Someone else will have to fix Social Security.”

You have those on the left who would take the party as far that way as some of the Tea Party folks want to take the Republican Party on the right. I mean, when the president comes out and says he’s not going to touch entitlement reform, that’s like waving a red flag in front of a bull to the Republicans. I mean, have we given up on trying to get anything done and compromising on anything?

It’s an old theme in corporate media, this idea that the “two sides” should do more to “compromise” on what the pundits seem to believe are no-brainers.

Over on Meet the Press (2/23/14), New York Times columnist David Brooks lamented that these failures have terrible economic consequences:

What are the things that are going to help the economy in the near term? Immigration would be a huge boost for the economy. A fast-track trade deal across the Atlantic, across the Pacific, huge boost. Chained CPI would save a trillion dollars in the second decade off the federal budget debt.

So these are all gigantic, very good policies, where there is majority support and where, in the old days in Washington, you’d cobble together a bipartisan coalition and get rid of the fringes. But right now, the fringes have veto power over everything else, and nobody’s found a solution to that.

Chris Matthew agreed, explaining that the Democrats are

going to the battle stations: Nothing on Social Security. All-out talk about minimum wage. Nothing on trade. David’s dead right. Nothing’s going to get done, because both parties have gone to their base.

These comments exhibit a curious notion about where the “middle” is and what “majority support” means.

In reality, the cuts in Social Security benefits that would occur because of chained CPI make it anenormously unpopular policy idea.

The public is not permitted to know much about secretive corporate trade arrangements like the Trans-Pacific Partnership; nonetheless,some polls suggest that people arenot terribly enthusiastic about them, or about granting the White House “fast track” authority.

And while Matthews thinks of a minimum wage hike as evidence that Democrats are off at their “battle stations” and playing to their base, that’s a policy idea that is actually broadly popular with the public.

There’s a notion in centrist media that the political “center” is the best place to be. So it’s especially interesting to see what media think the “center” is. Often their version of the middle is well to the right of the majority of the public.