Professor Who Criticized Trump Is in Hiding After Death Threats 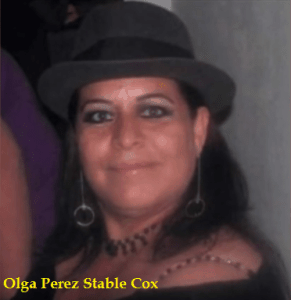 A professor who gave a lecture criticizing Donald Trump, and the divisiveness and racist rhetoric of his presidential campaign, has gone into hiding after receiving death threats.

Olga Perez Stable Cox, a psychology instructor at Orange Coast College, was secretly recorded by a student during a class days after the presidential election. In a video posted to YouTube on December 6, Cox expresses disappointment, fear and to a lesser degree, hopefulness about the future. The footage begins with Cox stating the incoming administration is led by a “white supremacist and a vice president that is one of the most anti-gay humans in this country.” She goes on to say that, “Our nation is divided, we have been assaulted, it’s an act of terrorism….And so we are in for a difficult time, but again, I do believe that we can get past that.”

The student who surreptitiously filmed Cox remains anonymous, but Joshua Recalde-Martinez, whom the Los Angeles Times identifies as the president of the Orange Coast College Republicans Club, released the video publicly. In the weeks since its appearance online, Cox has been subject to “more than 1,000 emails, calls and Facebook comments.” Almost all of those messages have been critical, and some have included threats to Cox’s life, according to the Orange County Register.

Rob Schneiderman, president of the local teachers’ union, said Cox identifies as a “lesbian, Latina woman living in [conservative] Orange County.” Schneiderman told the Register that though Cox is “pretty strong,” the sheer number of harassing messages, as well as the violence some expressed, was frightening enough to force Cox to leave the state for a period.

“Someone emailed her a picture of her house, with her address,” Schneiderman told the Register. He said the letter warned that Cox’s “home address is now going to be sent everywhere.”

Another email reportedly read, “You want communism, go to Cuba…try to bring it to America and we’ll put a (expletive) bullet in your face.”

Earlier this week, a group of 60 students and faculty held a rally in support of Cox. Some held signs reading “We support academic freedom” and “OCC for Olga,” according to the LA Times. Later in the day, a group of conservative students, including Recalde-Martinez, showed up in counterprotest.

Elias Altamirano, an OCC student who organized the demonstration, told the Register he hoped to reassure Cox her presence on campus was welcome. “She has been here 30 years and impacted over 30,000 lives,” Altamirano said. “I want to let Olga know this is her home and she doesn’t have to feel threatened.”

“Some of us were upset that the media was only showing one side…I think her comments were taken out of context,” OCC student Autumn Durand, told the Times. “Undocumented students are scared, women are scared. Olga’s speech was about protecting students.”

A lawyer has filed a complaint against Cox with OCC president Dennis Harkins. The Times reports the “complaint suggested that Cox attend anger management classes and apologize to her students, and that the complaint be placed in her personnel file.” The college is currently reviewing the request. The school is also trying to determine if the student who secretly made the video violated any rules by recording without Cox’s consent. This may be due partly to the content of the class. A student who previously took the course, which is focused on human sexuality, told the Times it was a forum where “students can share their sexual experiences during class discussions.”

Cox has an entry on the Professor Watchlist, a right-wing website that asserts its mission is to “Expose and document college professors who discriminate against conservative students, promote anti-American values, and advance leftist propaganda in the classroom.” Conservatives have long condemned institutions of higher learning as bastions of liberal ideology. The political winds may be blowing in a direction that leaves many professors vulnerable to attacks from conserative, Republican and other right-wing groups.

“My experience talking to students is that they want a diverse range of professors and opinions in class,” said union president Rob Schneiderman. “The problem here is the lack of dialogue, with students turning the classroom into a reality TV show when they surreptitiously videotape and publish it.”