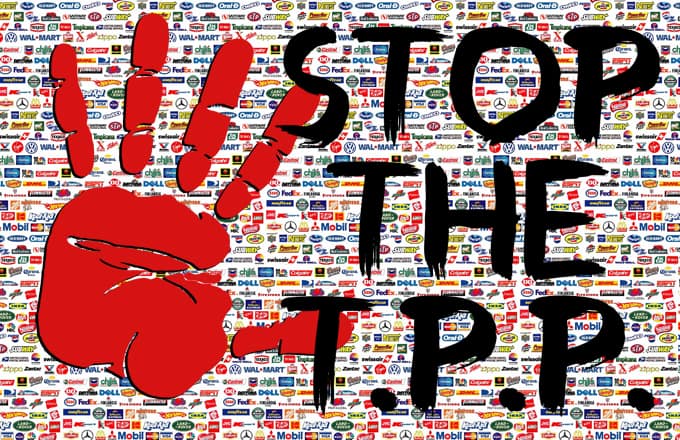 The Democratic primary of 2008, much like that of 2016, featured a sharp debate on global trade — about who writes the rules, who benefits, and who, ultimately, is harmed.

And like 2016, the 2008 discussion was largely dominated by so-called trade agreements, namely the North American Free Trade Agreement. Signed into law by Bill Clinton in 1993, NAFTA encompassed the economies of Mexico, Canada, and the United States, and its implementation was accompanied by the usual lofty promises.

Whether these promises were fulfilled is another question entirely. Barack Obama, during his run for the presidency, made his view quite clear.

After noting that Hillary Clinton celebrated NAFTA in her memoir, calling it a “legislative victory,” Obama lamented that “One million jobs have been lost because of NAFTA.”

“And yet, 10 years after NAFTA passed, Senator Clinton said it was good for America,” he continued. “Well, I don’t think NAFTA has been good for America — and I never have.”

Many have since expressed a similar take. In a debate featured in the New York Times in 2013, economist Dean Baker argued that, in one sense, NAFTA did what it was supposed to do: It placed downward pressure on wages.

“After all,” Baker noted, “one of the main purposes of the agreement was to make U.S. firms feel confident that they could locate operations in Mexico without having to fear that their factories could be nationalized or that Mexico would impose restrictions on repatriating profits.”

Such conditions “encouraged firms to take advantage of lower cost labor in Mexico, and many did,” Baker continued. “This can produce economic gains; they just don’t go to ordinary workers.”

In the same debate, Laura Carlsen, a researcher and director at the Center for International Policy, argued that while NAFTA did indeed spark significant job loss in the United States, it also “cut a path of destruction through Mexico.”

The agreement, which “heavily subsidized U.S. corn and other staples poured into Mexico,” also forced millions from their farms, devastating families and sparking a rise in poverty.

“As a result,” Carlsen observed, “20 million Mexicans live in ‘food poverty’. Twenty-five percent of the population does not have access to basic food and one-fifth of Mexican children suffer from malnutrition. Transnational industrial corridors in rural areas have contaminated rivers and sickened the population and typically, women bear the heaviest impact.”

But everything will work out this time around.

At least, that is the argument President Obama is making as he prepares for a final push to pressure lawmakers into backing the Trans-Pacific Partnership, an agreement that has been deemed “NAFTA on steroids” by critics who believe it will further erode labor conditions, harm the environment, and grant corporations unprecedented power.

Not surprisingly, the negotiations that preceded the agreement, which encompasses 40 percent of global GDP, were shrouded in secrecy — unless, of course, you are a representative of Walmart, Nike, General Electric, or Dow Chemical.

The full text of the TPP has since been made available, but the public was forced to rely on WikiLeaks for access to crucial documents as the president pushed for fast-track authority, which both allows the president to present Congress with the final deal and “prevents the legislature from blocking or amending the text.”

Thanks to the work of organized labor, environmental groups, consumer advocates, and many lawmakers, however, the president is confronting strong and vehement resistance. Both Donald Trump and Hillary Clinton have, in word, stated their opposition to the deal, and its controversial provisions have become major points of contention throughout the presidential race; the Democratic convention in July featured copious anti-TPP protest signs, many of which were brandished during the president’s much-lauded speech.

But Obama has remained resolute and, at times, he has been outright dismissive of his critics.

“Right now, I’m president and I’m for it,” he said at a conference in Singapore, one of the nations involved in the pact. “And I think I’ve got the better argument and I’ve made this argument before, I’ll make it again. We are part of a global economy. We’re not reversing that.”

The president’s argument is, however, a fraudulent one, a fact recognized by mainstream liberal critics of the deal, from Joseph Stiglitz to Paul Krugman, among others.

The TPP, Krugman wrote last year, “is not a trade agreement. It’s about intellectual property and dispute settlement; the big beneficiaries are likely to be pharma companies and firms that want to sue governments.”

Expanding on the implications of these points, Sean Starrs notes that “Protection of IP rights ensures that advanced knowledge sectors, like the pharmaceuticals industry, maintain their healthy profit margins (and the poor continue to be denied life-saving drugs). US agribusiness will profit from the opening of Japan’s agricultural sector, and Nike will benefit from the further liberalization of Vietnam (where most of its shoes are manufactured).”

It is unsurprising, then, given this context, that President Obama’s most reliable allies in his aggressive push for the TPP have been the business lobby and corporate Republicans, whose desire to please their benefactors exceeds even their reactionary opposition to the president’s agenda.

In January, the U.S. Chamber of Commerce endorsed the accord in striking and revealing fashion, promising to “ensure the agreement is implemented in a way that maximizes its commercial benefits, including market access, rules, and intellectual property protections.”

“We need a trade deal that opens markets for us,” Tom Donohue, the group’s president said in July.

And as the New York Times reported earlier this week, business representatives have been hitting the road hard of late, touting the agreement’s prospects and calling on lawmakers to fight for its passage.

“Business and agricultural associations have been campaigning through the summer,” writes Jackie Calmes. “The Business Roundtable, an association representing the chief executives of some of the largest American companies, has held events in more than 120 congressional districts during lawmakers’ summer recess.”

That is not, of course, to say that big business is entirely on board with all aspects of the agreement. As Calmes notes, representatives of the tobacco industry have complained that, as a result of certain provisions, “tobacco companies would be barred from using international trade tribunals to sue countries that restrict smoking.”

And while Republicans and their patrons argue that the agreement is not brazen enough in its support for the right of corporations to impose their will without restrictions, Democrats are calling for a nicer agreement, one that provides at least some protections for workers and the environment. But they, too, are part of the problem.

The president and many congressional Democrats have, in effect, accepted the premise that big business should be permitted to dictate the rules by which global markets function, just as long as these rules allow for some cushioning for the masses.

But given the balance of power within the so-called “trade advisory system,” massive corporations are certain to exert the most influence, silencing the meager representation granted to labor and those who represent the interests of consumers. According to data compiled by the Washington Post, “Industry voices dominate the trade advisory system,” making up 85 percent of official trade advisers; by contrast, only around 5 percent represent labor.

Many have expressed genuine surprise that President Obama, ostensibly a progressive, would push so ardently for a deal shaped by and for the needs of capital. Such surprise is confusing, given the president’s insistence, all along, that he is a “New Democrat” — that he emerges from a tradition, now dominant within the Democratic Party, that long ago abandoned the left-labor alliance that bolstered the party through the New Deal period.

And despite her rhetoric, Hillary Clinton is no diversion from this tradition, and she, like Obama, has done much to shatter vague hopes that she will reverse her rightward pivot — from her choice of a running mate who has in the past been hostile to labor to her selection of Ken Salazar, who both supports the TPP and is “a reliable friend” of big oil, to head her transition team.

But the fight over the TPP reaches beyond the confines of American electoral politics; it is, more broadly, a conflict between the forces of global capital — in partnership with political leaders — and the working class.

Our solidarity must, therefore, extend beyond the borders of the United States to thosemarching in the streets to combat the scourge of corporate “trade” pacts that empower industry and silence, often violently, the voices of the most vulnerable. And it must extend, most importantly, to those who have been victimized by the very same corporations attempting to pave the way for yet another assault on workers and the environment.