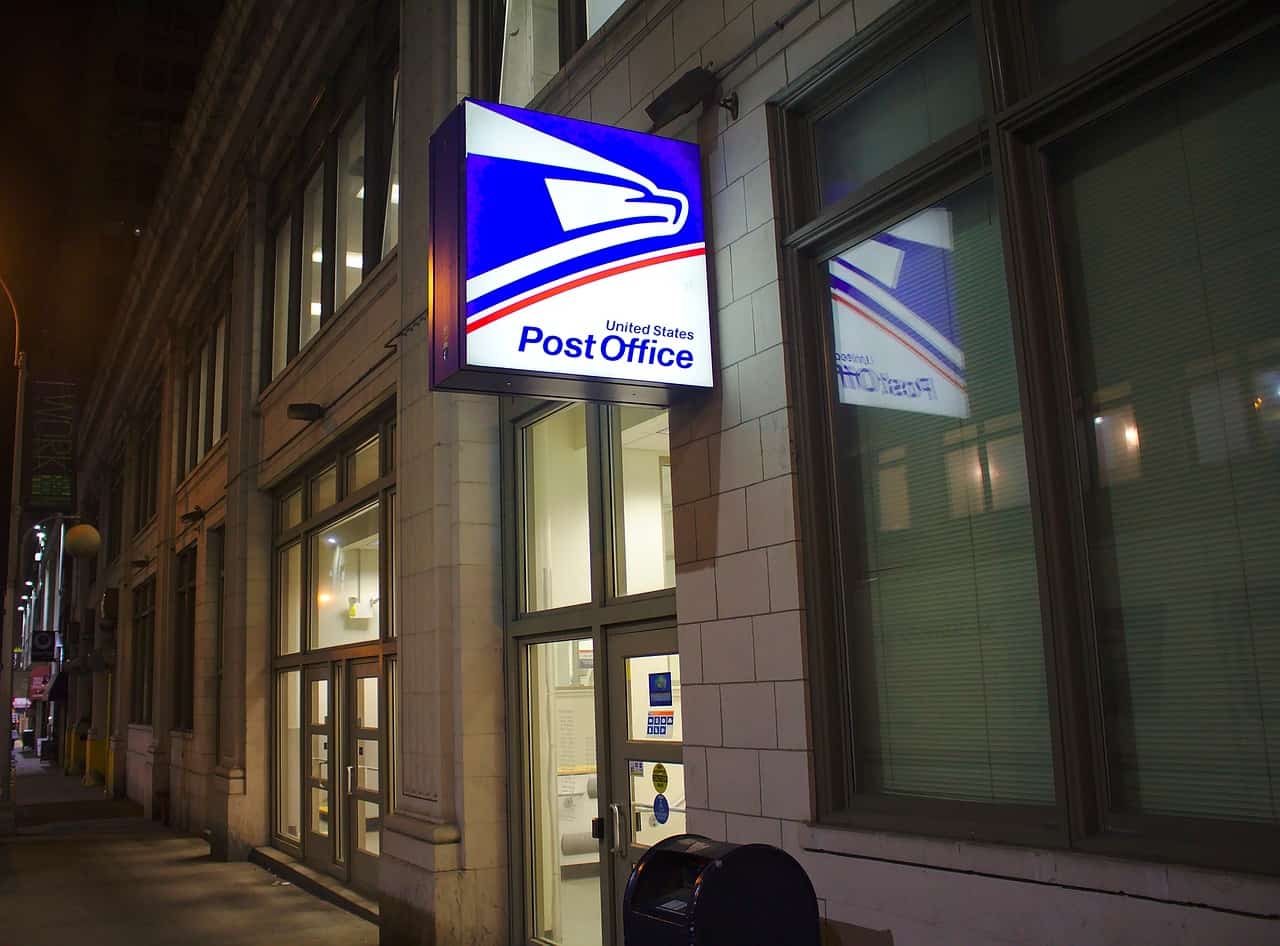 It’s being called “Bernie’s Brilliant Idea,” and Bernie Sanders’s embrace of postal banking is indeed brilliant, both in timing and substance. But while his insurgent presidential campaign may give a credible boost to USPS financial services, Sanders’s endorsement is far from sufficient. To make postal banking happen requires a broad, mass coalition willing to keep pushing the issue regardless of the outcome of the 2016 elections. If you want to be part of that movement, or already are, keep these six things in mind:

Nations all over the world have postal savings banks, and the United States had a successful postal bank from 1911 to 1967. At one time, as many as 10% of Americans used postal banks; unsurprisingly, it was lobbying from big banks that shut the program down by urging Congress to stop allowing postal banks to offer competitive interest rates. The emergence of postal banking as a 2016 electoral issue stems from a campaign that began early last year with a short, persuasive piece written by Sen. Elizabeth Warren, who cited a report by the Postal Inspector General recommending that the USPS offer financial services – from check cashing and small loans to financial counseling and bill paying – as both a public service and business opportunity for the U.S. Post Office. Soon after, a large coalition of unions and economic justice groups – including the organization I co-founded, Commonomics USA – coalesced around the demand for postal banking. We strategized, pushed the message, hosted conference calls, forums and Q&As on postal banking, and waited.

One of the people we strategized with was Mehrsa Baradaran, a law professor at the University of Georgia who, in the process of releasing her book, How the Other Half Banks: Exclusion, Exploitation, and the Threat to Democracy, spoke at a forum we held in March. Baradaran’s argument is simple and forceful. “The basic idea of modern postal banking,” she writes, “is a public bank offering a wide range of transaction services, including financial transactions, remittance, savings accounts, and small lending. These institutions would remain affordable because of economies of scale and because of the existing postal infrastructure in the U.S. Plus, in the absence of shareholders, they would not be driven to seek profits and could sell services at cost.”

Baradaran’s book and accompanying articles coincided with Sanders’s sudden, somewhat media-driven embrace of postal banking earlier this month. Although Sanders has been a longtime supporter of public and postal banking, the concepts were not raised in his presidential campaign until after the first Democratic debate.

2. This is as much about saving the Postal Service as it is about helping working people.

The demand for postal banking incurs two advantages: It offers working people their own bank at a time when nearly 100 million Americans lack access to affordable financial services, but it also interrupts the relentless attack on the Post Office by conservatives and privatizers. The USPS doesn’t spend taxpayer money, and would run at a profit but for the poisonous provision of the Postal Enhancement and Accountability Act of 2006, which requires it to fund its pensions decades into the future. Postal banking, for extremely low fees and lending rates, would make the USPS financially solvent while providing a “public option” for those unable or unwilling to utilize private banks or expensive alternative services.

Keeping the USPS a public entity is important because, contrary to conservative talking points, the postal service is favored by a wide majority of Americans, and because it’s part of the commons. Jim Hightower calls the postal service “a civic treasure, a genuine public good that links all people and communities into one nation… [and] a a grassroots people’s asset that has even more potential than we’re presently tapping to serve the democratic ideal of the common good.”

3. Privatizers and the payday lending lobby are attempting to pack the Postal Board of Governors, sabotaging the USPS.

As it turned out, the 2014-15 push for postal banking could not have come at a better time. This year it became apparent that privatizers and financial predators controlled the nominating process for the Board of Governors of the U.S. Postal Service, the oversight board that selects the Postmaster General and purports to keep the USPS accountable to public officials. The nomination slate, approved by the Republican-controlled Committee on Homeland Security and Governmental Affairs, includes Mickey D. Barnett, a lobbyist for the payday lending industry, and James C. Miller III, the former director of the Office of Management and Budget who has gone on record saying the USPS shouldn’t even exist and should be entirely privatized.

The Board of Governors already tilts heavily towards big corporations; for example, it requires that nominees have managed organizations with over 50,000 people. Putting privatizers and payday lending lobbyists on the Board is like an automobile repair shop hiring a chief mechanic who wants the shop to close down. In a letter to the Senate leadership, presidents and directors of the Leadership Conference on Civil and Human Rights, AFSCME, the AFL-CIO, the NAACP, SEIU, the National Urban League, La Raza and other organizations have urged the rejection of the Board’s cynical slate of nominees. The American Postal Workers Union is currently preparing a public petition that also urges the rejection of these saboteur candidates.

4. If we want to smash the payday lenders, we probably need a new Congress.

The initial proposals made by the Postal Inspector General included small loans. But it’s doubtful the USPS can implement those on a national scale without the enabling legislation. While small-scale lending operations might be feasible in individual pilot projects, officials are reluctant to approve them on a federal basis. In order for postal lending to offer a true alternative that shuts out predatory payday lending, it needs to be national – and it needs political will behind it. Baradaran, Sanders, Warren and other advocates support the loan program. Indeed, many see it as the most attractive feature of postal banking.

Even absent direct lending services, postal banks could help stabilize people’s financial lives so that desperate borrowing from predatory lenders would become unnecessary. With half of Americans unable to weather financial emergencies exceeding $400, a lending component to the postal banking model is critical – and the movement must keep demanding it, even if elected officials and the USPS leadership appear to drag their feet.

5. Payday lenders really are as bad as we think they are.

Payday lenders and their defenders are pathologically insensitive to the plight of economically disadvantaged people – especially domestic violence victims who often rely on payday loans to gain temporary financial freedom. The lenders influence far too many elected officials, and their sphere of power includes those who want to privatize postal services entirely.

In his comments to the audience at last year’s Pew Charitable Trusts forum on postal banking, California Rep. Darrel Issa claimed that the USPS is “highly subsidized,” that banking was never a part of USPS history, and that the payday lending industry is overregulated – all of which is untrue. Issa himself was one of the champions of the toxic Postal Accountability and Enhancement Act and has been an apologist for payday lenders for years.

Even though the USPS is a federal entity, local communities can play a role saving post offices while creating banks in them. On Oct. 20, the city of Berkeley sent a letter to the USPS requesting a pilot postal banking program. Although such demands remain a longshot for now, it’s important to keep making them. Joining and supporting organizations that advocate public and postal banking has never been more important – and that support can start here at Campaign for Postal Banking.

Bernie Sanders’s presidential run, as groundbreaking and inspiring as so many find it, is up against powerful forces. We can’t let the movement for financial access and egalitarian banking stand or fall with Mr. Sanders, or Elizabeth Warren, or any individual mainstream politician. The campaign must remain independent. This is a movement of many movements: to oppose the new nominees on the Board of Governors and save the Post Office from privatization, to implement public banks, and to marginalize and shut down the predatory payday loan and check-cashing industry. Postal banking isn’t about creating a free-money (or money-free) utopia. It’s about retaining control of public spaces, implementing public services there, and serving working people financially. Not only would it improve tens of millions of lives today – but it would give us confidence for the deeper fights beyond.

Matt Stannard is policy director at Commonomics USA and a member of the board of the Public Banking Institute. The views expressed in this article are solely his own. Hear Stannard discuss postal banking with Commonomics USA President Marc Armstrong in this new podcast.