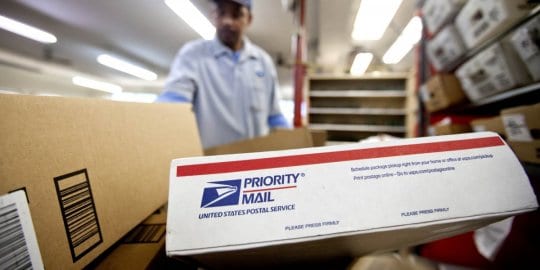 An idea going nowhere or could this be the start of something bigger?

It seems like an idea whose time has come. With one in four American households partially or entirely excluded from the current banking system, and with the U.S. Post Office in search of additional revenue, why not use the postal system to offer banking services to lower-income households?

In fact, this is an idea whose time has already come, more than once. Many nations – among them Great Britain, Japan, Germany, Israel, and Brazil – provide or have provided some form of postal banking services. So did the United States, until 1966.

It’s hardly a radical idea. The U.S. system was voted into law in 1910, during the presidency of William Howard Taft. In any case, a better way to describe it would be as a beginning.

What better way to start a much-needed transformation of our financial sector than by providing services to those communities the financial industry refers to as the “unbanked”? Right now those communities are routinely victimized by predatory payday lenders. As wefirst reported in 2010,

“Studies have shown that payday lenders disproportionately exploit minority neighborhoods with loans that are issued at an average annual interest rate of 455%. The average number of loan each borrower takes out is nine per year, according to one study, as these high rates lead to a cycle of indebtedness.”

Sen. Elizabeth Warren has endorsed the postal-banking concept, which David Dayen describes in more detail here. As Sen. Warren wrote recently, “if the Postal Service offered basic banking services — nothing fancy, just basic bill paying, check cashing and small-dollar loans — then it could provide affordable financial services for underserved families, and, at the same time, shore up its own financial footing.”

The report that stimulated all this new discussion was written by the Post Office’s Inspector General, and it makes a compelling case.

Who wouldn’t benefit from this proposal? Well, there are the payday lenders, of course. Then there are the politicians they support, and to serve them in return, like Sen. Bob Corker of Tennessee. The other politicians and lobbyists who feed at the trough, a spectacle which only becomes publicly visible when their lobbying succeeds – which is often.

And then there are the big banks who underwrite the payday lending industry to a large, and largely invisible, extent. Those banks were bailed out by the American taxpayer, and continue to benefit from implicit and explicit government subsidies.

As the big-money interests band together to decry postal banking as “socialism,” it might be worth asking them why it’s not socialistic to keep bailing out the private-sector predators who currently dominate this market.

But there are other reasons to support this concept, too. If it works – and it will, if managed correctly – it will be a great boon for the transformative idea of public banking.  Public banking can include state-owned lending institutions like the Bank of North Dakota, county banks, and cooperatives. President Obama’s MyRA savings plan is also a form of public banking. Even Sen. Warren’s plan to link student loan rates to the rates which private banks get from the Federal Reserve is a variation on the public-banking theme.

Bankers, lobbyists, and their political apologists constantly tell us that the private sector can manage money better than the government can. If so, they should have no compunction about supporting this idea. Private lenders will still be free to compete for this business. If they can offer a better and more reliable product, and they can do so legally and ethically, they have nothing to fear.

They do have something to fear, of course: competition. While they claim to embrace it, they have no interests in proving their worth by competing on a level playing field with government – or, for that matter, with their own smaller competitors like credit unions and community banks.

Government institutions like the Post Office have a number of advantages over the big banks. For one thing, they have publicly accountable inspector generals, like the one who wrote this report. As has been demonstrated by recent experience, the private banks do not. Instead, powerful Wall Street institutions have a history of fraud and criminality that has been tacitly encouraged by lax law enforcement in Washington.

The situation has gotten so bad that the editor-in-chief of American Banker concluded this week that “bank executives would be crazy to hold back (from unethical and corrupt acts). If they get caught, they can pay their way out of the problems with shareholders’ money. And if their misdeeds pay off as expected, the profits will goose their pay.”

In a situation like that, who would you trust with your money: a powerful Wall Street banker, or a government institution? It’s time the big banks competed for the public’s business and stopped being the primary recipients of the public’s largesse. We need a sea-change in the banking industry. Public banking could provide it – either by transforming the banking system, or by forcing it to transform itself through genuine competition.

The postal banking concept deserves consideration on its own merits. But there’s another compelling reason to support it: It could be the start of something big.

Richard (RJ) Eskow is a well-known blogger and writer, a former Wall Street executive, an experienced consultant, and a former musician. He has experience in health insurance and economics, occupational health, benefits, risk management, finance, and information technology. Richard has consulting experience in the US and over 20 countries.