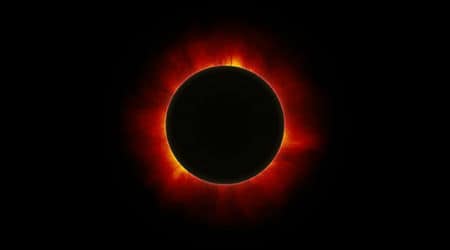 During the past twenty years, California has led the nation in transitioning to solar energy. The state has more homes with rooftop solar panels than any other, and solar power is now California’s number-one renewable energy source. Researchers have pointed to California’s innovative incentive programs, which have made switching to solar relatively affordable for consumers, as the primary reason for the state’s success. But over the past year, PG&E and California’s other investor-owned utilities have attempted to dramatically roll back the state’s incentive programs and slow the pace of solar adoption, apparently to protect their own profits.

In December, the California Public Utilities Commission (CPUC), which is supposed to regulate the utilities and protect the rights of consumers, sided with PG&E and the other utilities in a decision that could substantially impact the expansion of clean-energy projects in the state. And this week, the utilities are asking the CPUC to curtail the financial viability of rooftop solar. If the CPUC agrees, a national model for renewable-energy adoption will be shattered.

This week’s scheduled CPUC vote, which could occur on Thursday, concerns the amount of money that utilities must pay homeowners who generate more electricity than they need from their rooftop solar panels. Under current rules known as “net-energy-metering,” PG&E and the other utilities must credit rooftop solar owners on their energy bills at the standard retail prices for the excess power they send back to the grid. Rooftop solar owners can thereby reduce their energy bills to zero.

But PG&E, Southern California Edison, and San Diego Gas & Electric want to slash the rates they pay for rooftop solar, and they want the CPUC to establish costly connection and usage fees for new solar users. Solar proponents say that if the commission gives in to the utilities’ demands, then it will effectively snuff out the future of solar power in California. “Simply put, this would gut [net-energy-metering] … and deter customer solar,” said Mark Ferron, a former CPUC commissioner, speaking as a private citizen, according to the Los Angeles Times.

CPUC staffers are recommending against the utilities’ overall plan (although they are proposing connection fees for new rooftop solar owners of up to $150 per customer). But last month, the commission itself voted against renewable-energy consumers and advocates, and in favor of the utilities on another issue that could have wide-ranging impacts on large green-energy projects.

In that decision, the CPUC established steep financial penalties for consumers who live in cities that choose to sever ties with PG&E or another utility and create or join a renewable-energy consortium — known as Community Choice Aggregation (CCA). During the past few years, an increasing number of municipalities have voted to join or create CCAs. The City of Richmond joined the Marin County CCA, known as Marin Clean Energy. San Francisco is currently launching its own CCA, and Alameda and Contra Costa counties are expected to follow suit. CCAs spur the growth of large green-energy projects, like industrial-size solar farms, because they buy the renewable energy directly from the producer, rather than relying on PG&E.

But the CPUC’s vote in December promises to slow the proliferation of CCAs. That’s because the commission decided to hike the fees paid by consumers who live in cities that join or create CCAs by 95 percent. According to Richmond Mayor Tom Butt, the commission’s decision means that Marin Clean Energy customers will have to pay an additional $36 million to PG&E this year.

Butt said in an interview that the CPUC’s vote likely will “make it more politically difficult” for other cities and counties to join or create CCAs. “The irony is that this happened [the commisson’s vote] right after we got back from Paris,” the mayor said, referring to the UN Climate Talks in December.

The CPUC’s decision also contradicted research findings on the state’s solar-energy incentive programs. In 2014, researchers for the Center for American Progress concluded that California’s programs have been “very successful” and called them a “model” for the rest of the nation. “California’s programs and policies have increased solar adoption rates and have made it easier for middle- and lower-income households to adopt solar,” the report stated.

So why does PG&E want to wreck California’s model programs? The utility has used the same argument for hiking rates for CCA adopters and slashing what it pays for rooftop-solar electricity: “fairness.” That is, the utility claims that the growth of CCAs and rooftop solar has resulted in fewer PG&E customers, who then must shoulder a larger share of paying for the utility’s power system. PG&E argues that slashing incentives for CCAs and rooftop solar makes it “fairer” for everyone.

In truth, however, PG&E and other utilities seem to be more worried about losing additional customers and thus becoming less profitable and, perhaps, less viable.

Of course, the state’s utilities wouldn’t have such worries if they were switching more quickly to renewable energy. After all, one of the biggest reasons that cities and counties are joining and creating CCAs is because they’re dismayed that PG&E and the other utilities are still overly dependent on fossil fuels.

Moreover, if we’re going to stave off catastrophic climate change, then we should be increasing incentives for renewable energy adoption, not rolling them back. If it becomes more expensive to live in cities that don’t join or create CCAs, then that will put pressure on those places to go green. The same goes for rooftop solar. If it becomes less expensive than the status quo, then more people will adopt it.

Nevada provides a perfect example of the power of incentives. Last year, Nevada decided to agree to the demands made by its utilities and establish stiff penalties for rooftop solar users. What happened? The renewable energy giant Solar City immediately vacated the Nevada solar market, and the solar industry there is now in a death spiral.

The CPUC should view Nevada as a cautionary tale and reject PG&E’s proposal to inflict the same kind of harm on California.