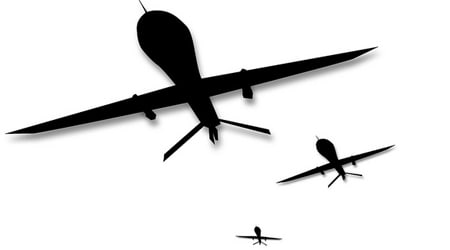 Democrats, Republicans, and Independents, we all believe that government should be transparent and accountable, right?

How should we decide where we stand on a controversial government policy? A crucial first step is to try to establish key facts in the public record.

CIA chief John Brennan – the same guy who has led efforts to obstruct the Senate Intelligence Committee’s investigation of CIA torture – has publicly claimed that civilian casualties resulting from its policy of conducting drone strikes in Pakistan, Yemen, and Somalia have been “exceedingly rare.” But the record of independent reporting strongly suggests that John Brennan’s claim was not true.

Can we have a meaningful democratic discussion about whether we should support the drone strike policy without being able to make an informed judgment on whether John Brennan’s claim was true or false?

Until now, there is no public official source of information on how many civilians have been killed by U.S. drone strikes.

At long last, two Members of the House have taken a step to address this unacceptable situation which, if it garnered public support, could have a meaningful impact. They introduced a bill to require a public report, expanding on a provision that was passed last fall by the Senate Intelligence Committee.

Reps. Adam Schiff (D-CA) – a member of the House Intelligence Committee – and Walter Jones (R-NC) – a member of the House Armed Services Committee – have introduced legislation – the Targeted Lethal Force Transparency Act – to require an annual report on the number of combatants and civilians killed or injured annually by U.S. drone strikes. The bill also requires that the report include the definitions of combatants and civilian noncombatants used. This is important, because many people believe – indeed, the New York Times reported in May 2012 – that the CIA came up with its story that civilian casualties have been “exceedingly rare” by undercounting who was a “civilian.”

The bill also requires that the first annual report go back five years. This is important because U.S. obligations to international law – in the wake of Crimea, we all support compliance with international law now, right? – demand accountability for past actions, not only future actions.

Here is what the New York Times reported in May 2012 about counting civilian casualties, for which the U.S. government has never been effectively called to account:

Obama embraced a disputed method for counting civilian casualties that did little to box him in. It in effect counts all military-age males in a strike zone as combatants, according to several administration officials, unless there is explicit intelligence posthumously proving them innocent. […]

But in interviews, three former senior intelligence officials expressed disbelief that the number could be so low. The C.I.A. accounting has so troubled some administration officials outside the agency that they have brought their concerns to the White House. One called it “guilt by association” that has led to “deceptive” estimates of civilian casualties.

“It bothers me when they say there were seven guys, so they must all be militants,” the official said. “They count the corpses and they’re not really sure who they are.”

The Schiff-Jones bill has been endorsed by Amnesty International and Human Rights Watch.

Whether the introduction of this legislation will mark a turning point in efforts to subject the drone strike policy to democratic scrutiny and the rule of law will significantly depend on whether members of the public rally behind the Schiff-Jones bill, and press their representatives in Congress to co-sponsor it.

That, dear reader, is up to you. You can ask your representative to co-sponsor the Schiff-Jones bill here.

—
This work is licensed under a Creative Commons Attribution-Share Alike 3.0 License.

Robert Naiman is Policy Director at Just Foreign Policy. Naiman has worked as a policy analyst and researcher at the Center for Economic and Policy Research and Public Citizen’s Global Trade Watch. He has masters degrees in economics and mathematics from the University of Illinois and has studied and worked in the Middle East. You can contact him here.