Palestinians Have a Right to Defend Themselves — Why Is This Obvious Truth Suppressed? 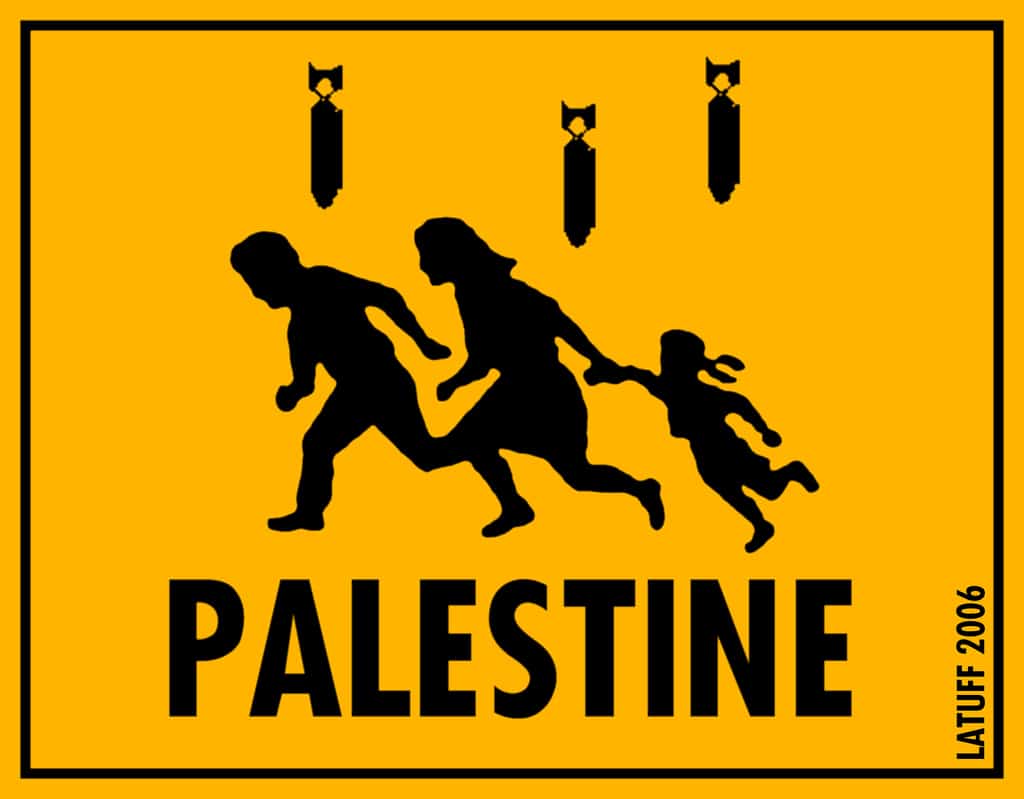 If Israel insists, as the Bosnian Serbs did in Sarajevo, on using the weapons of industrial warfare against a helpless civilian population then that population has an inherent right to self-defense under Article 51 of the United Nations Charter. The international community will have to either act to immediately halt Israeli attacks and lift the blockade of Gaza or acknowledge the right of the Palestinians to use weapons to defend themselves.

No nation, including any in the Muslim world, appears willing to intervene to protect the Palestinians. No world body, including the United Nations, appears willing or able to pressure Israel through sanctions to conform to the norms of international law. And the longer we in the world community fail to act, the worse the spiral of violence will become.

Violence, even when employed in self-defense, is a curse. It empowers the ruthless and punishes the innocent. It leaves in its aftermath horrific emotional and physical scars. But, as I learned in Sarajevo during the 1990s Bosnian War, when forces bent on your annihilation attack you relentlessly, and when no one comes to your aid, you must aid yourself. When Sarajevo was being hit with 2,000 shells a day and under heavy sniper fire in the summer of 1995 no one among the suffering Bosnians spoke to me about wanting to mount nonviolent resistance. No one among them saw the U.N.-imposed arms embargo against the Bosnian government as rational, given the rain of sniper fire and the 90-millimeter tank rounds and 155-millimeter howitzer shells that were exploding day and night in the city. The Bosnians were reduced, like the Palestinians in Gaza, to smuggling in light weapons through clandestine tunnels. Their enemies, the Serbs—like the Israelis in the current conflict—were constantly trying to blow up tunnels. The Bosnian forces in Sarajevo, with their meager weapons, desperately attempted to hold the trench lines that circled the city. And it is much the same in Gaza. It was only repeated NATO airstrikes in the fall of 1995 that prevented the Bosnian-held areas from being overrun by advancing Serbian forces. The Palestinians cannot count on a similar intervention.

The number of dead in Gaza resulting from the Israeli assault has topped 650, and about 80 percent have been civilians. The number of wounded Palestinians is over 4,000 and a substantial fraction of these victims are children. At what point do the numbers of dead and wounded justify self-defense? 5,000? 10,000? 20,000? At what point do Palestinians have the elemental right to protect their families and their homes?

Article 51 does not answer these specific questions, but the International Court of Justice does in the case of Nicaragua v. United States. The court ruled in that case that a state must endure an armed attack before it can resort to self-defense. The definition of an armed attack, in addition to being “action by regular armed forces across an international border,” includes sending or sponsoring armed bands, mercenaries or irregulars that commit acts of force against another state. The court held that any state under attack must first request outside assistance before undertaking armed self-defense. According to U.N. Charter Article 51, a state’s right to self-defense ends when the Security Council meets the terms of the article by “tak[ing] the measures necessary to maintain international peace and security.”

The failure of the international community to respond has left the Palestinians with no choice. The United States, since Israel’s establishment in 1948, has vetoed in the U.N. Security Council more than 40 resolutions that sought to curb Israel’s lust for occupation and violence against the Palestinians. And it has ignored the few successful resolutions aimed at safeguarding Palestinian rights, such as Security Council Resolution 465, passed in 1980.

Israel, as an occupying power, is in direct violation of Article III of the Geneva Convention Relative to the Protection of Civilian Persons in Time of War. This convention lays out the minimum standards for the protection of civilians in a conflict that is not international in scope. Article 3(1) states that those who take no active role in hostilities must be treated humanely, without discrimination, regardless of racial, social, religious or economic distinctions. The article prohibits certain acts commonly carried out against noncombatants in regions of armed conflict, including murder, mutilation, cruel treatment and torture. It prohibits the taking of hostages as well as sentences given without adequate due process of law. Article 3(2) mandates care for the sick and wounded.

Israel has not only violated the tenets of Article III but has amply fulfilled the conditions of an aggressor state as defined by Article 51. But for Israel, as for the United States, international law holds little importance. The U.S. ignored the verdict of the international court in Nicaragua v. United States and, along with Israel, does not accept the jurisdiction of the tribunal. It does not matter how many Palestinians are killed or wounded, how many Palestinian homes are demolished, how dire the poverty becomes in Gaza or the West Bank, how many years Gaza is under a blockade or how many settlements go up on Palestinian territory. Israel, with our protection, can act with impunity.

The unanimous U.S. Senate vote in support of the Israeli attacks on Gaza, the media’s slavish parroting of Israeli propaganda and the Obama administration’s mindless repetition of pro-Israeli clichés have turned us into cheerleaders for Israeli war crimes. We fund and abet these crimes with $3.1 billion a year in military aid to Israel. We are responsible for the slaughter. No one in the establishment, including our most liberal senator, Bernie Sanders, dares defy the Israel lobby. And since we refuse to act to make peace and justice possible we should not wonder why the Palestinians carry out armed resistance.

The Palestinians will reject, as long as possible, any cease-fire that does not include a lifting of the Israeli blockade of Gaza. They have lost hope that foreign governments will save them. They know their fate rests in their own hands. The revolt in Gaza is an act of solidarity with the world outside its walls. It is an attempt to assert in the face of overwhelming odds and barbaric conditions the humanity and agency of the Palestinian people. There is little in life that Palestinians can choose, but they can choose how to die. And many Palestinians, especially young men trapped in overcrowded hovels where they have no work and little dignity, will risk immediate death to defy the slow, humiliating death of occupation.

I cannot blame them.

Chris Hedges, a Pulitzer Prize-winning reporter, writes a regular column for Truthdig every Monday. Hedges’ most recent book is “Empire of Illusion: The End of Literacy and the Triumph of Spectacle.”