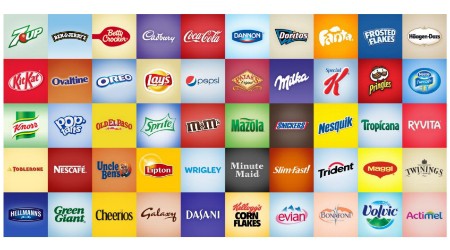 Graphic: Oxfam Behind the Brands

By Dave Johnson
Back to (our) Future

Take a look at Oxfam’s report, “Behind the Brands: Food justice and the ‘Big 10’ food and beverage companies.”

A Food System In Crisis

The Behind the Brands report explains, “For more than 100 years, the world’s most powerful food and beverage companies have relied on cheap land and labor to produce inexpensive products and huge profits. But these profits have often come at the cost of the environment and local communities around the world, and have contributed to a food system in crisis.”

The report includes a great infographic showing how just ten multinational conglomerates control almost all of the food and beverage “brands” we all recognize. These ten companies “collectively generate revenues of more than $1.1bn a day.” 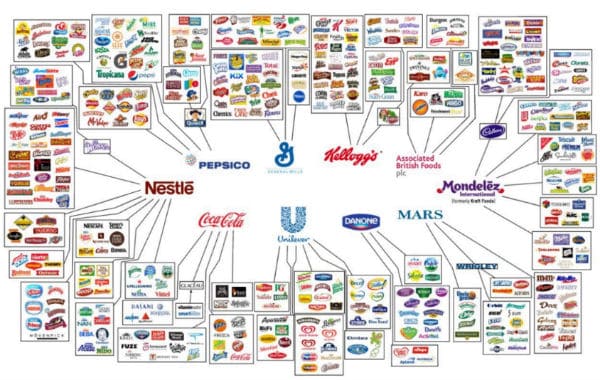 Graphic: Oxfam Behind the Brands

Behind the Brands is part of Oxfam’s GROW campaign to help create a world where everyone has enough to eat. Right now, nearly one in eight people on earth go to bed hungry. Sadly, the majority of these people are farmers or farm workers supplying the very food system that is failing them. Yet there is enough food for everyone. That’s an outrage – but we can be the generation that ends this crazy situation.

While the food system is complex and its problems multi-faceted, we know that the world’s largest food and beverage companies have enormous influence. Their policies drive how food is produced, the way resources are used and the extent to which the benefits trickle down to the marginalised millions at the bottom of their supply chains.

Oxfam’s Behind the Brands campaign aims to provide people who buy and enjoy these products with the information they need to hold the Big 10 to account for what happens in their supply chains. In putting together a scorecard based entirely on publicly available information on company policies, we posed the question “what are they doing to clean up their supply chains”?