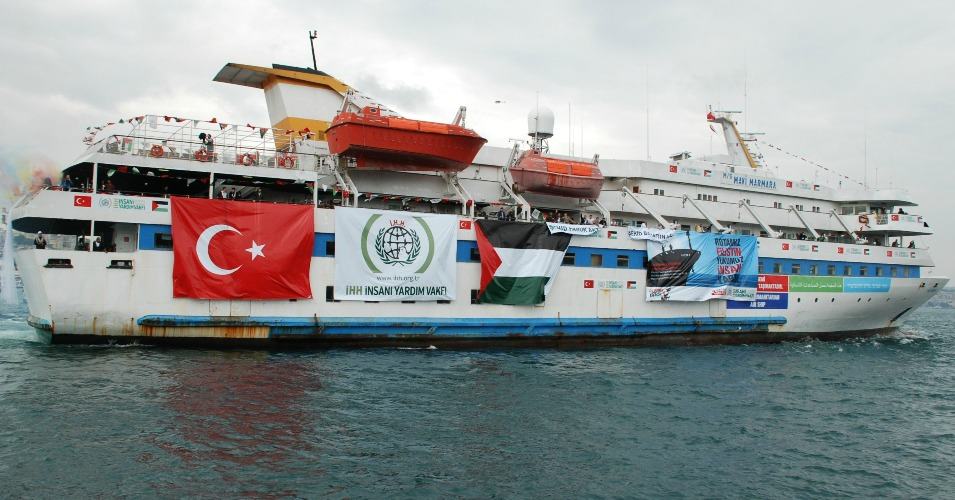 The International Criminal Court is being accused of “defying justice” following Thursday’s announcement that prosecutors will not further investigate or press charges against Israel for its 2010 deadly assault on a Gaza-bound flotilla bearing humanitarian aid from Turkey.

The ruling came despite the court’s acknowledgement that Israel likely committed war crimes.

ICC prosecutor Fatou Bensouda stated Thursday that “there is a reasonable basis to believe” that Israel committed “war crimes” in its attack on the Mavi Marmara vessel, echoing the findings of a 61-page report by ICC prosecutors. But Bensouda went on to state that the potential case or cases arising from such an investigation “would not be of ‘sufficient gravity’ to justify further action by the ICC.”

“In the final analysis, I have, therefore, concluded that the legal requirements under the Rome Statute to open an investigation have not been met and I am announcing that the preliminary examination has been closed,” Besouda decided.

The Center for Constitutional Rights blasted the court’s decision: “It is outrageous that the ICC is refusing to prosecute Israeli officials despite acknowledging that there’s a reasonable basis to believe that war crimes were committed. For the court to say the case ‘would not be of sufficient gravity’ to justify further action when the Israeli Defense Force attacked international vessels in international waters, killed nine people and seriously injured many more, defies any reasonable understanding of justice and international law.”

“Calling it a war crime is encouraging, but there is a factor of disappointment that they will not take this investigation further,” Ehab Lotayef of the Freedom Flotilla Coalition told Common Dreams. “Israel commits war crimes against unarmed civilians in many incidents, whether inside occupied territories in Gaza or the West Bank, whether against internationals or locals.”

Turkish lawyer Ramazan Ariturk, who is representing Comoros in the case, pledged that he will continue to pursue the case. “This is a moral struggle that we’re pursuing by ourselves. It’s a legal struggle, a struggle in the name of humanity. This struggle isn’t over,” he told reporters in Istanbul. “We will object to a higher court at the International Criminal Court and we believe without a doubt that we will prevail.”

The ICC’s ruling is the result of a preliminary investigation launched by Bensouda last year after the African state of Comoros, an ICC member, filed a complaint to the court. Israel and Turkey are not members of the court, and Turkey is separately pursuing legal action against Israeli military officers behind the attack.

Israeli naval commandos stormed the Mavi Marmara on the May 31, 2010, immediately killing nine people and wounding over 50, with one person later dying from the wounds sustained. Eighteen-year-old U.S. citizen Furkan Doğan was filming the raid when he was shot several times, including in the face at point-blank range, resulting in his death.

In the aftermath of the attack, Israel faced international criticism and protest, including demands from the Turkish government for a formal apology, which Israel has repeatedly refused.

The Mavi Marmara was one of six ships in 2010, organized by an international coalition of campaigners for Palestinian rights, blocked and raided by Israel while attempting to break the siege of Gaza. For the past six years, solidarity ships have sought to sail to Gaza from around the world, but since 2008, none have reached their destination. Following Isreal’s latest seven-week attack on Gaza, civil society groups from around the world announced in August they will sail another “freedom flotilla” to break the siege, but did not publicly disclose a location or date.