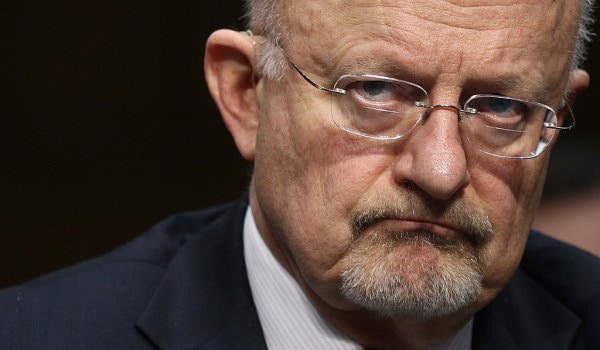 On Thursday the former National Security Agency official and whistle-blower William E. Binney and I will debate Stewart A. Baker, a former general counsel for the NSA, P.J. Crowley, a former State Department spokesman, and the media pundit Jeffrey Toobin. The debate, at Oxford University, will center on whether Edward Snowden’s leaks helped or harmed the public good. The proposition asks: “Is Edward Snowden a Hero?” But, on a deeper level, the debate will revolve around our nation’s loss of liberty.

The government officials who, along with their courtiers in the press, castigate Snowden insist that congressional and judicial oversight, the right to privacy, the rule of law, freedom of the press and the right to express dissent remain inviolate. They use the old words and the old phrases, old laws and old constitutional guarantees to give our corporate totalitarianism a democratic veneer. They insist that the system works. They tell us we are still protected by the Fourth Amendment: “The right of the people to be secure in their persons, houses, papers, and effects, against unreasonable searches and seizures, shall not be violated, and no Warrants shall issue, but upon probable cause, supported by Oath or affirmation, and particularly describing the place to be searched, and the persons or things to be seized.” Yet the promise of that sentence in the Bill of Rights is pitted against the fact that every telephone call we make, every email or text we send or receive, every website we visit and many of our travels are tracked, recorded and stored in government computers. The Fourth Amendment was written in 1789 in direct response to the arbitrary and unchecked search powers that the British had exercised through general warrants called writs of assistance, which played a significant part in fomenting the American Revolution. A technical system of surveillance designed to monitor those considered to be a danger to the state has, in the words of Binney, been “turned against you.”

We live in what the German political scientist Ernst Fraenkel called “the dual state.” Totalitarian states are always dual states. In the dual state civil liberties are abolished in the name of national security. The political sphere becomes a vacuum “as far as the law is concerned,” Fraenkel wrote. There is no legal check on power. Official bodies operate with impunity outside the law. In the dual state the government can convict citizens on secret evidence in secret courts. It can strip citizens of due process and detain, torture or assassinate them, serving as judge, jury and executioner. It rules according to its own arbitrary whims and prerogatives. The outward forms of democratic participation—voting, competing political parties, judicial oversight and legislation—are hollow, political stagecraft. Fraenkel called those who wield this unchecked power over the citizenry “the prerogative state.”

The masses in a totalitarian structure live in what Fraenkel termed “the normative state.” The normative state, he said, is defenseless against the abuses of the prerogative state. Citizens are subjected to draconian laws and regulations, as well as arbitrary searches and arrests. The police and internal security are omnipotent. The internal workings of power are secret. Free expression and opposition political activity are pushed to the fringes of society or shut down. Those who challenge the abuses of power by the prerogative state, those who, like Snowden, expose the crimes carried out by government, are made into criminals. Totalitarian states always invert the moral order. It is the wicked who rule. It is the just who are damned.

Snowden, we are told, could have reformed from the inside. He could have gone to his superiors or Congress or the courts. But Snowden had numerous examples—including the persecution of the whistle-blower Thomas Drake, who originally tried to go through so-called proper channels—to remind him that working within the system is fatal. He had watched as senior officials including Barack Obama lied to the public about internal surveillance. He knew that the president was dishonest when he assured Americans that the Foreign Intelligence Surveillance Court, which meets in secret and hears only from the government, is “transparent.” He knew that the president’s statement that Congress was “overseeing the entire program” was false. He knew that everything Director of National Intelligence James Clapper told the press, the Congress and the public about the surveillance of Americans was a lie. And he knew that if this information was to be made available to the public he would have to do so through a few journalists whose integrity he could trust.

I was a plaintiff before the Supreme Court in Clapper v. Amnesty International, which challenged the FISA Amendments Act of 2008. This act authorizes surveillance without a showing, or probable cause, that a targeted person is an agent of a foreign power. The court dismissed our lawsuit because, it said, the idea that we were targets of surveillance was “based too much on speculation.” That Supreme Court ruling was then used by the 2nd Circuit Court of Appeals to deny the credibility, or standing, of the other plaintiffs and me when it heard the Obama administration’s appeal of our successful challenge to Section 1021 of the National Defense Authorization Act (NDAA), a provision that permits the U.S. military to detain citizens in military facilities, strip them of due process and hold them indefinitely. The government, in both court cases, did not attempt to defend the surveillance and detention programs as constitutional. It said that I and the other plaintiffs had no right to bring the cases to court. And the courts agreed.

This deadly impasse, the tightening of the corporate totalitarian noose, would have continued if Snowden had not jolted the nation awake by disclosing the crimes of the prerogative state. Snowden’s revelations triggered, for the first time, a genuine public debate about mass surveillance. Since the disclosures, three judges have ruled on the NSA’s surveillance program, one defending it as legal and two accusing the NSA of violating the Constitution. A presidential panel has criticized the agency’s blanket surveillance and called for reform. Some members of Congress—although that body authorized the Patriot Act and its Section 215, which ostensibly permitted this wholesale surveillance of the public—have expressed dismay at the extent of the NSA’s activities and the weakness of its promised reforms. Maybe they are lying. Maybe they are not. Maybe reforms will produce improvements or maybe they will be merely cosmetic. But before Snowden we had nothing. Snowden’s revelations made us conscious. And as George Orwell wrote in his dystopian novel “1984”: “Until they become conscious they will never rebel. …”

“Now, we’re all familiar with Congress’ most dramatic oversight failure,” said Ben Wizner, the director of the American Civil Liberties Union Speech, Privacy & Technology Project and a legal adviser to Snowden, in a recent debate over Snowden with R. James Woolsey, a former director of the Central Intelligence Agency. “And this was in the notorious exchange between Sen. Ron Wyden and Director of National Intelligence James Clapper. Wyden had asked, did the NSA collect any type of data on millions or hundreds of millions of Americans? Clapper’s answer was, ‘No, sir.’ Now, this brazen falsehood is most often described as Clapper’s lie to Congress, but that’s not what it was. Wyden knew that Clapper was lying. Only we didn’t know. And Congress lacked the courage to correct the record—allowed us to be deceived by the director of national intelligence.”

Societies that once had democratic traditions, or periods when openness was possible, are often seduced into totalitarian systems because those who rule continue to pay outward fealty to the ideals, practices and forms of the old systems. This was true when the Emperor Augustus dismantled the Roman Republic. It was true when Lenin and the Bolsheviks seized control of the autonomous soviets and ruthlessly centralized power. It was true following the collapse of the Weimar Republic and the rise of Nazi fascism. Thomas Paine described despotic government as a fungus growing out of a corrupt civil society. And this is what has happened to us.

No one who lives under constant surveillance, who is subject to detention anywhere at any time, whose conversations, messages, meetings, proclivities and habits are recorded, stored and analyzed, can be described as free. The relationship between the U.S. government and the U.S. citizen is now one of master and slave. Yet the prerogative state assures us that our rights are sacred, that it abides by the will of the people and the consent of the governed.

The defense of liberty, which Snowden exhibited when he cast his fortune, his safety and his life aside to inform the public of the forces arrayed against constitutional rights, entails grave risks in dual states. It demands personal sacrifice. Snowden has called us to this sacrifice. He has allowed us to see who we are and what we have become. He has given us a chance. He has also shown us the heavy cost of defiance. It is up to us to seize this chance and dismantle the prerogative state. This means removing from power those who stole our liberty and lied to us. It means refusing to naively trust in their promised reform—for reform will never come from those who are complicit in such crimes. It will come through Americans’ construction of mass movements and alternative centers of power that can mount sustained pressure. If we fail to sever these chains we will become, like many who did not rise up in time to save their civil societies, human chattel.